Because my resolution of completing a ‘New Year’s resolutions’ post by January first, was the first to go, I’m happily joining up with Dwija at House Unseen for her 2012 in 12 Photos link up. Maybe meditating on the past year will help me focus on a few important resolutions rather than the 1,468 I’ve currently jotted down. 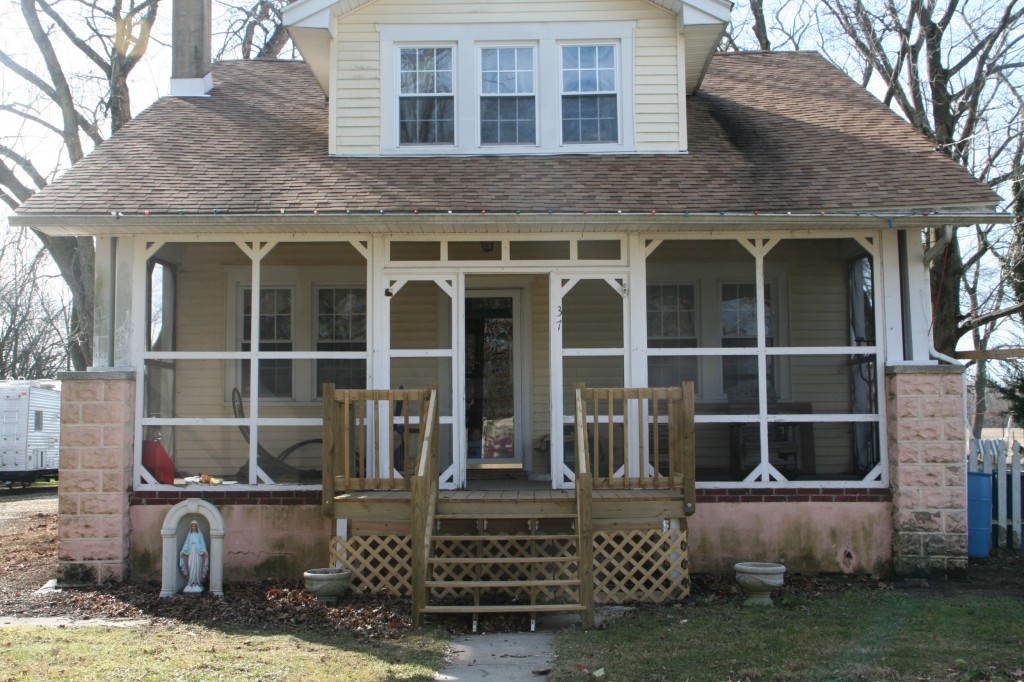 We decided to turn this screened-in porch into a new kitchen in order to open up the back of the house and ultimately, make the first floor more handicap accessible. We hired a contractor. He said three weeks, no problem. 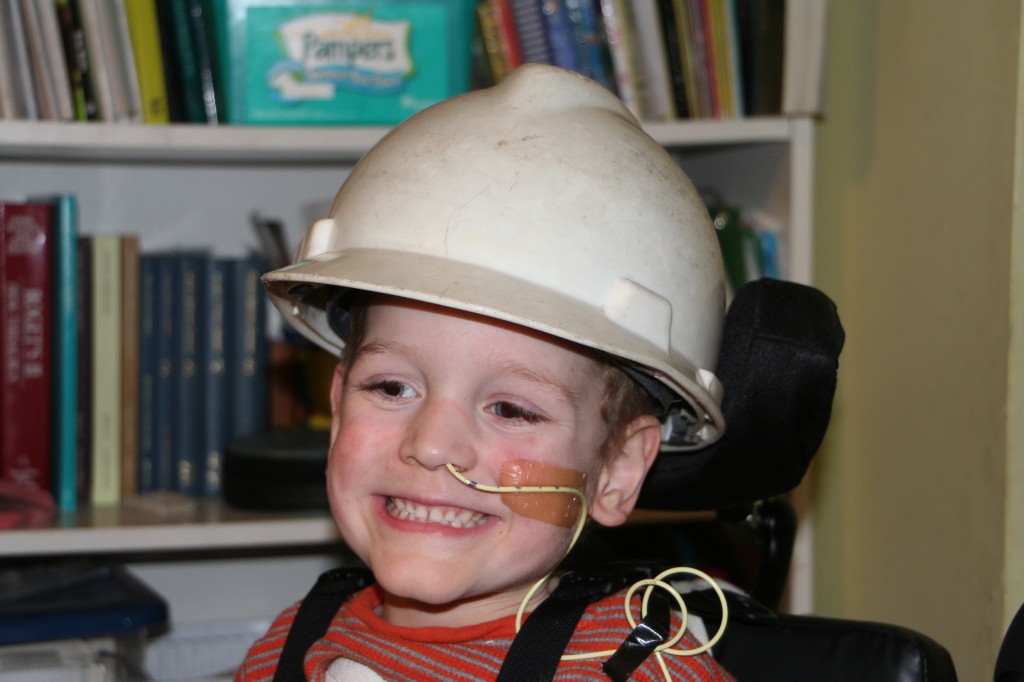 Pro: Fulton was approved for 35 hours of nursing care! YAY! Con: On the first day of the job the contractor discovers a big rotten support beam. He says, “It’ll add another week.” 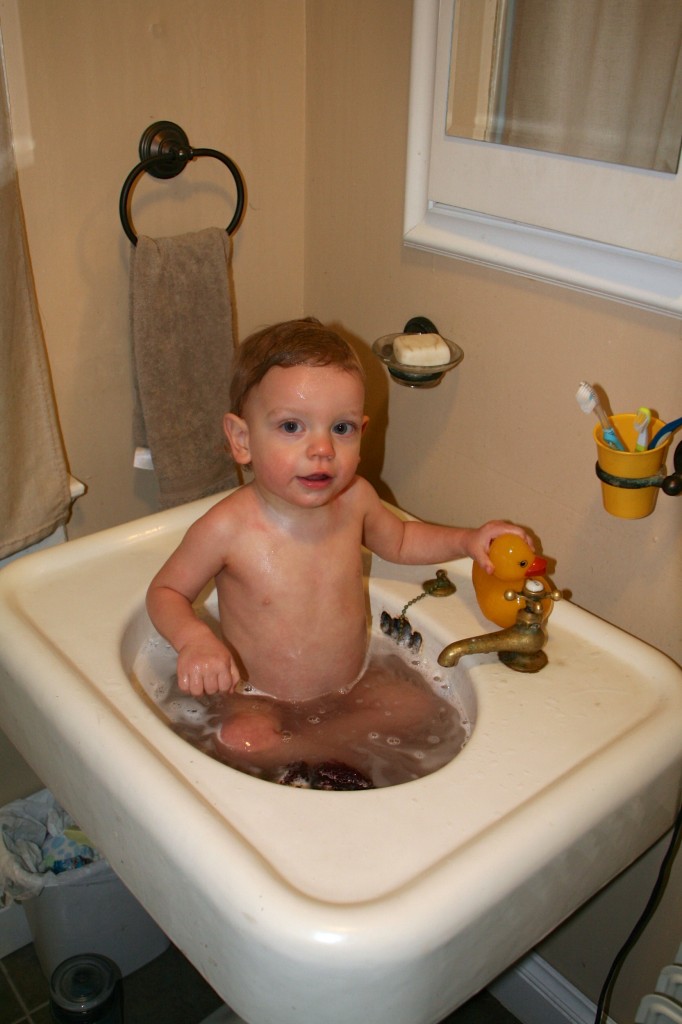 Naked baby in sink. No reason. 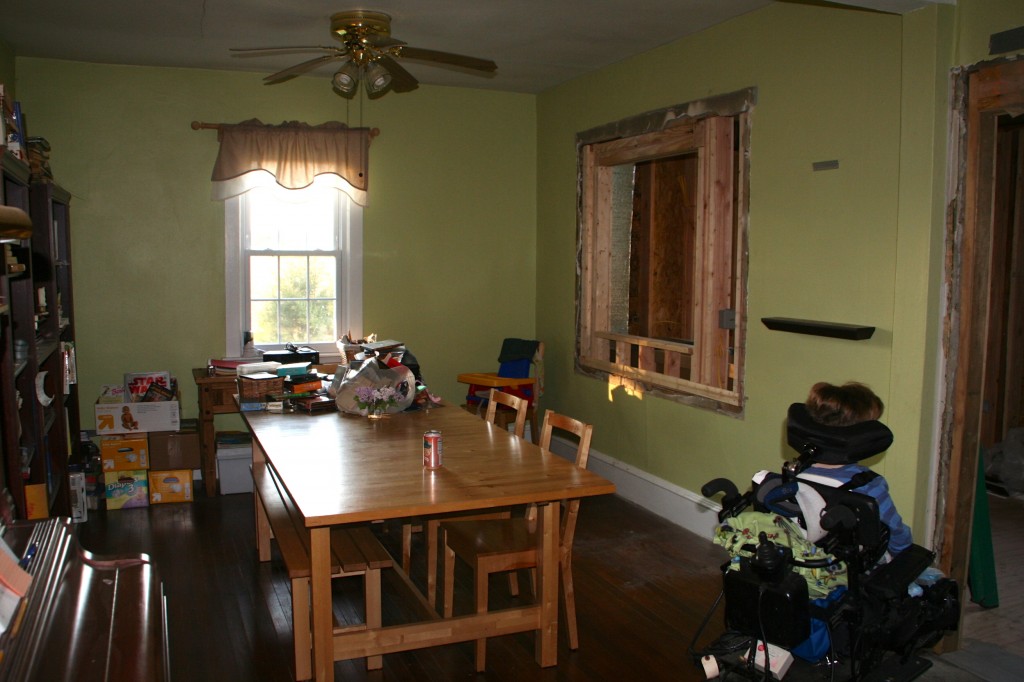 Amazingly enough, it’s been more than four weeks and my house is still a disorganized mess. Thankfully wonderful spring weather means we’re outside a lot. 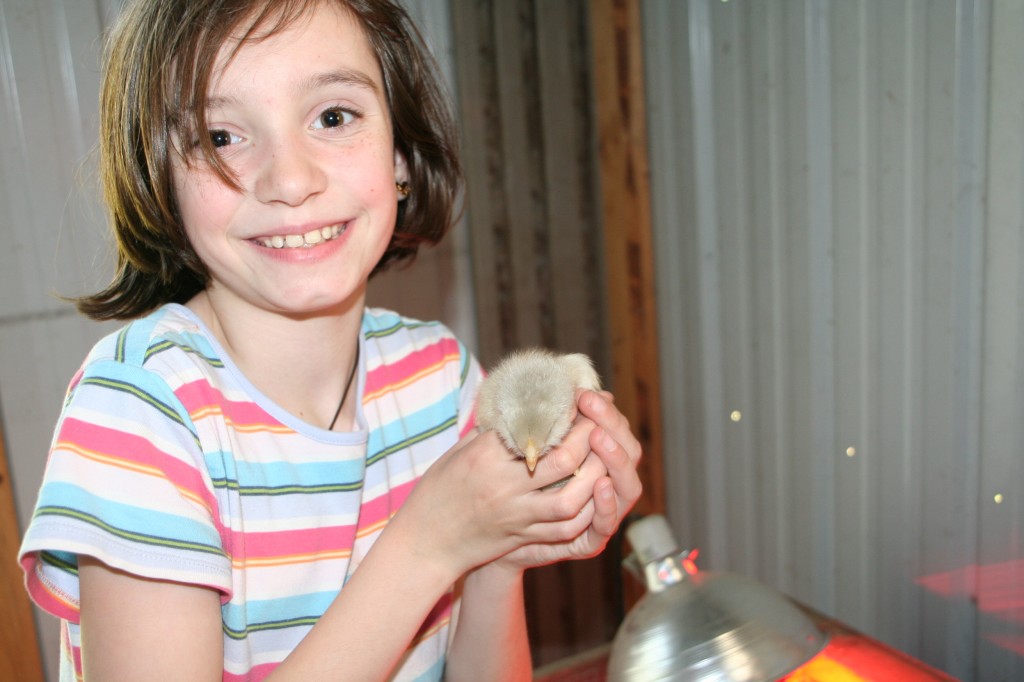 Hey, let’s order two dozen more chickens to distract us from the fact that our contractor walked out on us! So cute and therapeutic! 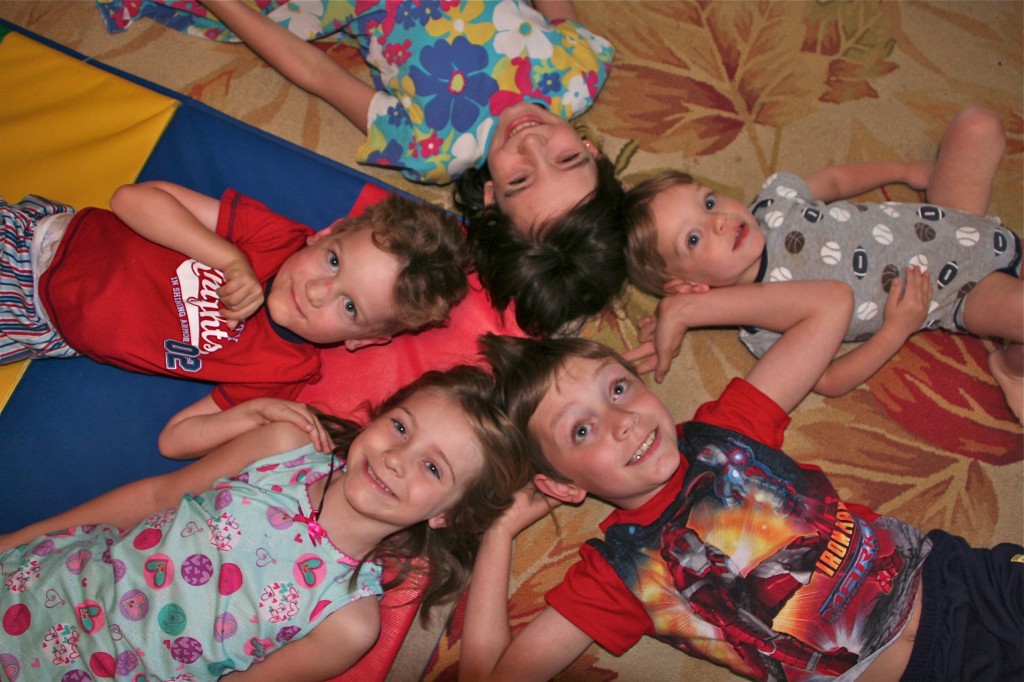 After three delays due to illness, Fulton has a gtube placed three days before he’s set to turn four. He makes it home on the 27th and wakes the next morning to the announcement of his namesake being declared venerable on his birthday. 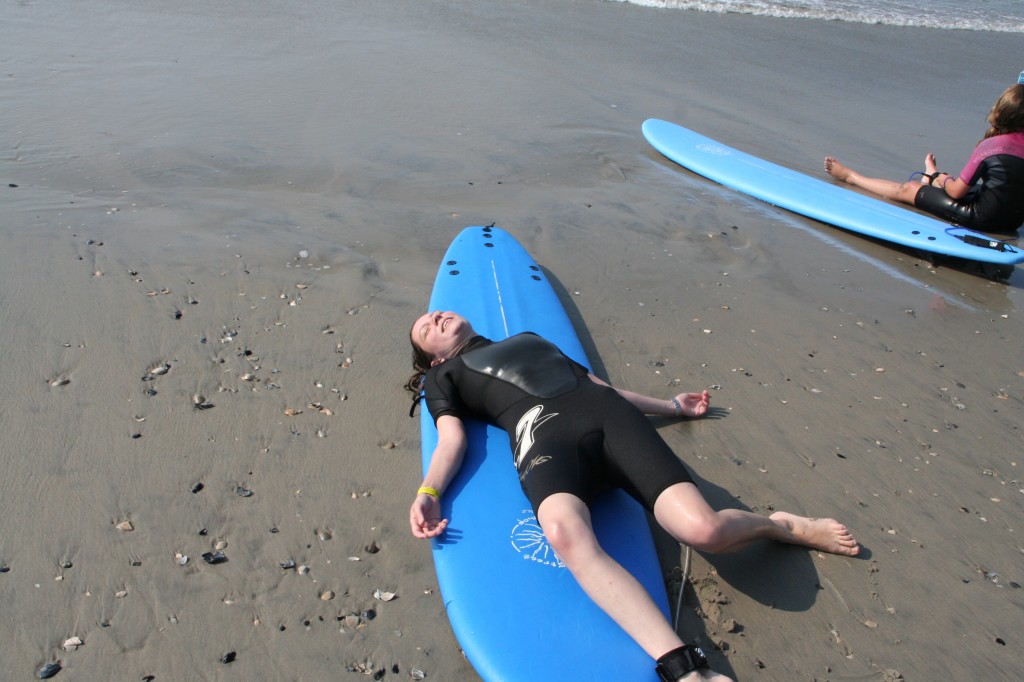 School wrapped up and we spent a week in Ocean City where I had a near brush with death from humiliation. 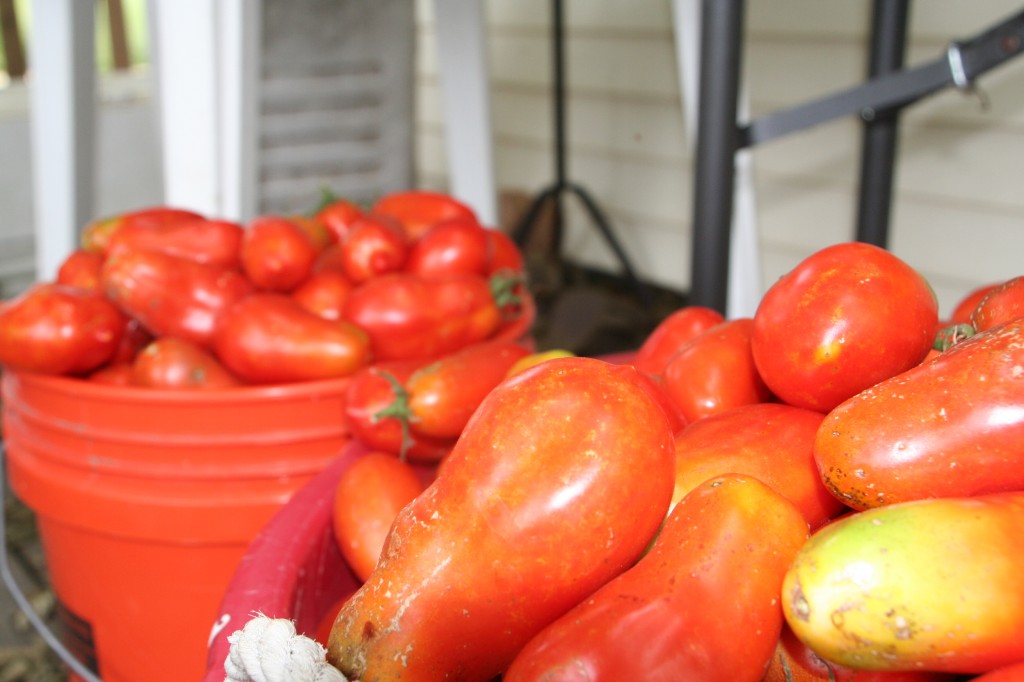 The kids picked tomatoes and signed me up for hours of boiling and peeling. We still have bags of these in the freezer. And watermelon. Good grief….the watermelon. It’s like rabbits; every time I open the freezer I swear there’s more bags hiding at the bottom. 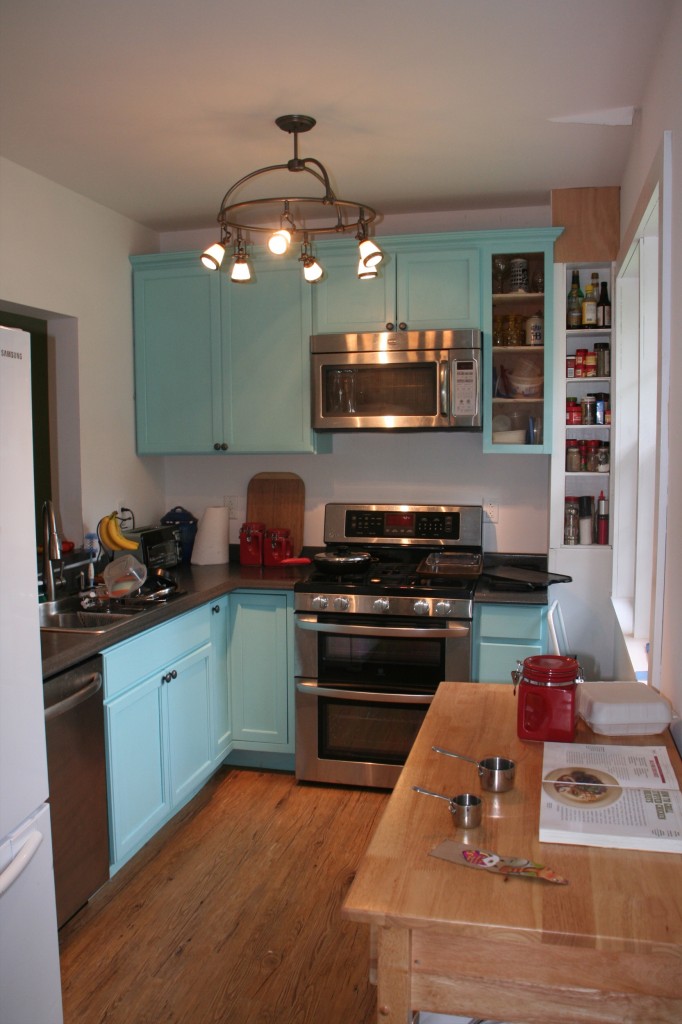 By the first day of school the kitchen and the schoolroom were finished. (Just pretend you don’t see the missing cabinet door or unpainted wall. I’m pretty sure that was done by the end of the month.) Three weeks? Try nine months. Plus,  a new roof leak sent water  seeping through the new drywall. Can’t blame that on the contrator, just our awesome good luck I guess! The icing was learning on my birthday that I was going to lose Fulton’s nursing care. 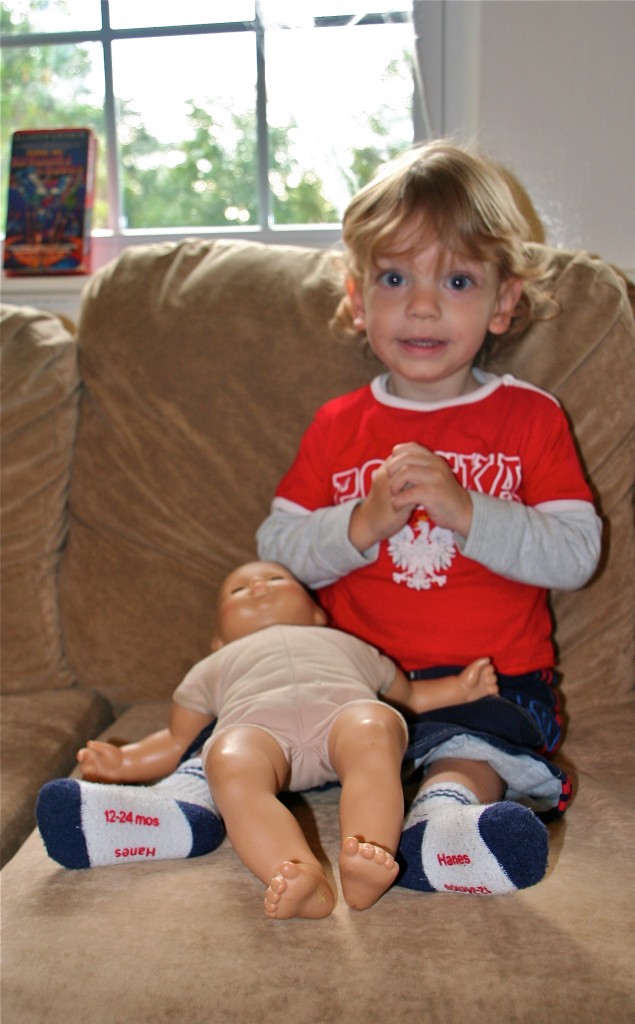 And now a cute Teddy shot to make everything better.

Teddy was six weeks premature and the size of that doll when we brought him home from the NICU. I will still be taking photos of him with Bitty Baby when Teddy’s 18 because it never stops amazing me how big and strong he’s become, even with SMA. 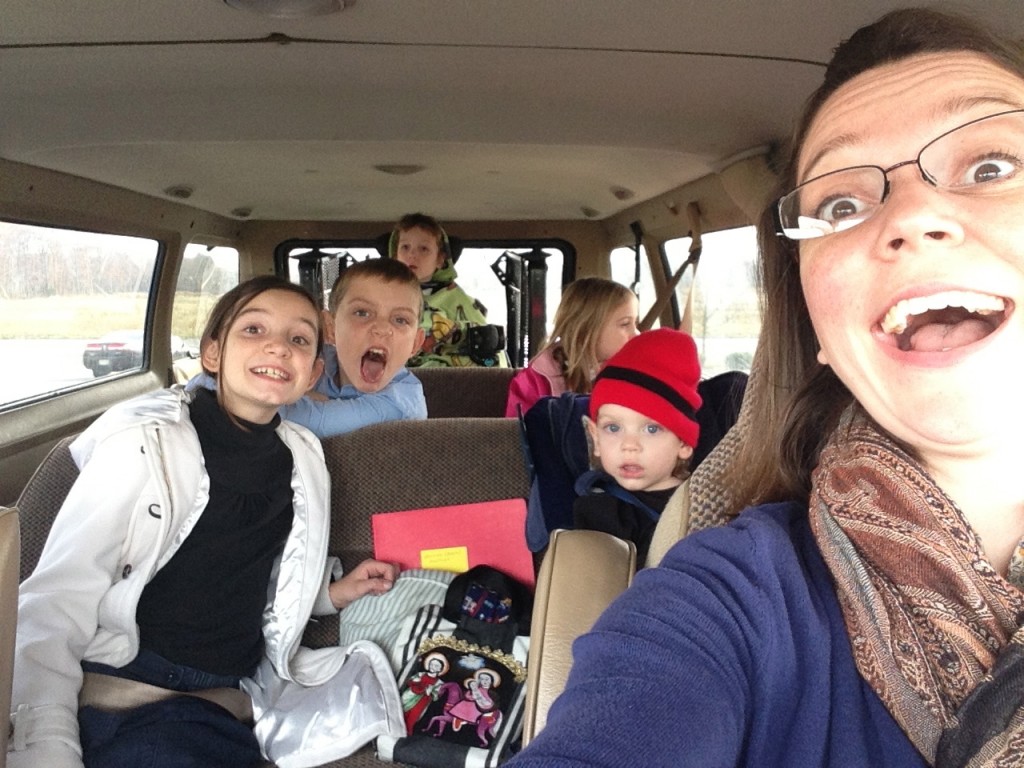 I got an iPod touch and immediately started taking way too many pictures of me and the kids doing everything. “Kid’s we’re in the Wawa’s parking lot; say ‘Cheese!” 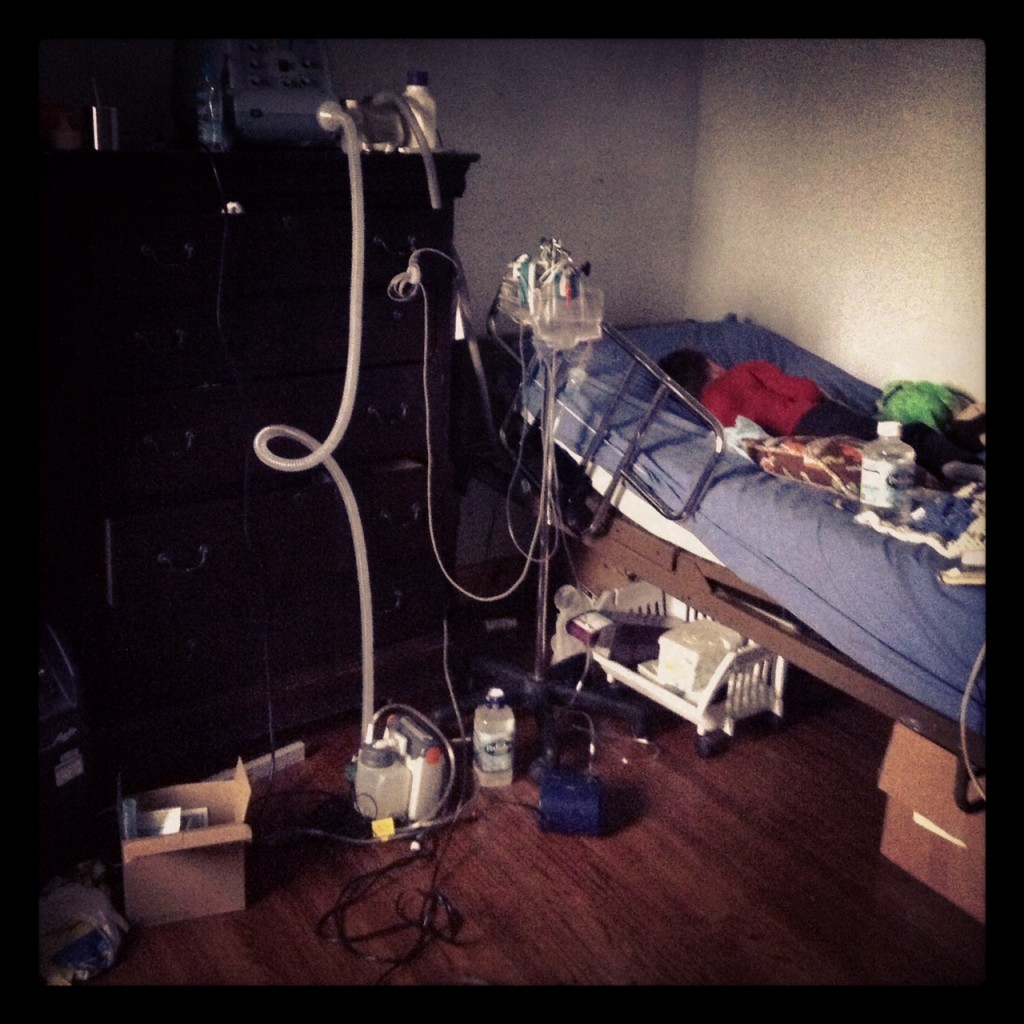 No doubt about it, Fulton’s illness overshadowed a good chunk of what should have been a festive time. But although we did some things differently, I think everyone enjoyed the Octave of Christmas. And thankfully,  Fulton seems to be fully recovered from any respiratory illness and ear infections.

And because I don’t want to end on a downer. Welcome 2013! This is going to be the year! Of what I’m not sure, but I’m totally pumped! (However I think I can say with some certainty that we will not be undertaking any major renovation projects. ) 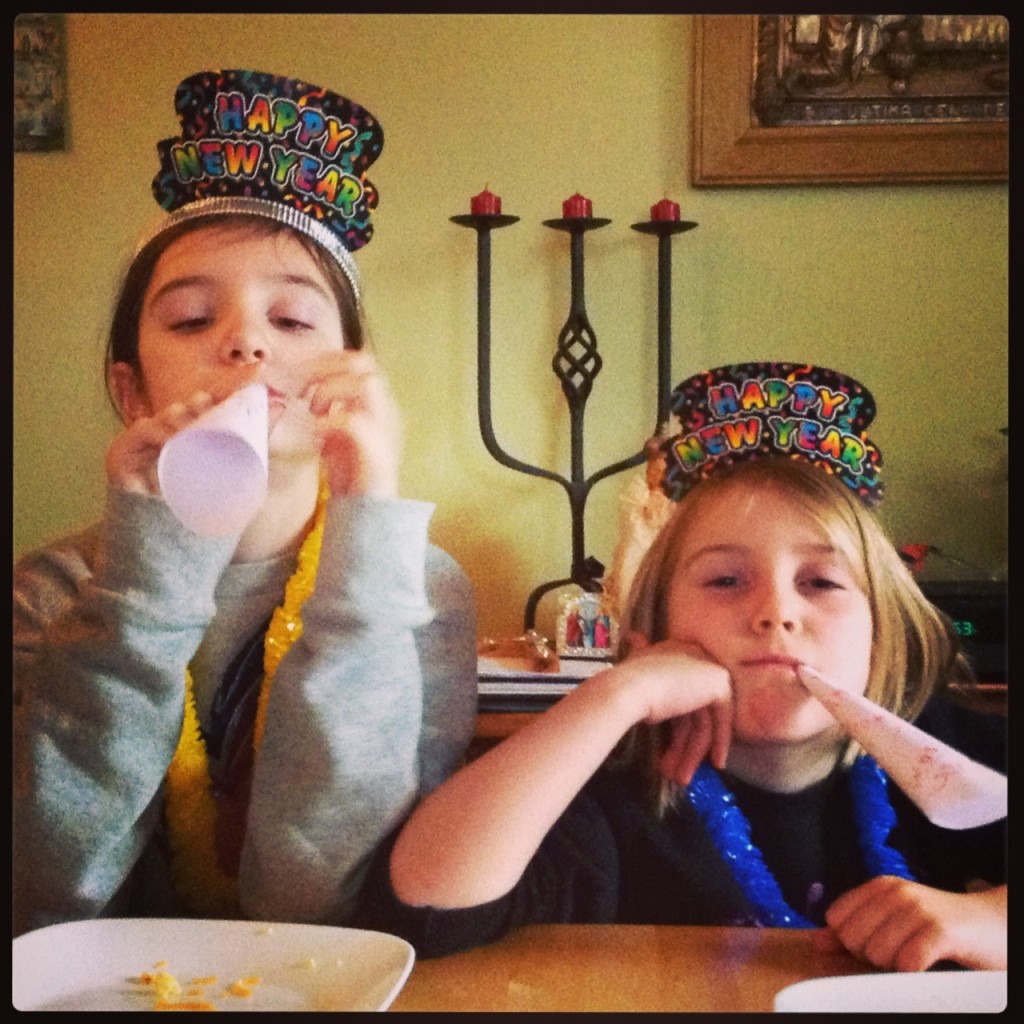