13 in 13: A Year In Pictures And Wordy Captions

Coming to you live from the sixth day of mirth and merriment inside the twelve days of Christmas!

Last year, Dwija hosted a ’12 in 12′ photo link-up. Over a few glasses of spiked something recently, I was thinking of it, got nostalgic and immediately ran to my computer and started scrolling through old posts and photos. While I don’t know if anyone’s going to do a link up this year (Updated: She’s doing it again!), here’s my ’13 in 13′ with lengthy captions. This also counts as my official Christmas letter. You’ll be as in the know as any family member after reading this post. (The “Favorite Posts” listed aren’t necessarily my most popular, but give the best glimpse into our lives.) 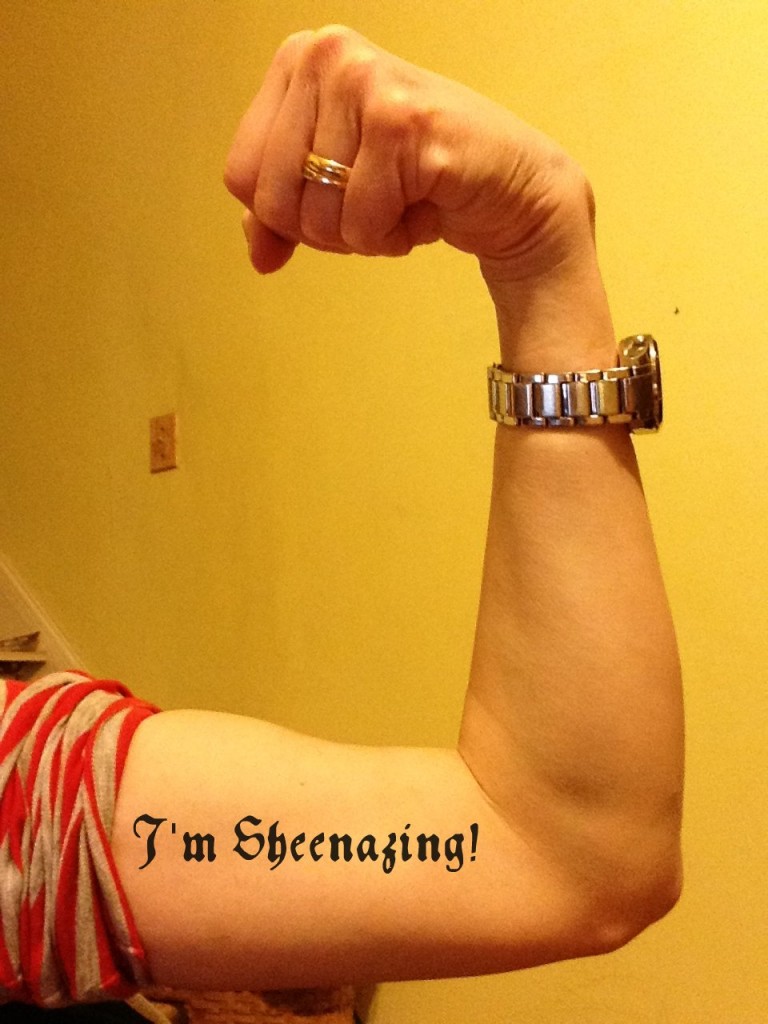 I took drastic measures upon being nominated.

January must have been a pretty quiet month because I’ve got hardly any photos. Or maybe it’s because I was so busy rehearsing for my performance in my church’s dinner theater production I didn’t have any life otherwise. I’m posting this one because voting for the ‘Sheenazing Awards’ opened in January, even though winners weren’t announced until February 1st. I didn’t realize how under-appreciated I was until I won a major award. 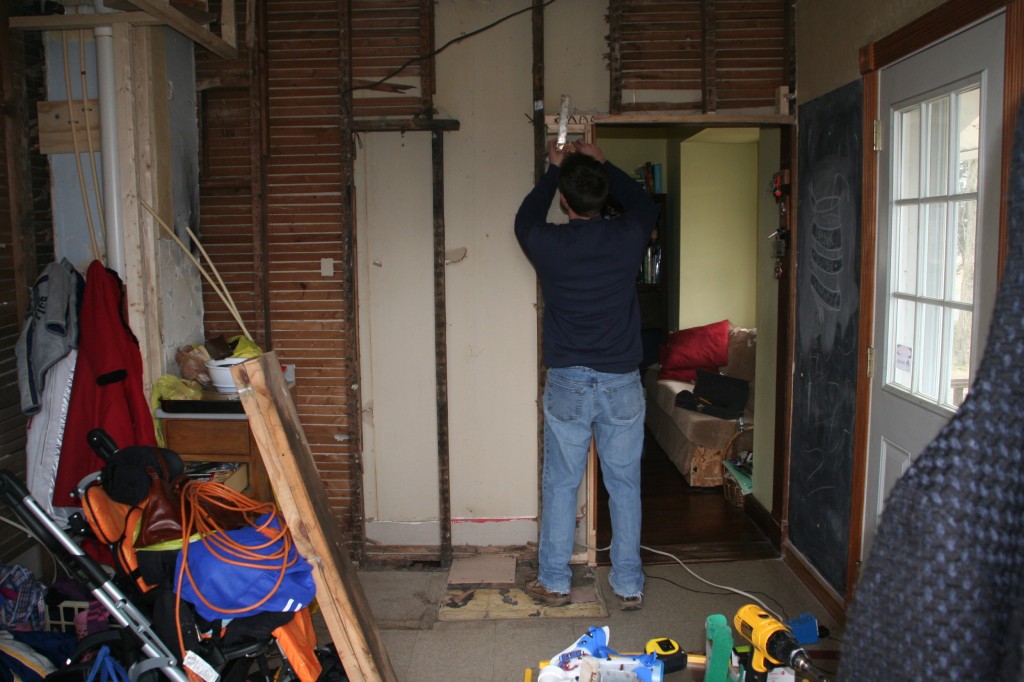 11 months later and I feel like things look only slightly better.

Despite swearing we would not undertake a major home renovation project in 2013, we undertook a major home renovation project. Now, granted, it was just supposed to be a simple door widening but, of course it ultimately meant replumbing the upstairs bathroom to move a pipe that went right through where our new doorway was supposed to be. And the floor was rotten, and we had to build soffits to hide the new plumbing. So even though the mudroom is not completed, we at least have a door way that better accommodates two crazy wheelchair drivers. I’d like to say 2014 will be the year of no home projects but if we don’t finish the mudroom soon, we’ll never be able to tackle the new roof. (I can just hear the money getting sucked out of our bank account as I type.) As we’re usually DIY’ers, I’m going to increase the life insurance on Tony and send him up there to do it himself. 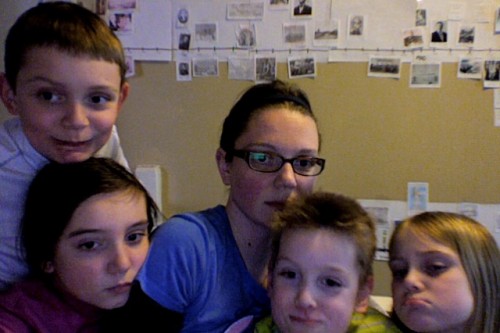 Teddy napped and we sat around and waited for the news about who our new pope would be.

We got a new pope! It was historic and all-consuming and Papal Election excitement basically counted as school for a few weeks.

Favorite Post: The Friends I Didn’t Know I Needed

To make up for a few quiet months, in April we hosted family from out-of-town, then traveled south to the Outer Banks. I also tried introducing the idea of family runs, which everyone but Fulton hated.

Favorite Post: Life With Fulton, Taking the Show On The Road (not actually from April, but it describes getting ready..details, details) 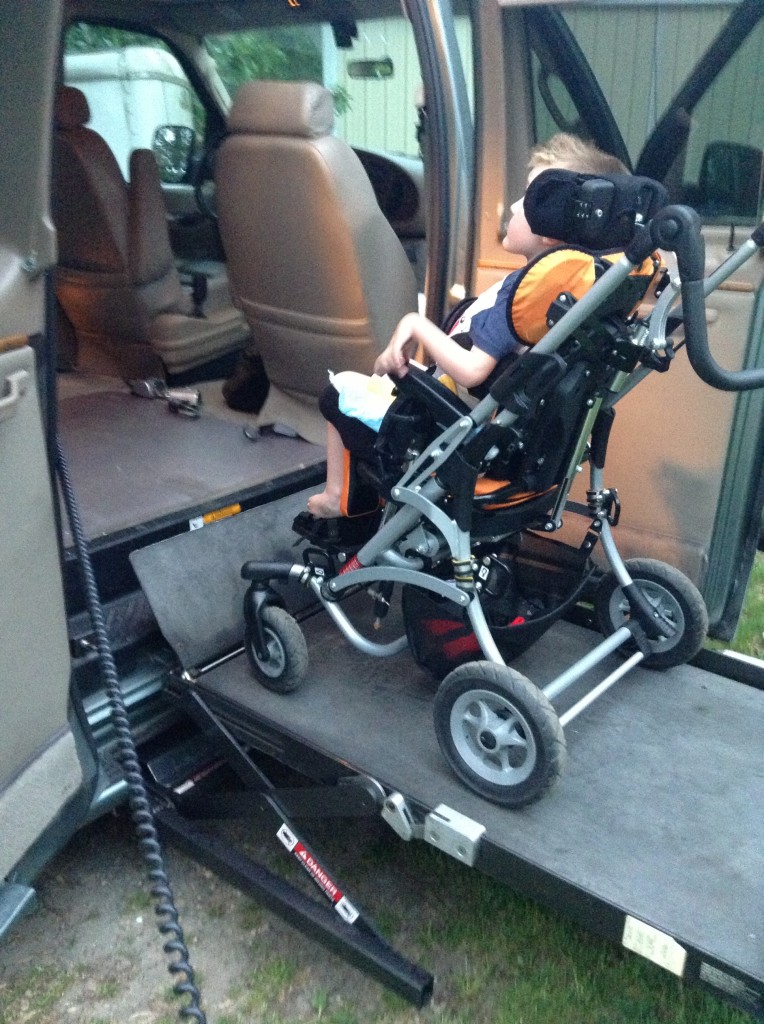 In preparation for obtaining Teddy’s wheelchair (which ultimately would take much, much longer than anticipated) we got a new handicap van. Short of getting P-Diddy himself to chauffeur us himself, it’s the hottest ride around. 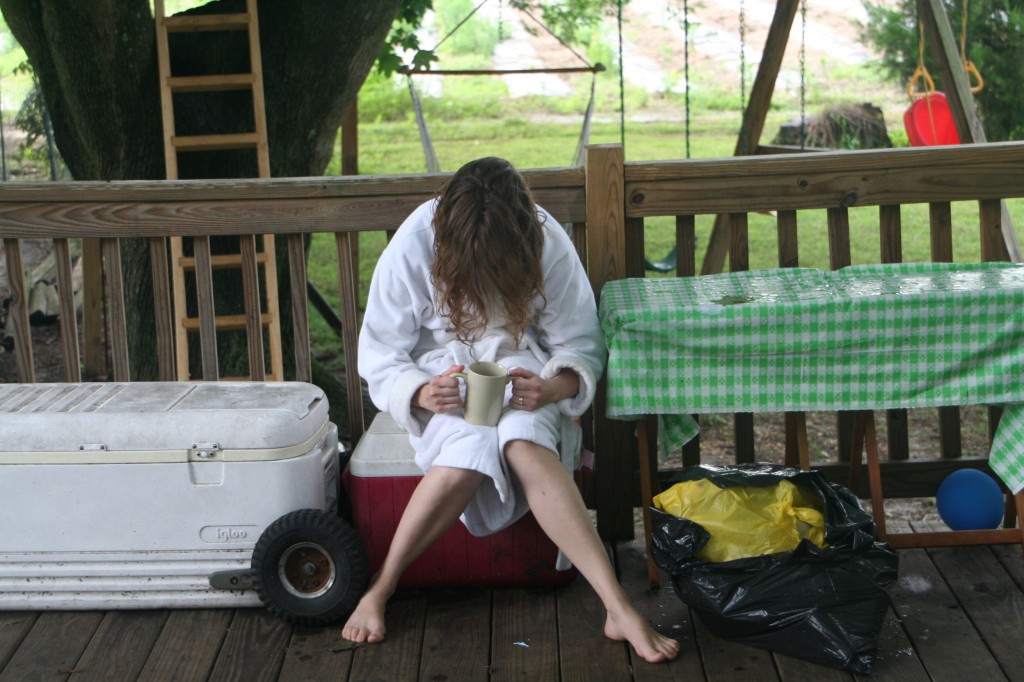 June was quiet except for that week where Fulton had a birthday, we held a huge party and then packed for a 10 day road trip to the Midwest and then my head exploded.

Favorite Post: The Closest I’ll Get To Winning On A Game Show 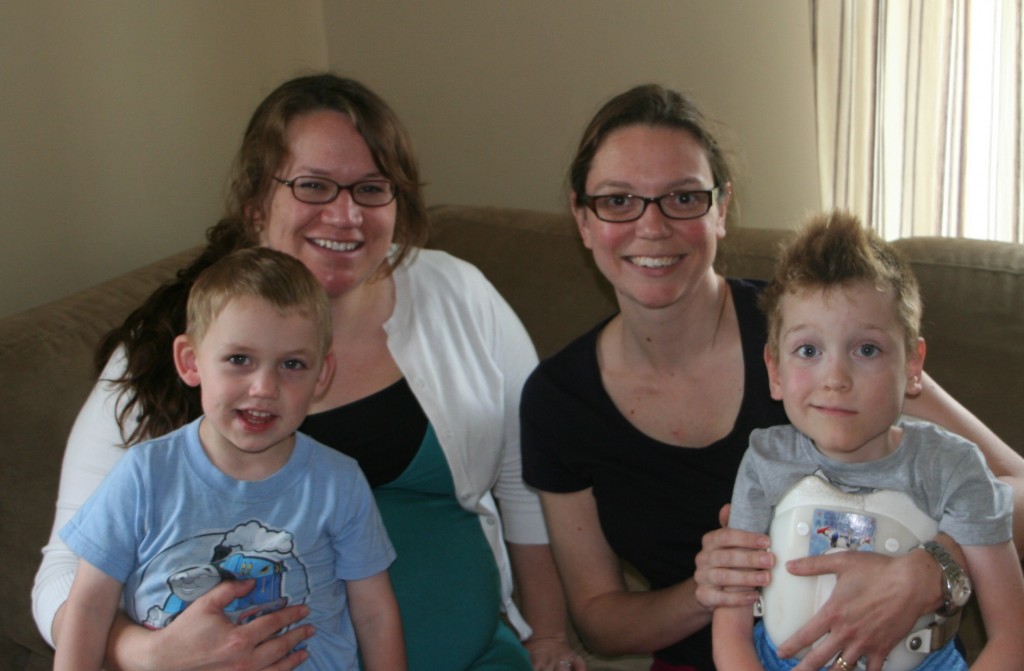 We had a great time in the midwest with family and we even tacked on a quick trip to the Fulton Sheen museum and a visit with Bonnie. The new van made the trip much more tolerable although, if you need to know what motels to avoid around Dayton, Ohio, email me.

Favorite Post: If I Knew Any Clichés About the Midwest, I’d Insert Them Here 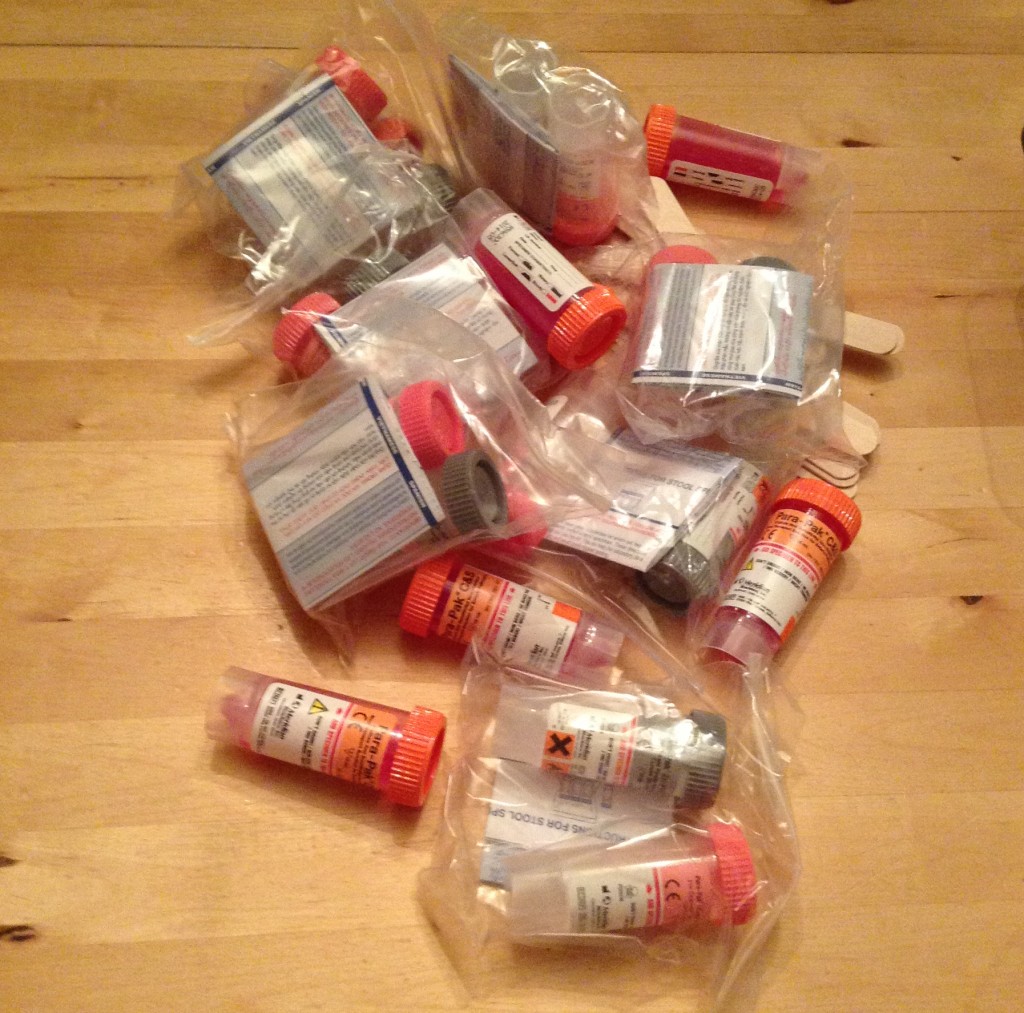 Two words: PARASITIC INFECTION….or poop vials. Either set is pretty much how we spend the latter part of July and half of August. And that’s all I want to remember about that. 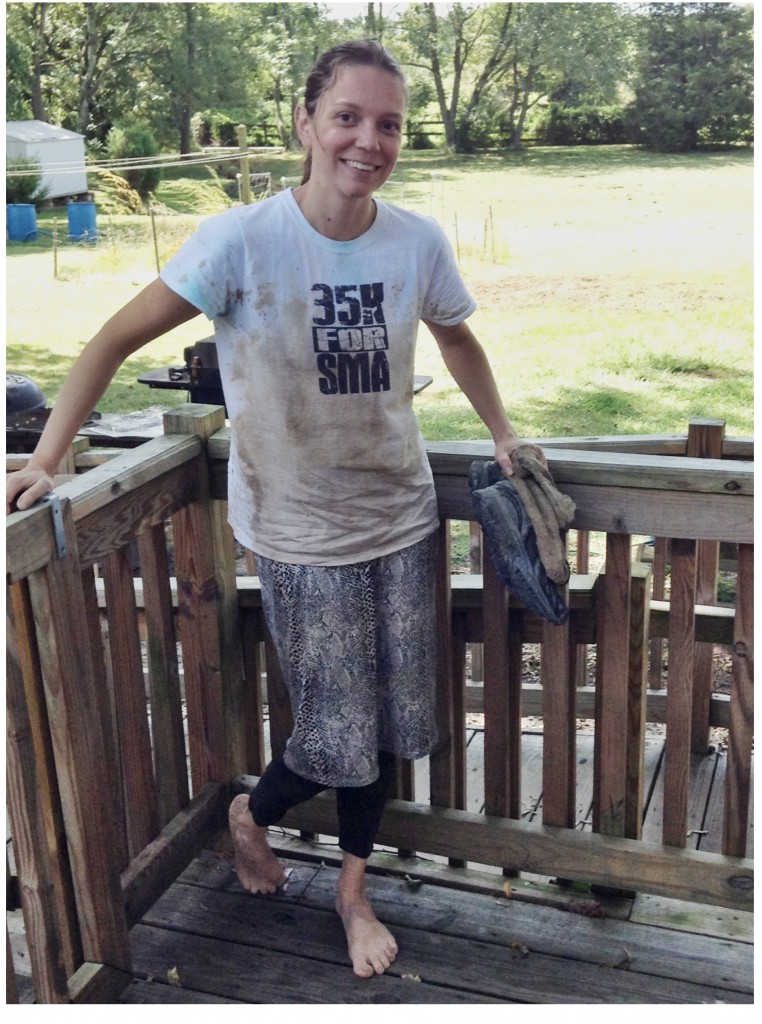 Finally healthy we started our eighth year of homeschooling. I turned 35 and celebrated by running my second race of seven in my 35K For SMA campaign.  It was a horrible mud run and I almost didn’t live to see 36.

Favorite Post: Happy Birthday to Me! I’m Going to Die! 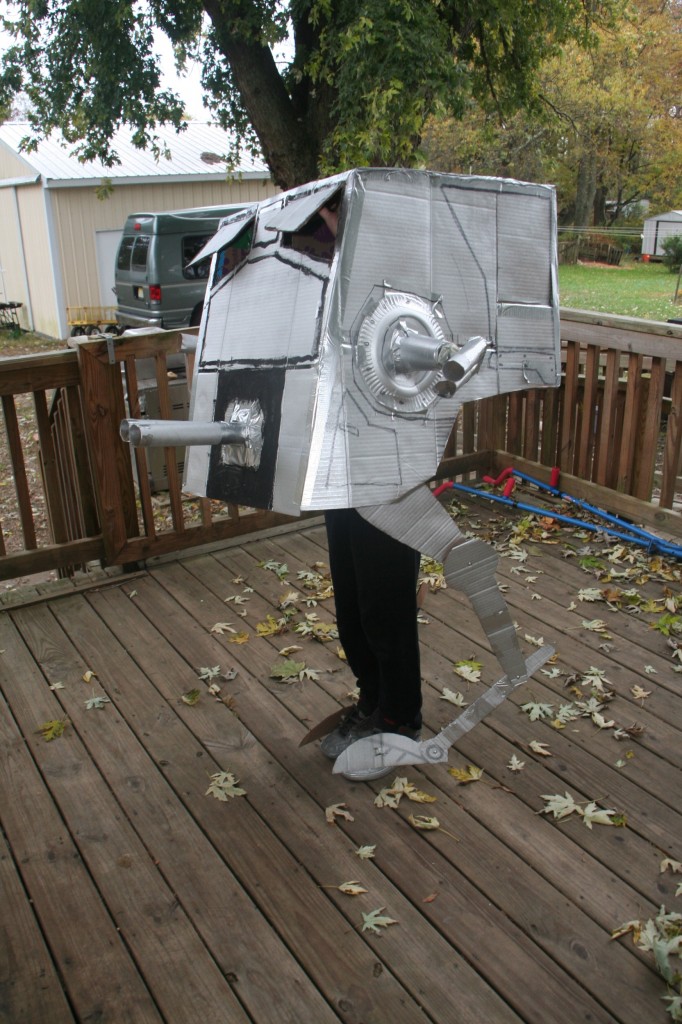 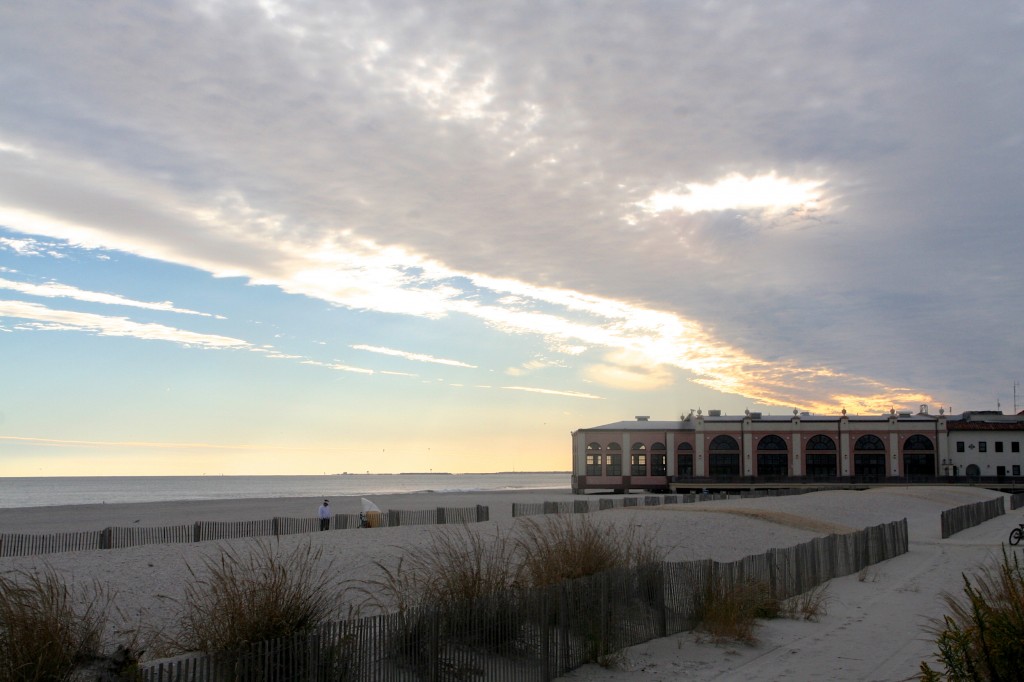 A beach picture just because.

I tried writing a novel and got 8,000 words in before the month ended. I could’ve done better had I not been suffering from post traumatic stress syndrome after a late bat attack. 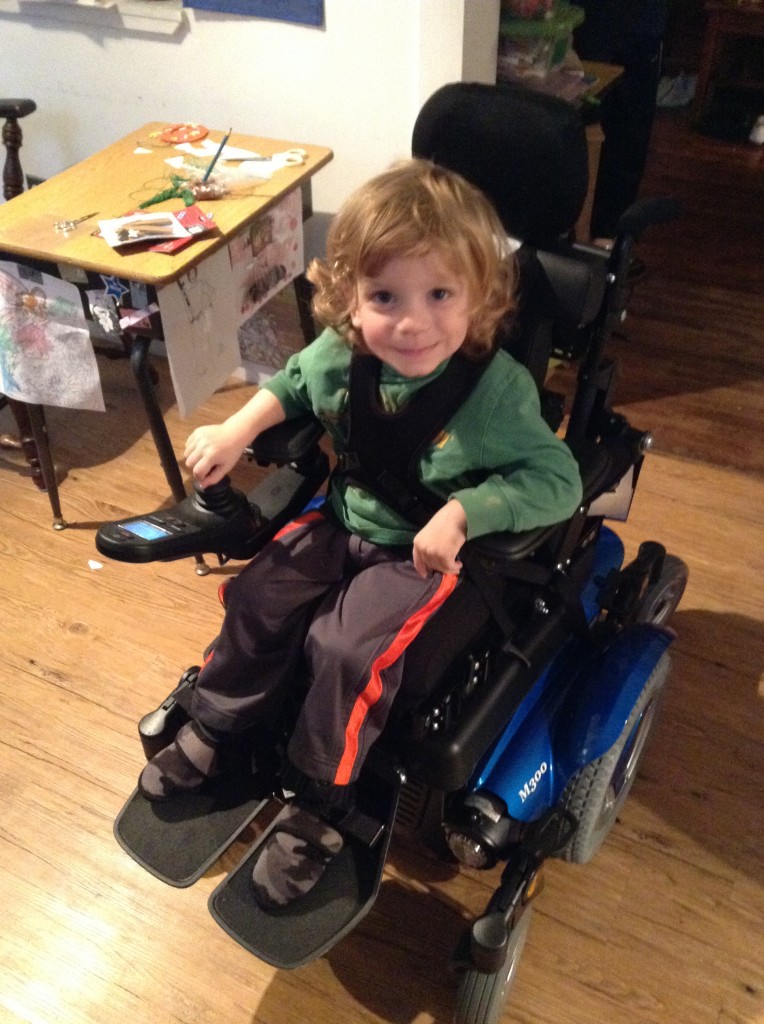 Teddy finally got his wheelchair! And while I need to invest in steel toed boots, it’s been great for him, and Fulton.

Favorite Post: You Guys Are More Awesome Than My Sweater

It’s been a good year, so long as I block out that parasitic infection. Tony is still employed at a job he enjoys and I’m still privileged to be able to stay at home and educate my children. We’ve been blessed with numerous visits from family and friends and several vacations. We head into 2014 hopeful and optimistic about more good things to come.

( So, for #13 I’m cheating with a cluster of photos with all the details grandparents and distant relatives care about.) 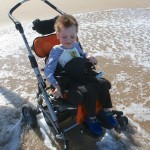 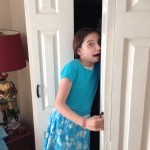 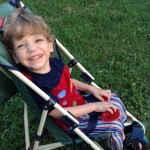 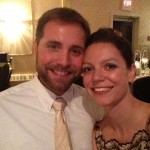 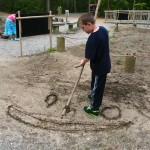 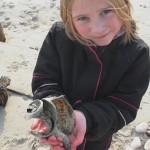 Don’t forget to visit the rest at House Unseen!

Leave a Reply to Anna @ A Thousand Generations Cancel reply