#31DaysofMary: Our Lady of the Snows

Pretty sure this is the longest streak of anything I’ve completed since a pregnancy…or maybe my Whole30. I’m not sure. MOVING ON TO THE INSPIRING STUFF… 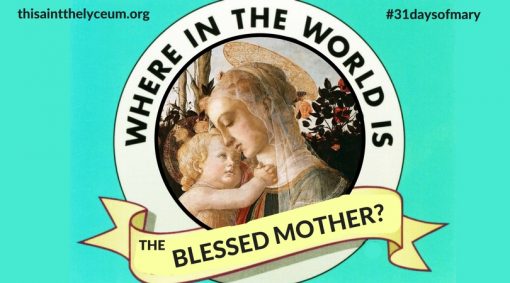 Our Lady of the Snows
Fourth century Marian apparition that led to the creation of the Basilica of St. Mary Major in Rome, Italy 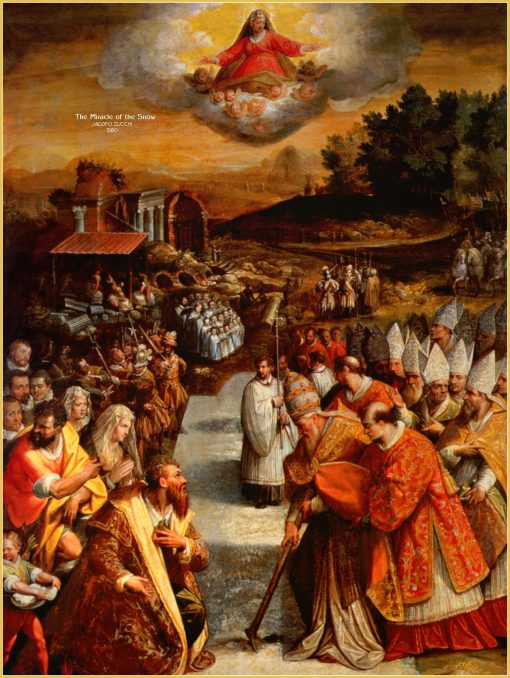 On August 4, 358 Our Lady appeared to a childless couple who had prayed to her for guidance as to how to best leave their wealth to the church after their passing. She told them she would leave snow on the ground on Esquiline Hill to indicate where she wanted a basilica built.

Pope Liberius received the same message from Mary and the couple and the pope arrived at the hill the next morning to find it covered with snow on an otherwise hot, summer day. The outline of the snow was traced, and then it melted. Immediately, the pope ordered the start of construction.

The first basilica was completed in 360, and later rebuilt and expanded by Pope Sixtus III between 432 and 435. More was added through the years, adding the basilica’s splendor. It is a Papal major basilica and the largest Marian church in Rome.

Prayer to Our Lady of the Snows

Our Lady of the Snows, Immaculate Queen of the Universe, from this privileged sanctuary, Thou has bestowed so many countless graces and pledges of love upon the hearts and souls of millions. O Mother, from this cradle of Christianity, this Mother Church of all churches, deign to shower forth the graces of thine Immaculate Heart upon the remnant Faithful throughout the world, wherever they may be, and grant them the graces of a childlike love and unwavering fidelity to the holy truths of our Faith. Grant, good Mother, to the faithful Bishops of the Church the grace to defend Her Sacred Teachings, and to persevere courageously against all the enemies of the Holy Church.
Amen.

Picking right back up tomorrow with Our Lady of Walsingham, England!