Somehow, the most gorgeous day of fall just happened to coincide with the day we selected to go to the zoo. The weather even inspired me to suggest a side trip to the beach that was overwhelmingly accepted by everyone, with only mild coercion on my part. “Look Tony, we can tell the kids we’ll buy them frozen yogurt, but we won’t actually have to spend the $60 because the stands will be closed. I’m positive.”

We cooked a big breakfast, packed lots of snacks and I even remembered my camera. Which was great since the kids all wore their most outrageous outfits. The message was loud and clear; “We’re a large homeschooling family! We’re not limited by trends, or the need to match! We’re individuals! My parents are just happy I can dress myself since they’re so overwhelmed with our gargantuan family size!”

Thankfully, both the zoo and beach were short on crowds. The lady at the entrance booth actually asked if we were with a school and I’m thinking, “Lady, do you see what my kids are wearing out in public?” Then I remembered the windows were tinted so I just smiled and said “No”.  Move along, nothing to see here… 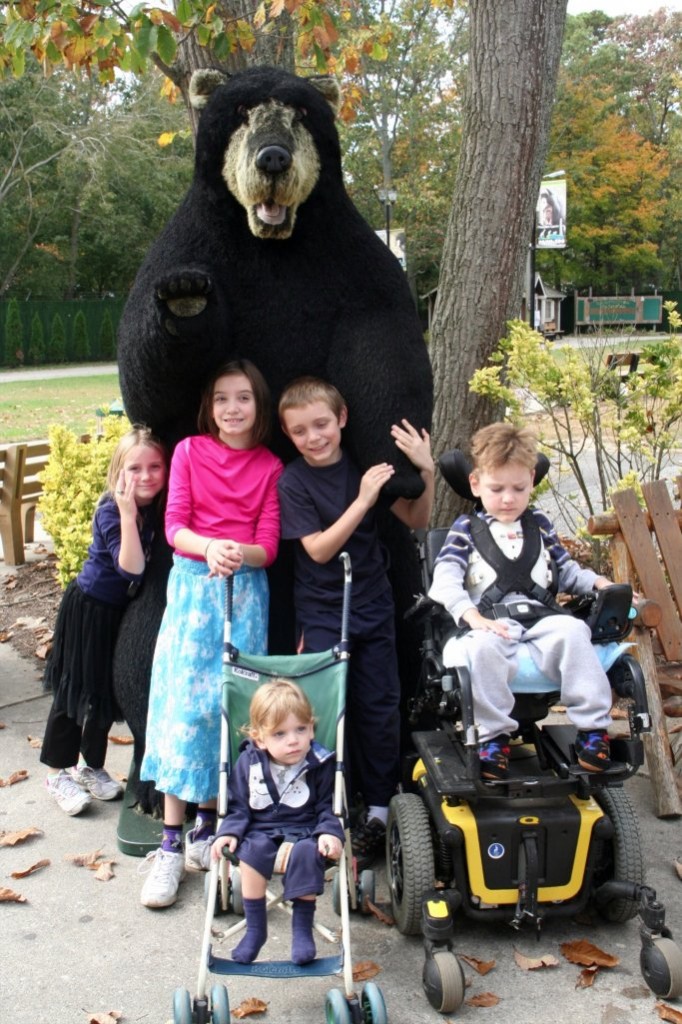 Addie really thinks that if you pair any two bright colors together, they match.

I knew I needed to step it up in biology when Edie exclaimed, “I want to go see those big humpy things!” “The camels??” “Yeah, whatever.” Apparently, if she hasn’t seen it in our backyard it’s on par with a griffin or the Loch Ness monster in terms of familiarity. 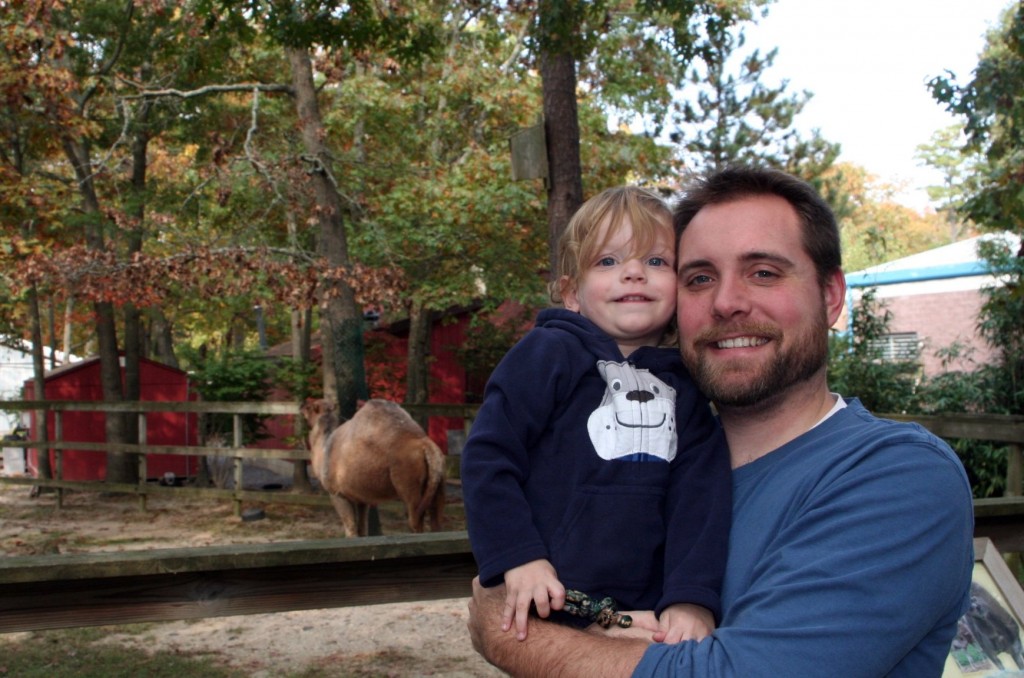 Teddy, Tony and some big humpy thing in the background.

I loved peering at the changing foliage as we walked through the zoo. I heard Fulton exclaim something in front of me and I replied, “Yes Fulton, I think it’s beautiful too.”  Tony quickly corrected me, “He said it was spooky.” 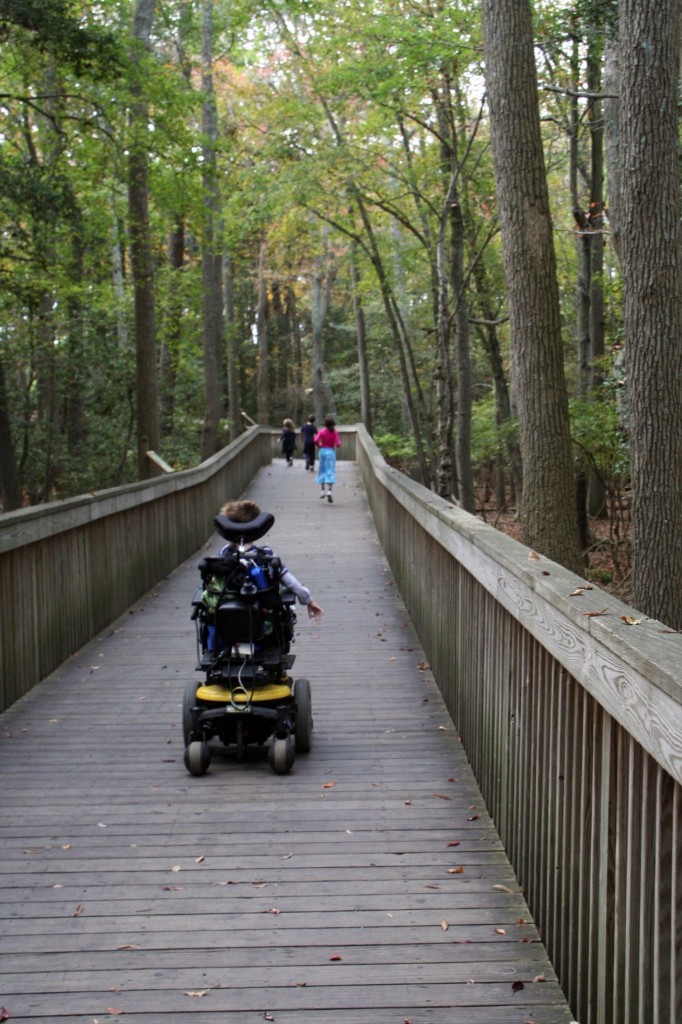 Any time we saw a bear, it was time to drag Teddy from his stroller and take a picture. I clucked,  “Look, the bear with a bear!” at least a hundred times,  with a huge goofy mom smile on my face as I waved and gestured to get the right expression from Teddy. And to think, when we named him, I disliked the thought of other people constantly making Teddy bear references around him. Now, I think Fulton is convinced his younger brother’s name is actually Teddy bear because that’s all I call him. 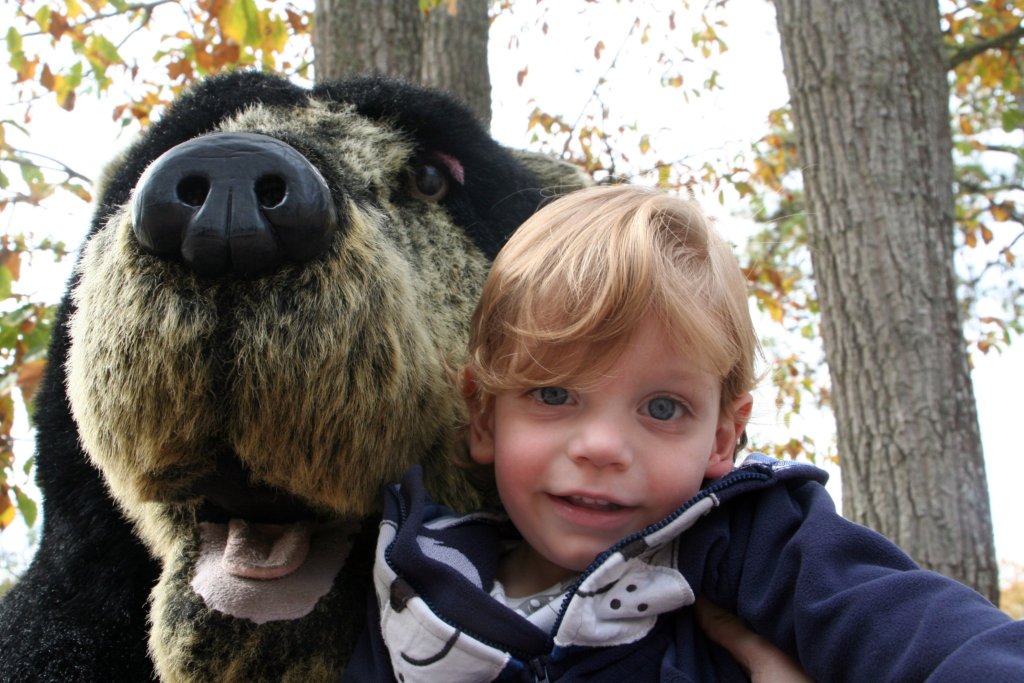 Teddy’s so adorable! It’s taking all the self-control that stuffed bear can muster to not eat him up.

A stop at Ocean City, NJ put me a little over the edge in a happy, crazy sort of way. Yeah, we just hauled ourselves all over a zoo, but damnit, we were hitting the beach, walking the boards and savoring the silence of the off-season if it killed us.”Kids, kids! Listen, you can hear the ocean! Isn’t this weather beautiful! Tony, the breeze, can you feel it?!” Judging by their glances I knew I was starting to sound like the macaw from the zoo who Byron claimed could talk, but whose vocabulary was limited to the word “AAAAAWWWWWWWWKKKKK!”

Sure enough, the yogurt stands were closed but, curses!, the arcades were not! It’s 2 p.m. on a Wednesday in October, who is going to a beachside arcade? Not my kids, wrote the mother who caused the only major ruckus on the boardwalk that day. 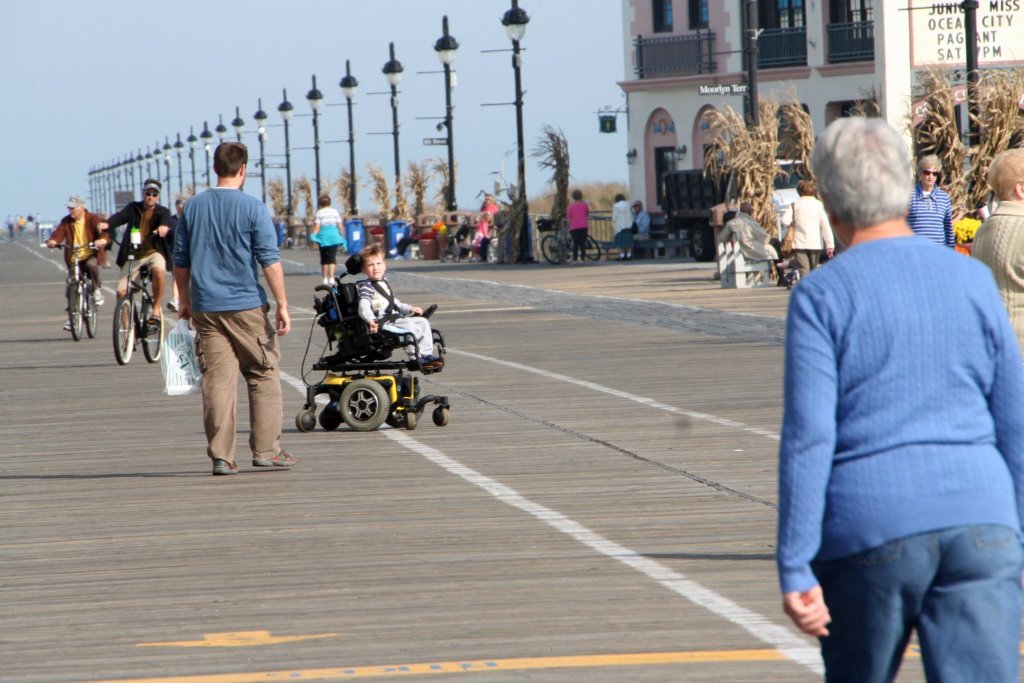 We did get some chocolate pumpkin fudge at Shriver’s  (20 % off! What, what!!) and allowed the girls to shop with the money they brought along.  Edie was heartbroken to discover that none of the huge stuffed animals on display were $2, even in the off-season. Luckily, the tears dried up with the purchase of two Barbie knock-offs from the Dollar Store. 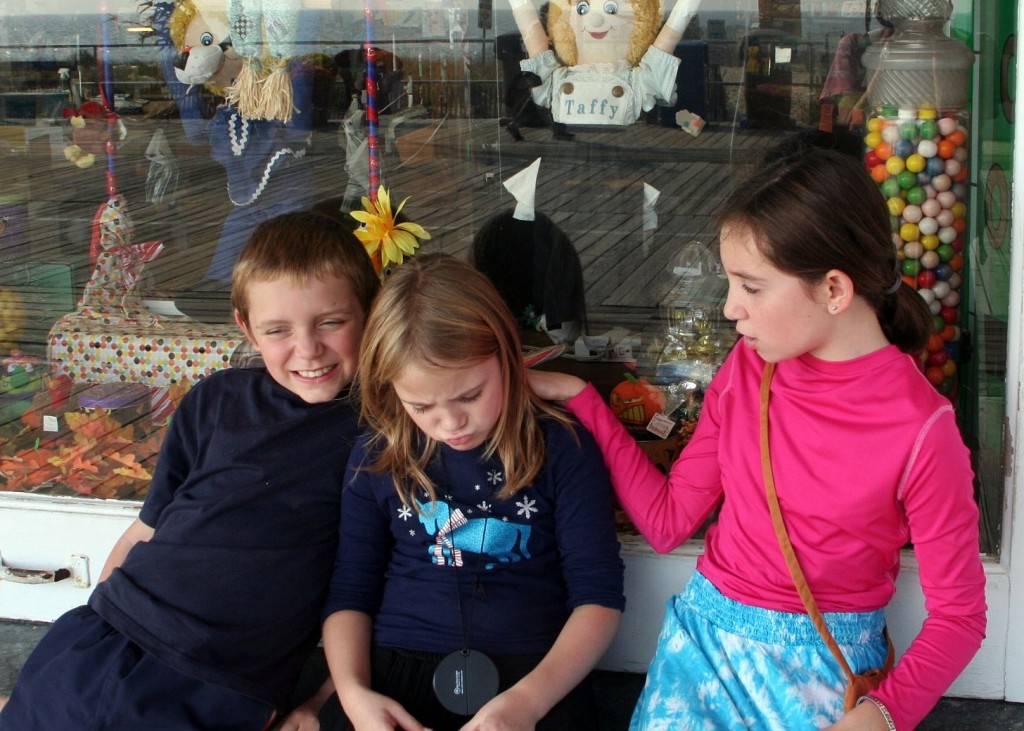 Edie’s frowny face upon leaving the candy store empty-handed. Curse you Gund! Taxidermy on Ebay is cheaper than your stuffed animals!

We capped off the visit with some time on the sand and despite telling the older three to only put their toes in the ocean, Byron soaked himself up to his thighs. (But who didn’t see that coming right?) And I forgot baby powder so they’ll have to deal with gritty sneakers for a while.

After playing Mommy All-Star, I arrived at home, collapsed on the couch and told the kids to stay away from me. Having partaken in Addie’s pixie stick haul, they still had energy to run around the house for the rest of the evening. When they all started arguing at the dinner table over their favorite parts of the day, I knew it’d been a success. The memories will last long after fudge is gone… which it’s not…yet. But I really can’t be trusted in the house with fudge. Speaking of which, I hear something calling my name.

Has your family taken any great fall day trips this year?