After such a successful family outing last week, I thought, why not drive all the kids two an half hours to my hometown to visit with family? Oh, and why not tack on a field trip to a science museum packed to the gills with public school kids just for added pizazz?

Seriously though, here’s a totally non-sponsored post about our rainy day outing to the Lancaster Science Factory, located in downtown Lancaster. Before I get started, let me clear up a few things/ dispel some myths.

1. Lancaster is actually a whole county in the state of Pennsylvania. The small city of Lancaster is right in the center and around it are various towns, some with fun names like Bird in Hand or Intercourse and others that are more historically significant like Conestoga.

The following towns are not shown for some reason: Bird in Hand, Blue Ball, Intercourse and Paradise. Just stating facts people!!!

2. It’s pronounced ‘Lancaster’ all blended together; not LAN-caster with a strong accent on the first syllable. An Amish baby cries every time someone pronounces my hometown the wrong way. Want to see me cringe? Say LAN-caster. Like nails on a chalkboard.

3. BEFORE YOU ASK: I am not Amish. My family is not Amish. None of us were ever Amish. I am not currently friends with any Amish people, though I have known and worked with some in the past. Most people in Lancaster ARE NOT AMISH. 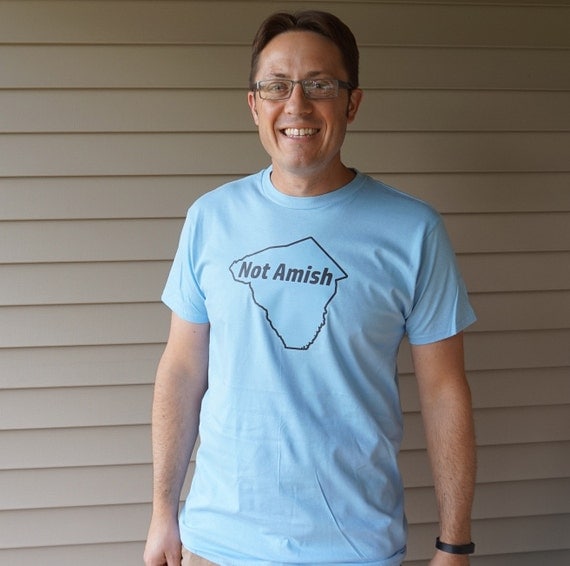 Putting this on my birthday list. As should every other person from Lancaster who no longer lives there.

4. That smell is manure. Lots of it. If you stay and visit long enough, you learn to ignore it. Plan on doing laundry when you get home.

5. Any media representations you’ve seen of my hometown are probably way off. It’s just as boring as your hometown, except with more tourists. The upside being that every summer I had my choice of jobs that involved dealing with angry out-of-towners. I didn’t realize there were any nice people from New Jersey until I moved here.

Now that I’m older, have moved away and have children that need to be entertained occasionally, I’ve started looking into all the attractions that I avoided like the plague as a local. Finally I can appreciate many of the historic sites and museums. And it figures that now that I live in Jersey, the Lancaster city downtown has exploded with bars, restaurants, art galleries and frequent cool events. When I was in high school there was one coffee shop and one music venue I went to, and one dance club I went to once but my dad was convinced I’d be shot there or something so, never again.

One of the more recent additions is the Lancaster Science Factory. It’s all the fun of a hands on museum but geared at older kids (but still with all the likelihood of picking up a stomach bug.) The exhibits revolve around the physical sciences such as simple machines, sound, light, magnets, etc. Byron trying to take credit for my pendulum sand design.

Since it was pouring rain, we headed out and thankfully handicap parking was not an issue. Unfortunately, there were four school buses of kids inside, so it was loud and it was hard for my kids to read and finish trying many of the exhibits before a young groups of kids would come over, destroy their creation and take over. So while my older three thought there were lots of neat things to try, it was a frustrating visit for them. I already promised to head back another time, probably in the fall. We easily filled two hours of our time and I know I missed a few things. Teddy having fun, and maybe even learning something! Or picking up a stomach bug. We’ll wait and see.

Fulton and Teddy had an easy time driving all over the factory, which is a fitting description because it really is a big open warehouse. There was plenty of room for both boys to maneuver, even in the bathrooms and many exhibits were easy for them to drive up to and experience. Even though it’s geared for kids 8 and older, the hands on nature meant the little boys had fun, even if they didn’t understand the science behind everything. We sat and discussed this robot Baxter with his programmer for a good ten minutes or more. I think the boys were disappointed we couldn’t get one of our own from the gift shop.

So next time you’re thinking about a family vacation to Amish Country but need a break from all the fresh air, steam engines and shoo-fly pie, head downtown for scientific discovery at the Lancaster Science Factory. (And just FYI, the Lancaster Brewing Company is within walking distance. Coincidence? I think not.)