{SQT} Lets Be Honest About Some Toys

With four of our kids celebrating birthdays this fall, plus Christmas looming on the horizon, we’ve officially entered the season of the gimmes in our house.

I try my darndest to check the reviews of an item before I let my kids add it to a wish list or tell grandma about it. But sometimes, there’s just no convincing a child that that soft and huggable animal shaped pillow you saw on TV isn’t as exciting as those paid models make it out to be.

I’d really like some more transparency in advertising, online, on TV and in print. Maybe if companies were forced to be a bit more honest, they’d stop producing such junk.

This Friday, some quick thoughts on popular items your children may start coveting, written by parents and children who know.*

Guaranteed to provide the least amount of head and neck support for your sleeping child while maximizing their sweat output. If we jump around and look like we’re having a great time with these toys during one of the 2,283 advertisements you’ll see during an hour-long show,  it’s because we’ve been given an unlimited supply of Dr. Pepper and cocaine.

What a great craft for a rainy day! If only my fine motor skills didn’t make creating anything other than a blob impossible. My mom also acts like she doesn’t know where the iron is or how to use it, so most of my masterpieces get knocked on the floor and eaten, at least in part, by the baby before than can be immortalized forever. I have taken to inserting the beads in my nose out of frustration.  -Timmy, 6

3. Any Craft kit aimed at girls

Seriously? Whether it headbands, jewelry, picture frames or whatever, the only thing I can be sure of is that it’s going to be ugly, usually hot pink ugly, and it will result in me getting a handmade present I’m going to hate but have to wear for a long time. -Kara, 32

4. Tiny Nerf gun with the power to pierce an eyeball at 50ft

I guess the jokes on me! I thought a small Nerf gun would be perfect for my young son who’s always trying to emulate his older brothers. Who would’ve though you’d pack all the power of a howitzer in six square inches of plastic. I never would have offered my backside as a target had I known the truth. You’ll be hearing from my lawyers. -Bob, 37

5. Relaunched classic toy that’s not even 1/8 as durable as the original Now with 34 percent more plastic shavings in every cone!!

Mommy and Daddy said they used to play with you all the time growing up but you didn’t last for more than a week in my care. After sulking in a corner and pooping my pants, I started feeling better. Then Daddy said he’d blow you up with our remaining Fourth of July fireworks and now I think you might wind up being the best present ever….to see in pieces all over the yard. -Jim Bob, 4

6. Cheap knock off toy designed to mimic a brand name toy that’s too expensive for anyone except Bill Gates. 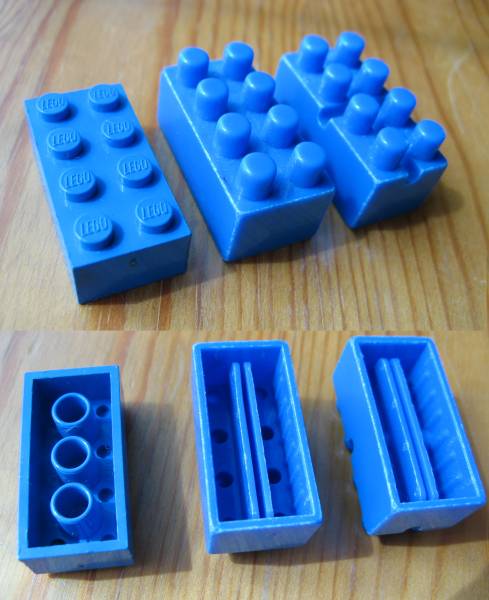 You look like a Lego, you feel like a Lego and you taste like a Lego, but dammit, you’re not even close to being a real Lego. “Compatible” my behind.  -Eric, 11

7. Toy franchise that introduces a new character/ movie every other week in order to provide my child with more crap to drool after.

What’s your favorite toy to hate? I know seven takes can’t come close to covering them all. If you’re a toy manufacturer, feel free to swing back to Jen’s for less constructive criticism.

*and by this I mean me. I wrote them all.