We didn’t wake up Tuesday morning with the house situated on top of a witch so Mantoans 1, Sandy 0. We did however lose our pool and develop a new leak in the roof which puts the score at Mantoans 1, Sandy 2. I actually had to convince Tony to not go on the roof during the storm to fix the leak. I was yelling out the front door at him, rain lashing my face,  about how I’m not driving him to the emergency room when he falls off the roof during a huge gust of wind.  He eventually relented but only because he was afraid his tools would slide off, or the ladder would blow over before he got to patch the hole; the nagging wife had nothing to do with it. 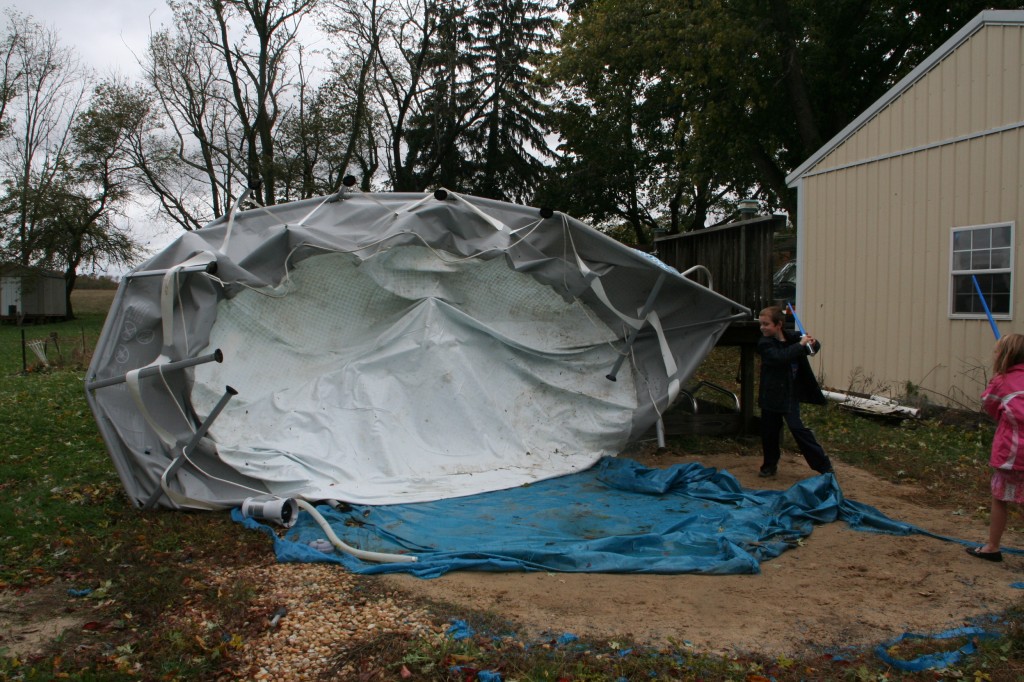 After two pool catastrophes in two years, I think Tony will veto a pool purchase next year. Byron attacks the old pool with a light saber to put the poor beast out of its misery.

We lost power twice, and regained it, took on water in the basement, which always happens and got a yard full of tree branches, but none on the house. We’re very lucky given the extent of the damage only 45 minutes from our house in my beloved Ocean City. Tony thinks the storm damage to the coastal towns has squelched my desire to own a beach house. I’m thinking, “This is a great time to invest in real estate!” Can I put up a Paypal button for “Kelly’s Beach-Front Home; Help Prevent Us From Squatting” ?

Without the basement or the yard the kids were bouncing off the wall, except for Fulton who just crashed around a lot more than usual. Tony got off Monday and Tuesday and must have commented a thousand times about how loud the house was and how he doesn’t know how I put up with it day in and day out. I think he’s looking forward to his quiet 45 minute train ride today more than ever. It didn’t help that they found an old emergency radio / flashlight combo and ran around with the siren feature on between bouts of classical music and weather updates. 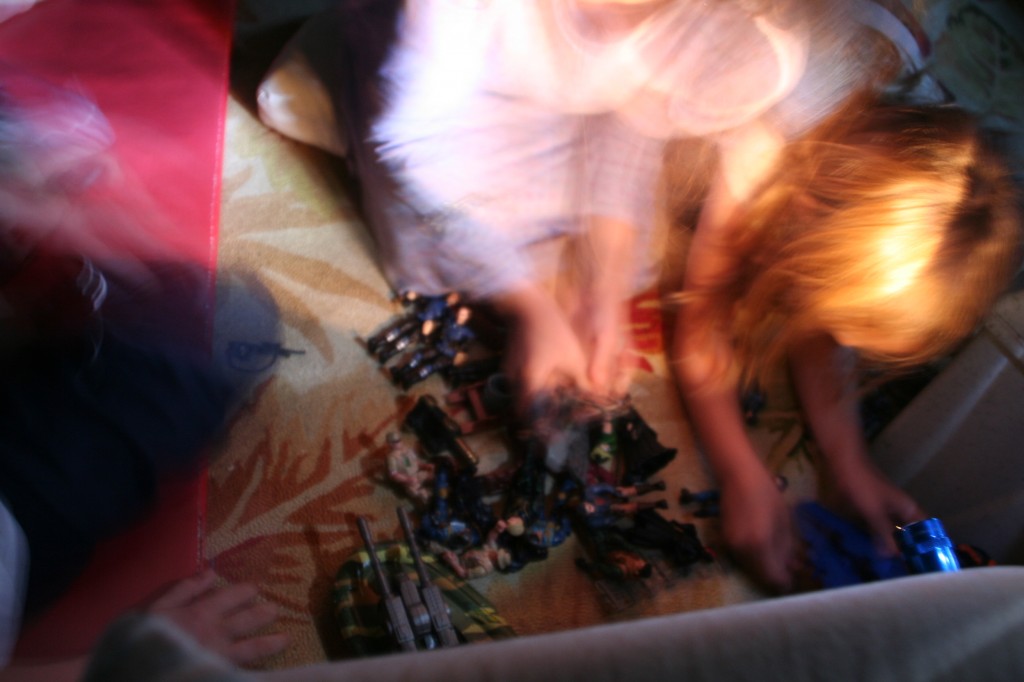 We went to sleep thinking the worst had passed only to awake to our cat, who I’d let sleep inside (like a sucker) pawing at our faces. The heavy rain and wind kept me wide-eyed for a while afterwards expecting at any moment an errant tree branch would somehow impale Tony but leave the rest of this dumpy house intact. 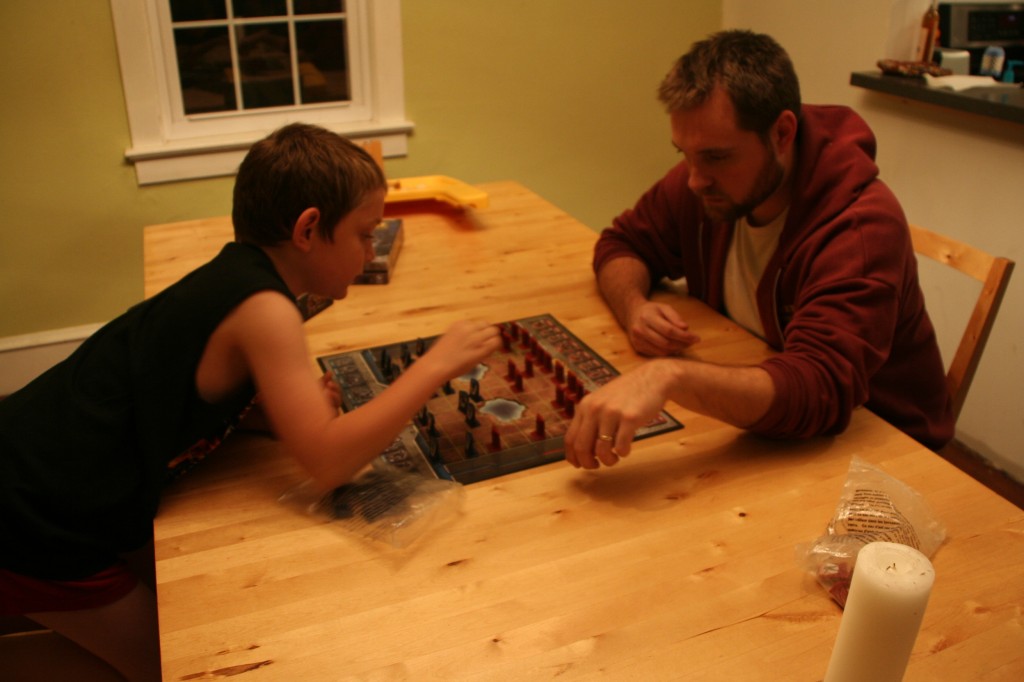 Since Byron packs all the energy of a Category 5, it seemed fitting that Sandy would make landfall on his birthday. Happy Birthday buddy! We got you a day stuck inside, full of boredom and monotony!

Today, we’ll focus on Halloween and all the last-minute costume prep I drive myself to do. But tonight as we head out, Sandy’s toll will be felt most deeply; NO TRICK OR TREATING ON HALLOWEEN. When I read aloud the townships announcement that trick or treating was moved to Saturday, when we already have non-flexible out of town plans, it was as if a million pieces of candy were brusquely stolen from my children’s hands and tossed before their eyes into the fiery woodstove. But don’t worry people! The crisis has been averted by a last-minute party. Since the grandparents have been so generous with the candy, we certainly have enough to share.  With some apple bobbing, light saber battles and Tony’s annual telling of “The Legend of Sleepy Hollow’ the kids will hardly miss that bonus pack of Raisinettes tied to a religious tract. (This year, Addie was prepared to take down the addresses of people who gave fruit and pamphlets; for a letter writing campaign maybe?)

May you and yours have a Happy Halloween! (But please remember to say a prayer for those still without power or storm damaged homes.) Check back  later this week for multiple posts in which I detail in minutiae all the kid’s costumes and the backbreaking work I undertook to make them look somewhat uncrappy.