I’ve always insisted that this is not an SMA blog, and that we’re not an SMA family, just a family that happens to include two kids with SMA. And most times, SMA is just this thing lingering in the background that’s not spoken of even though it’s present in the routine and daily living of us all. But times like this, I’m forced to think and talk about SMA constantly. So forgive me if your didn’t want to read more about Fulton and his hospital stay. Caring for him is taking up an even larger chunk of my time than usual. Even when I’m not giving him medicine or a breathing treatment, I’m thinking about how much longer until the next treatment, and praying we can all get out of the house and resume life as normal very soon. 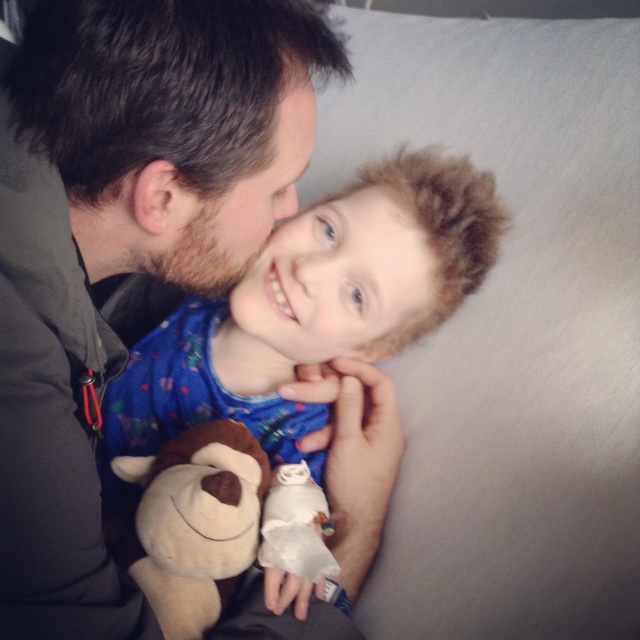 This was taken Friday after we realized Fulton would need to stay another night. He took it well. Tony and I not so much, but we figured if one more night made everyone more comfortable with discharge, so be it. I didn’t know that Friday night he would spike a fever, his numbers would drop and we need to get a chest x-ray just after midnight to rule out aspiration in the lungs. Thankfully, a dose of Tylenol calmed the fever and his numbers looked better without the need for any supplemental oxygen-a key to being discharged. 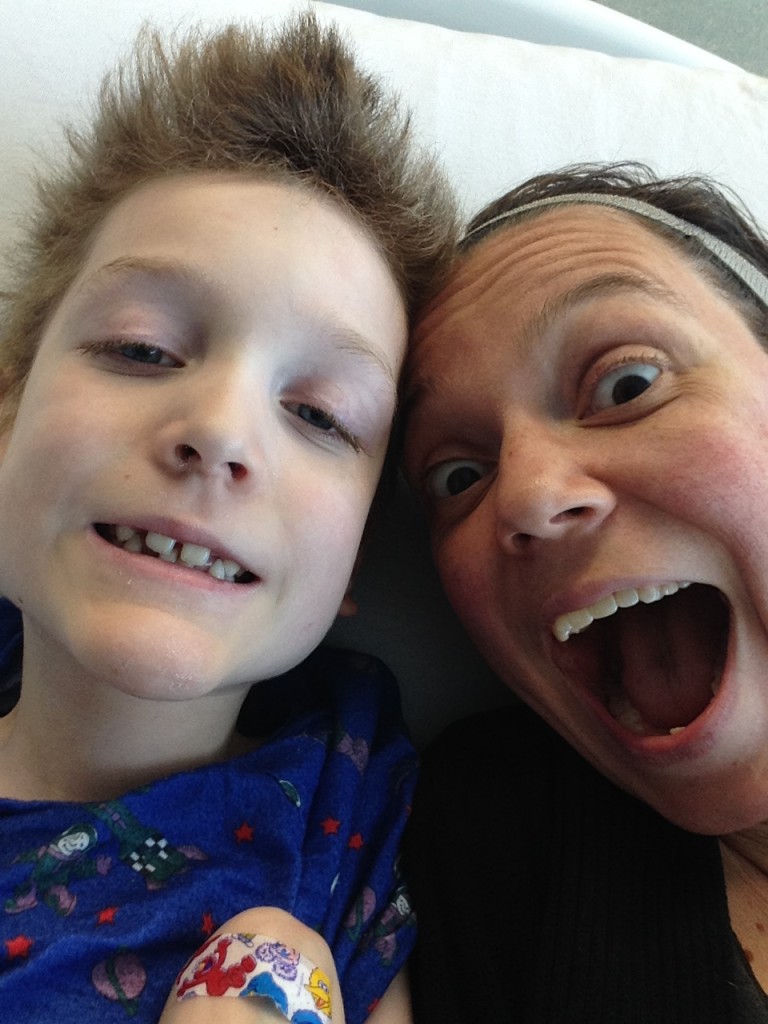 Late Saturday morning, we got word that we were okay for discharge. The x-ray showed his lungs had cleared since his arrival and since he did well after the Tylenol the doctors agreed to send us home! Fulton was so thrilled he actually agreed to selfie with his ecstatic mother! And then within an hour of this photo his fever spiked again and wouldn’t budge even with Tylenol. Sooooooooo, we stayed the day for observation and to rule out a UTI. That evening the lab results showed he was free of any new infections and the fever broke. We were given the option to go home and I happily agreed to get the hell out of Dodge. With shift change, and typical hospital paperwork delays, we managed to get home at 9 p.m. There was a brief celebration, I had a stiff drink, and then we all went to bed. 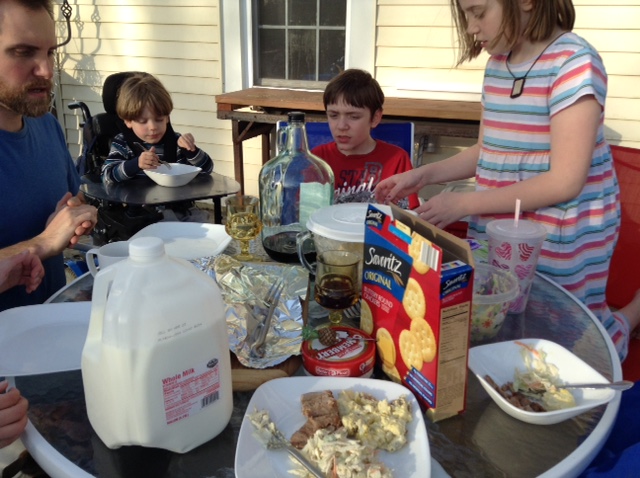 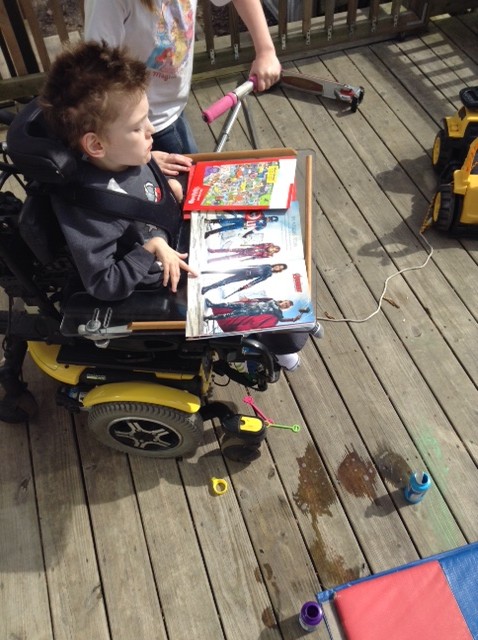 The weather has been great and after five days inside a hospital, we’ve been enjoying as much time outdoors as possible. I cleared Fulton’s schedule for the week; no Mass, no therapy, but we’re slowly getting back to normal. 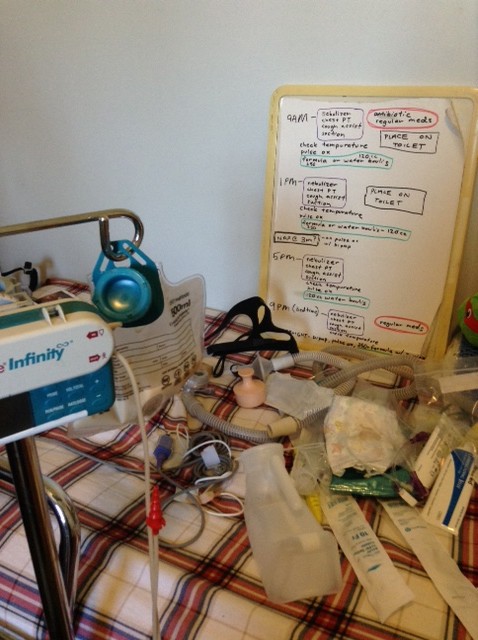 But seriously, it’s been a lot of work. I wrote down everything on a whiteboard I keep next to his bed so I don’t forget anything. We’re still in hospital mode, we’re just able to do all his care at home vs needing a hospital setting to monitor him. Sunday he still had a fever, but since Monday he’s been fever free and yesterday he hit 100 percent oxygen saturation! He still has a junky sounding cough, so I’m continuing with breathing treatments every four hours so we don’t have any relapses. I’m hoping we can all go to Mass as a family this weekend and cut back treatments next week.

Thank you to everyone who has kept Fulton and our family in their prayers! It’s been a great comfort to me to know so many people are keeping us close in heart and mind. If I don’t post anything else about Fulton for awhile, you can assume he’s doing great and we’re back to our normal, which for him includes driving too fast on the deck and chasing the cat.