There is actually a Beavis and Butthead reference in this post’s title. (Or ‘Butthead and Beavis’ as Byron kept calling them which grated on my nerves more than it should have.) If you think less of me, so be it, but we actually had a conversation about said show during our most recent family bonfire so it seems only fitting they make a cameo. 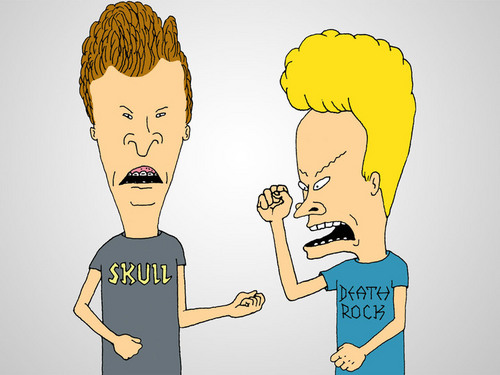 Best. thing. about our property is this view. Enjoying it while sitting by a bonfire, snacking on smores almost always requires photos and a post. It’s sort of my thing.

Last weekend’s fire was even aweseomer because my sister was in town for a visit. We stayed up WAY too late on Friday looking through old photos and laughing hysterically. The next day I tried to show my kids the pictures that made us laugh so hard, and explain their significance and the older kids just looked at me like I was nuts. “Maybe these photos are only funny for you and Aunt Kate,” Byron said not trying at all to cover the budding teenager in his voice. ONE DAY THIS WILL BE YOU SMARTYPANTS!!! I almost said but didn’t. Behold this gem from when my sister and I wanted to get into modeling and our father took some shots for us to use. It was his idea for me to hold the Diet Pepsi. Needless to say, I was never hired by Pepsi, or anyone. There were several more photos from this collection that had my sister and I in tears. A passionate love of smores runs deep in the family. Addie is not amused. BUT OH MY WORD THEY WERE SO TASTY!!!! Don’t let the look fool you, he was in heaven. He was also giving me a heart attack by driving as close to the fire as possible then speeding away. He laughed at the smoke and ash blowing his way. This kid is proving everyday that SMA is not slowing him down in the least…in fact it’s probably given him too much horsepower. Does anyone want a Pinterest worthy post on how to create this stellar bonfire ring/ pile of old landscaping stone? We also managed to eliminate a bunch of yard waste. But don’t worry! We cut down several shrub trees last year so there’s still plenty of fuel for more bonfires! (And FYI children’s artwork make a great fire starter. )

Additional fuel for the fire came from ongoing arguments on whether a marshmallow is tastier burned black or toasted brown. I’m firmly in the black camp while my daughters spend way too much time trying to get that ‘just right’ shade of brown.

Does your family enjoy bonfires or was this recap a total bore? Be sure to swing back to Like Mother, Like Daughter for more photos and less MTV animation.  (And be sure to congratulate them on their beautiful new addition!)