Linking up again for the first time in ages with everyone at Like Mother, Like Daughter. Just so you don’t forget how I roll around here, I’m going to start off with my trademark sunset. 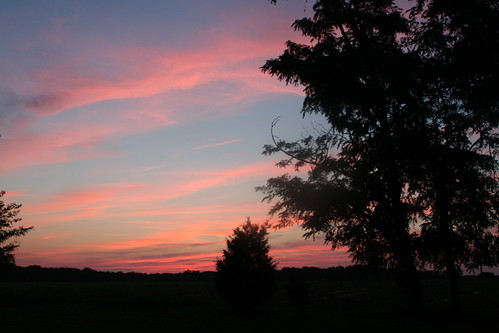 I think it’s very fitting that on the feast of St. Laurence the sky at dusk resembled a flaming gridiron. I mean, sort of… try squinting. We grilled, waved some sparklers, but held off on the bonfire until the Vigil of the Assumption. 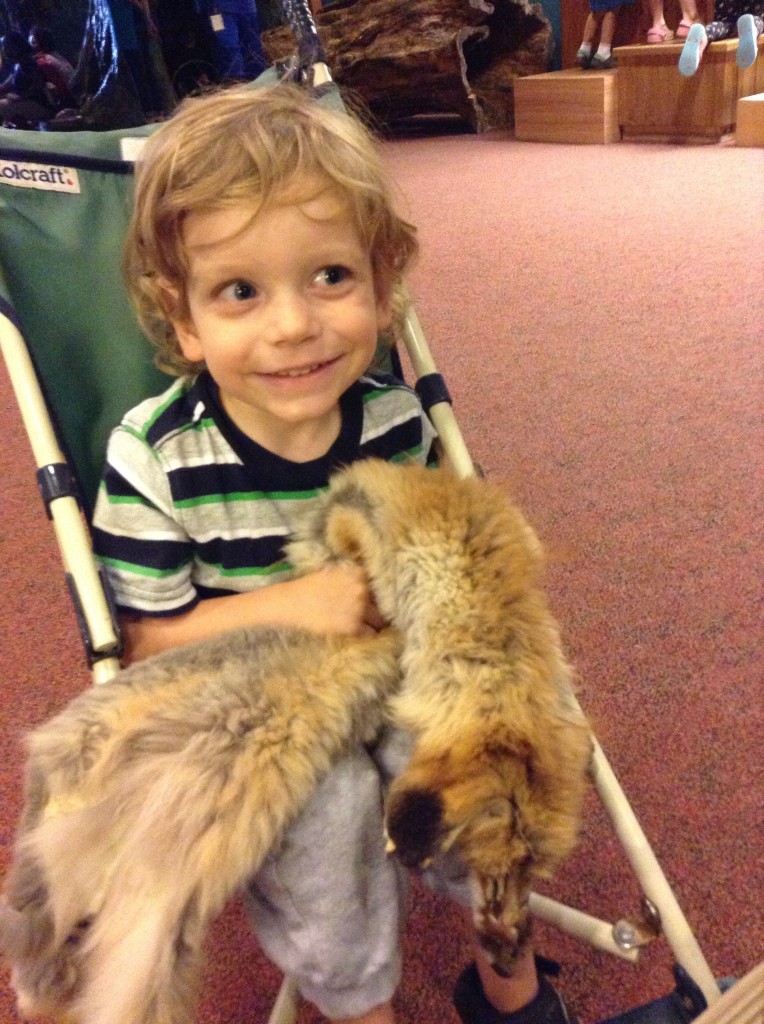 We went to the Academy of Natural Sciences again this week and Teddy manhandled all the animal skins once I assured him that they, like everything else, were dead. Thankfully, Fulton kept asking what was dead and what was alive to reassure Teddy that nothing had changed since our last trip.

Conversation with husband upon uploading this picture.
Me: Look at this cute picture of Teddy I took at the museum.
Tony: Whatdaya know about rockin’ a fox on you your noggin!
Me: But the fox isn’t on his noggin.
Tony: Well, if I’d have been there, I’d have put the fox on his noggin. 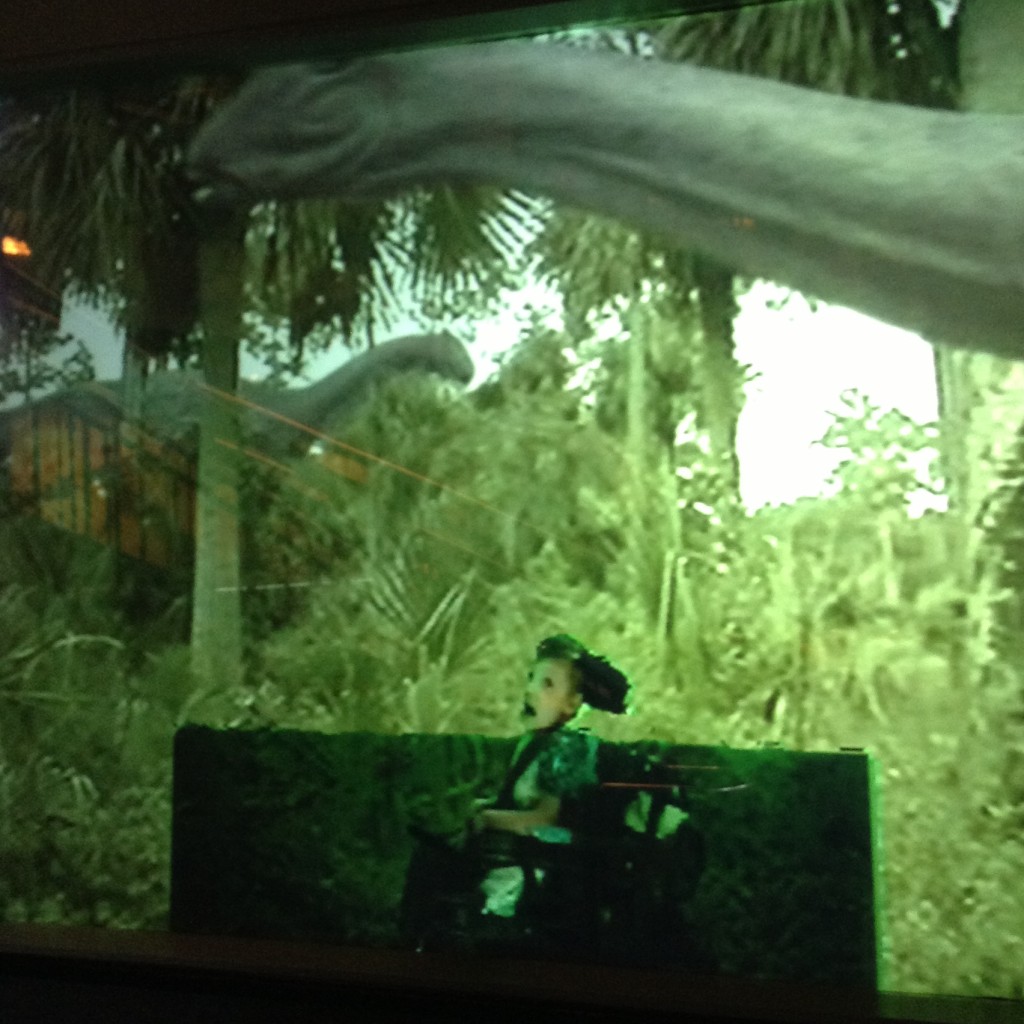 I know, grainy blob of a picture. I’m breaking every rule about what types of pictures you should publish on your blog  BUT let me explain. They have this booth at the museum where you step in front of a green screen and on a monitor to the side, you can see yourself surrounded by dinosaurs. There’s also a large TV screen outside the booth where other people (a.k.a. moms taking pictures with iPods) can see the footage. So that’s why I have this shot of Fulton screaming at an Apatosaurus (or is it a Brontosaurus?) preparing to trample him. He was totally hogging the booth, but who’s going to tell a kid in a wheelchair his time is up? Live it up Fulton! That preschool day camp has all the time in the world.

(Don’t worry, with a little prodding,  Fulton did move along to the animatronic Velociraptor where he sat for twenty minutes asking it questions and mimicking its facial expressions.)

We’ve had some visitors on our back deck the last several nights. 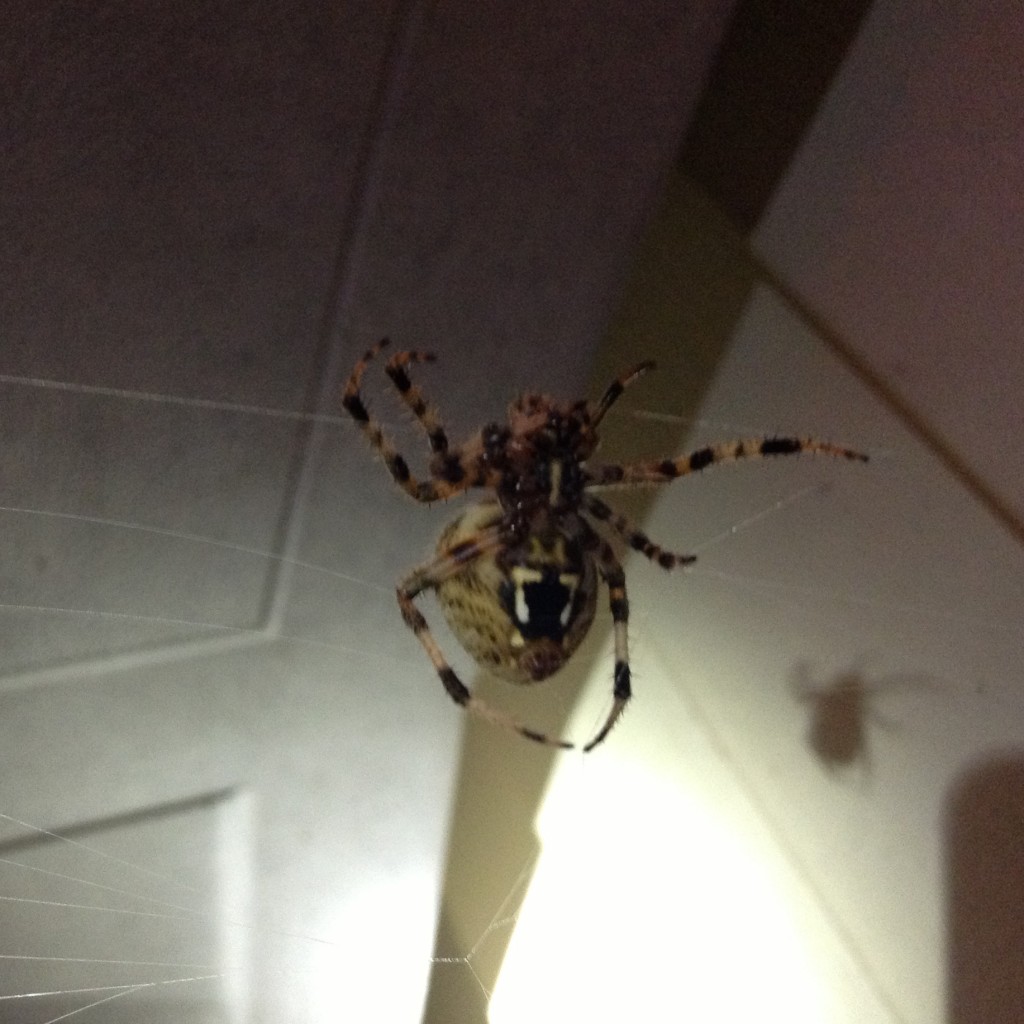 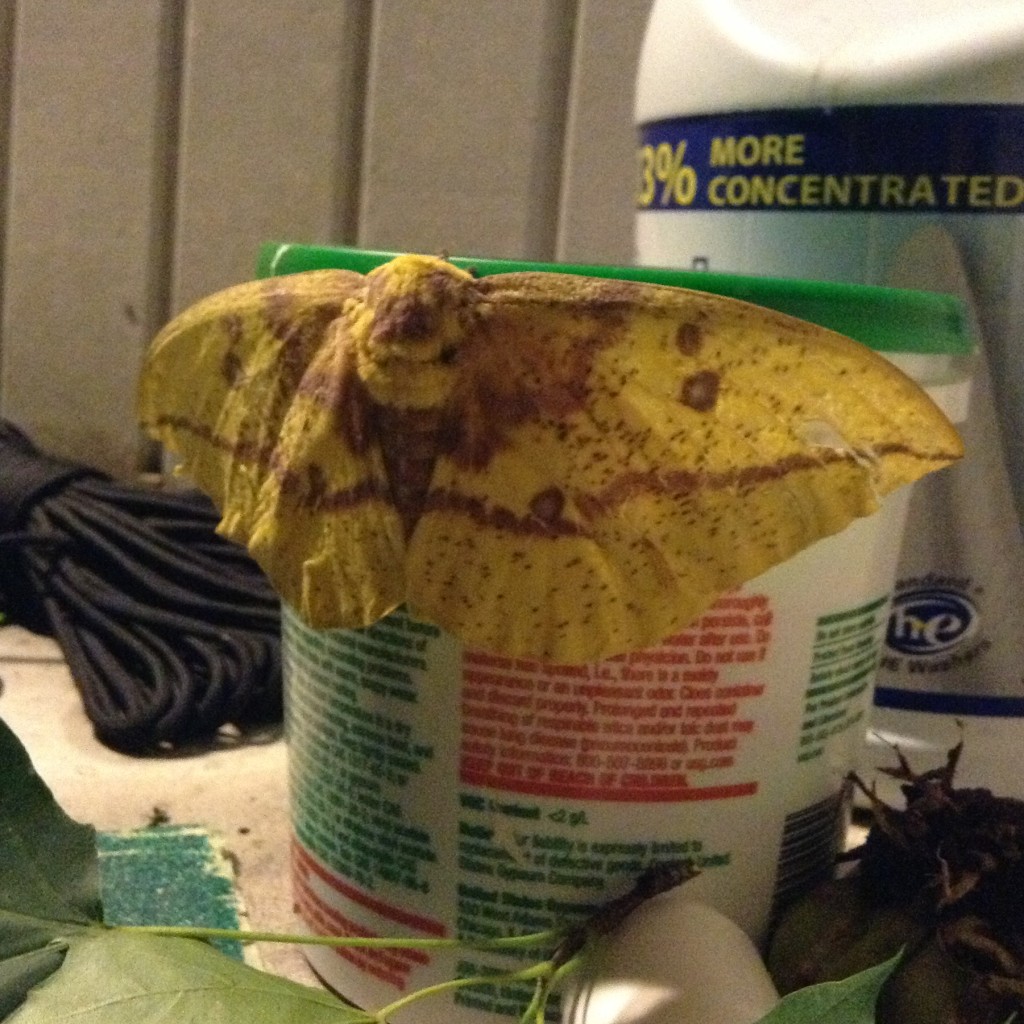 I made Tony take out the trash last night for fear of running into this guy. 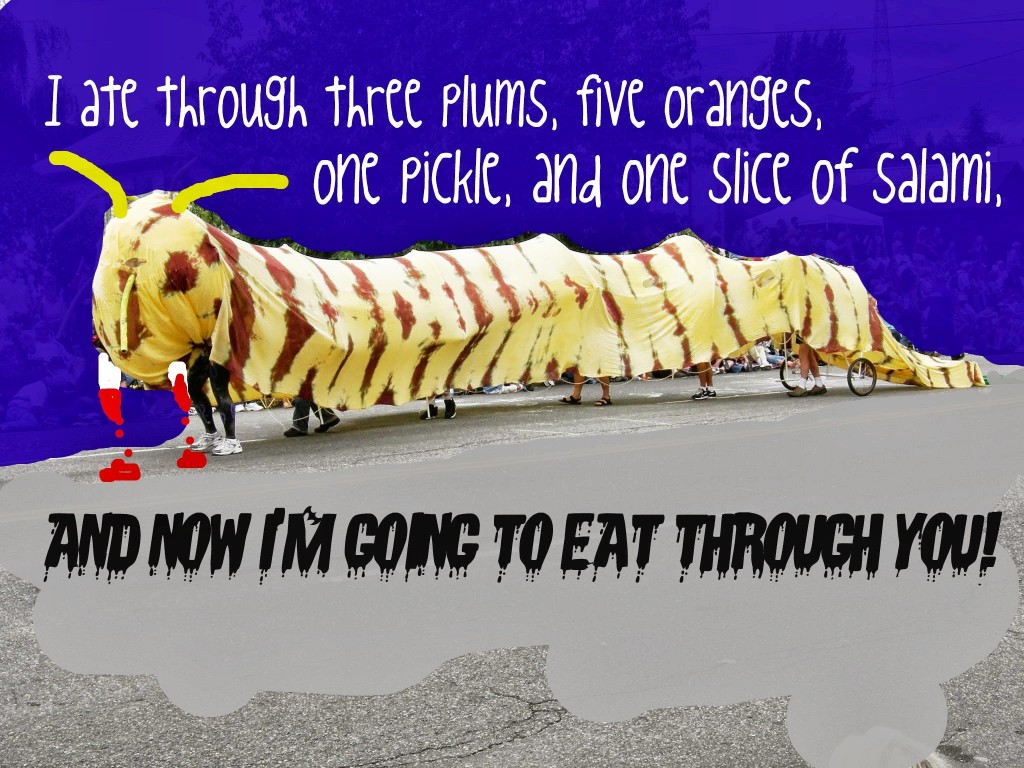 Just another side of country life a guess… one you won’t see played up in Hobby Farm magazine that’s for sure.
For more pictures capturing the essence of pretty, happy, funny and really horrifying things, be sure to swing back to Like Mother, Like Daughter.