The Power of Asking the Internet Or THANK YOU!

On Monday, I did a post that detailed several different options for transporting a wheelchair dependent friend or family member onto the beach. I wanted to shine the light on the many products that are available for families like mine, and hopefully help those who were unaware such devices existed. One product I highlighted was the Mobi-Chair.

I mentioned how my husband and I were considering purchasing this chair for Fulton but had not done so yet due to price. It was simply a statement. I wasn’t going to ask for donations because, somewhere in the back of my mind I really hoped that we could swing this ourselves, that somehow we could pull the money together on our own. I’d just finished asking for money for #35K4SMA and I knew that within a year or so, I’d probably have to undertake a massive fundraising campaign to help us do major handicap modifications to our house. I didn’t want to ask for a beach chair.

But Bonnie did. And after securing the permission of my husband and I, she posted her fundraiser at midnight August 7th. Less than 24 hours later, she had raised all the money to cover the chair, plus hopefully all related fees and expenses.

Guys, I still am just BLOWN AWAY and unable to say anything other than THANK YOU! I could do another lip synch video or selfie but I’ll save that for when the chair arrives, cause you know I’ll be all up on that hot sand within hours of the UPS delivering it and filling all the empty space on my iPod. I can’t even imagine how excited Fulton will be.

And in case you didn’t know, August is Spinal Muscular Atrophy (SMA) awareness month. Two years ago I blogged the basics on the disease to help get the word out. Last year I started my #35K4SMA campaign to help other families. This year, Fulton’s trip to the beach story touched many people in a way I didn’t expect and resulted in not only a beach chair for us, but in getting the word out about SMA to even more people. How great is the internet?

You guys rock! Thank you again from the bottom of our hearts! 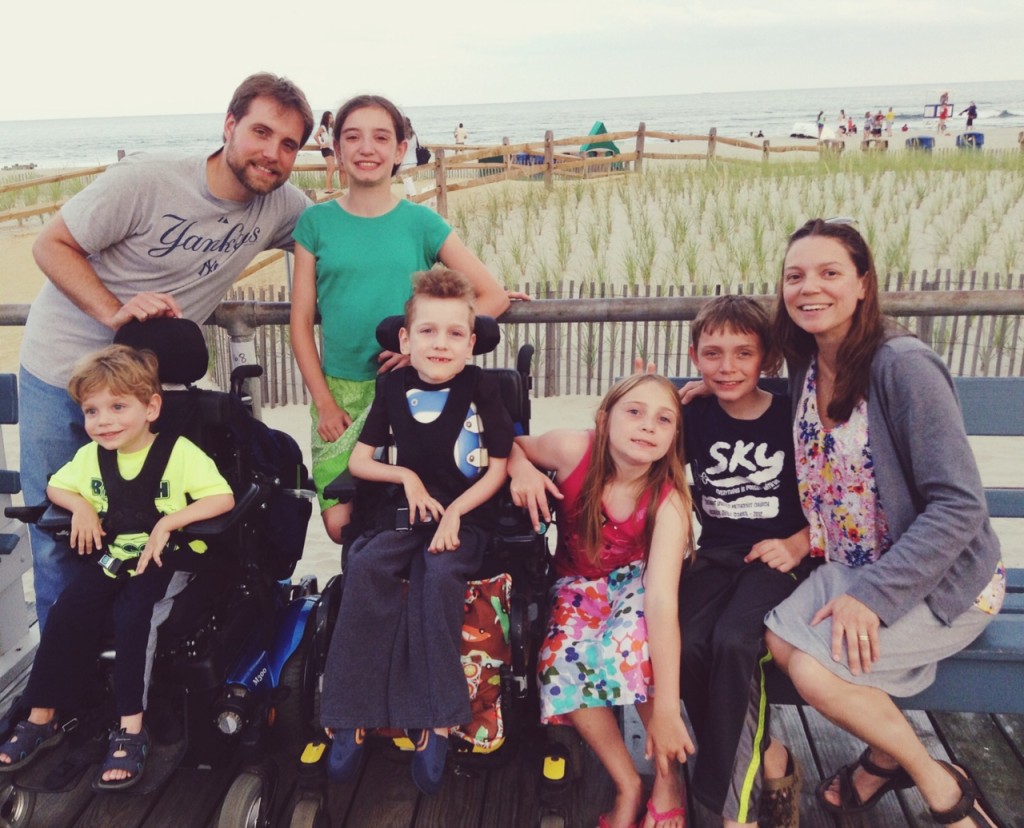