It is taking all my mental energy to pull together Seven (seven!!) Quick Takes this week that don’t revolve around food. I’ll try to leave my complaints in the past, and regal you with tales of yore, or tidbits of yore. 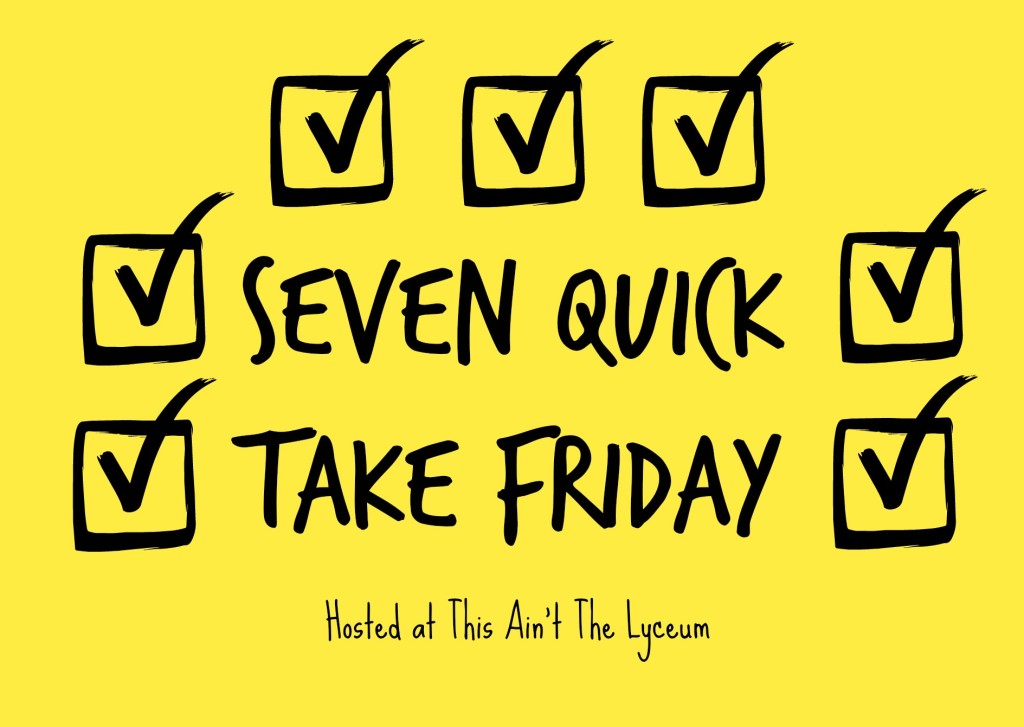 1. The other HUGE stressor hanging over my head right now is the fact that my husband is currently looking for a new job, as his current job will probably not exist in a month or so. We’ve seen it coming for a little while, but only recently have we started telling family. Honestly, both he and I see this as a great new opportunity. Last time Tony was laid off, he wanted to move into a different aspect of software design but was pigeonholed due to his previous experience. His current job took a chance on him, gave him tons of opportunities to work with and learn new software stuff and because of that, there’s a lot more out there for him to consider this time around. So for now, I’m confident that this is a stepping stone to something great; I’m really at peace with whatever happens, but that doesn’t mean the uncertainty of the future isn’t a bit stressful.

And applying for a job has changed dramatically, even since five years ago! You don’t just sent in a resume and cover letter in a nice envelope anymore. Now, you design a resume, or create an online, interactive Prezume. One company is asking for a one minute introduction video to be included! And Tony’s been doing a bunch of phone interviews (which is great in a house full of noisy kids) instead of face to face. He’s also a reluctant LinkedIn user who has suddenly been shoved into the deep end of social media interaction. It’s a whole new ball game, with me playing supportive wife and editor.  If Tony can’t find a job, the back up plan is for me to start handcrafting fine art resumes and LinkedIn profile portraits for the next generation of job hunters. Prayers it doesn’t come to that!

A couple of these pins inspired my redesign of Tony’s resume.

2. Tony could also have a future in blog tech support. My blog was down for hours and hours this week due to all sorts of security breaches that we believe originated from our host. Thank goodness my husband knows how to pick through lines of code to find the corrupted files and delete them. I think he addressed the problem as best he could from our end and we’re looking at new web hosts. (In the mean time, if you ever click over here and get weird ads, a malware warning or this:

just assume we’re working on it.)

3.  Every Lent we purge the house of sweets, and every year I miss junk food immensely. This year, it’s worse since I’ve weeded out ALL added sweeteners. In doing so, I discovered just how much food has added sugar. I’ve also noticed how much some foods really need just a bit of sweetness to bring out their optimal flavor. Nowadays, things are sweetened so we taste the sweetness, and the main ingredient is overshadowed. But a little sweetness can really help to enhance many foods without the overpowering taste of sugar. I love a good spiced chai latte, but from a coffee shop, it’s usually reminiscent of chai syrup. However drinking a chai with only coconut milk tastes like crap. Both extremes are bad. I really hope come Easter, I can strike that balance between bringing out the full flavor of a meal or beverage without noticing the added sweetener.

4. At the suggestion of several readers I picked up ‘In This House Of Brede’ by Rumer Godden and finished it this week and loved it. It was less gritty than ‘Five for Sorrow Ten for Joy’ but an engaging story most of the way. I told my daughter’s I would make them read it when they were older as they sought to discern their vocations in life. Even though I am not a nun like the main character, Dame Philippa’s struggle and  abandonment of self to God’s will is something that still spoke to me in my vocation as a wife and mother. How often do I put myself and my desires in the way of God’s plan for my life?

5. I took part in a great homeschool link up over at California to Korea and Ordinary Lovely recently. The entire hop wraps up today at Waltzing Matilda so if you haven’t checked it out, do so. Lots of great pictures that show home education comes in all shapes and sizes and types of pajamas.

6. Our local library branch is always collecting and selling used books; 50 cents for a paper back, $1.00 for a hardcover. Even though we’re bursting with books, I can’t help but check out the selection and I always get excited when I see someone has emptied their house of old books. This week I discovered several old school readers, a wonderfully illustrated book entitled “Science with Milk Cartons!” and this gem 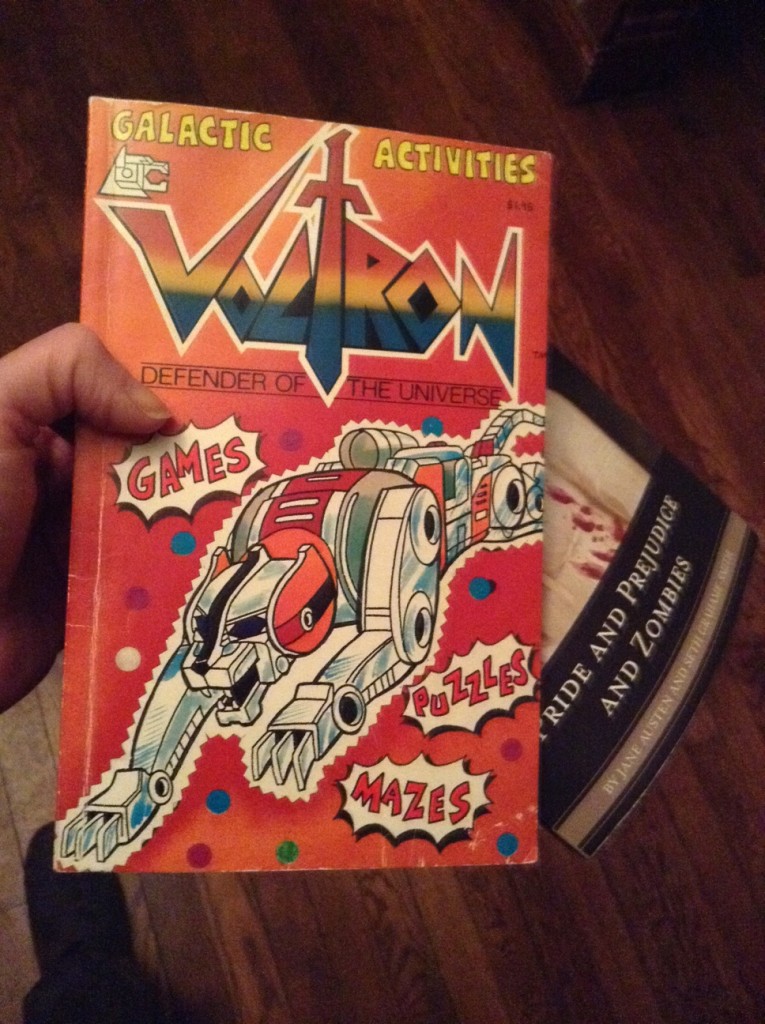 Sure, most of the games are completed but it’s VOLTRON!! My kids don’t get it and want to know why Voltron has cats for hands and feet. We exist on different planes altogether.

Least Viewed Post Ever (it can stay that way too, no worries)