{SQT} From The Bottom to the Top, it’s the Week that won’t Stop!

It’s time for takes of the quickest variety. Low-fat, gluten-free and with only a slight aftertaste.

1. We carved pumpkins…last week. I’m telling you know because I feel obligated to give a follow-up after my pumpkin carving post from earlier this month . We had fun decorating and carving while Tony’s aunt from the midwest was visiting us. Honestly, it was still a bit earlier than usual for our family and, as I knew would happen, we had a couple warm days, followed by lots of rain so many of our jack o lanterns are looking extra scary right now. But here they are in their glory days: 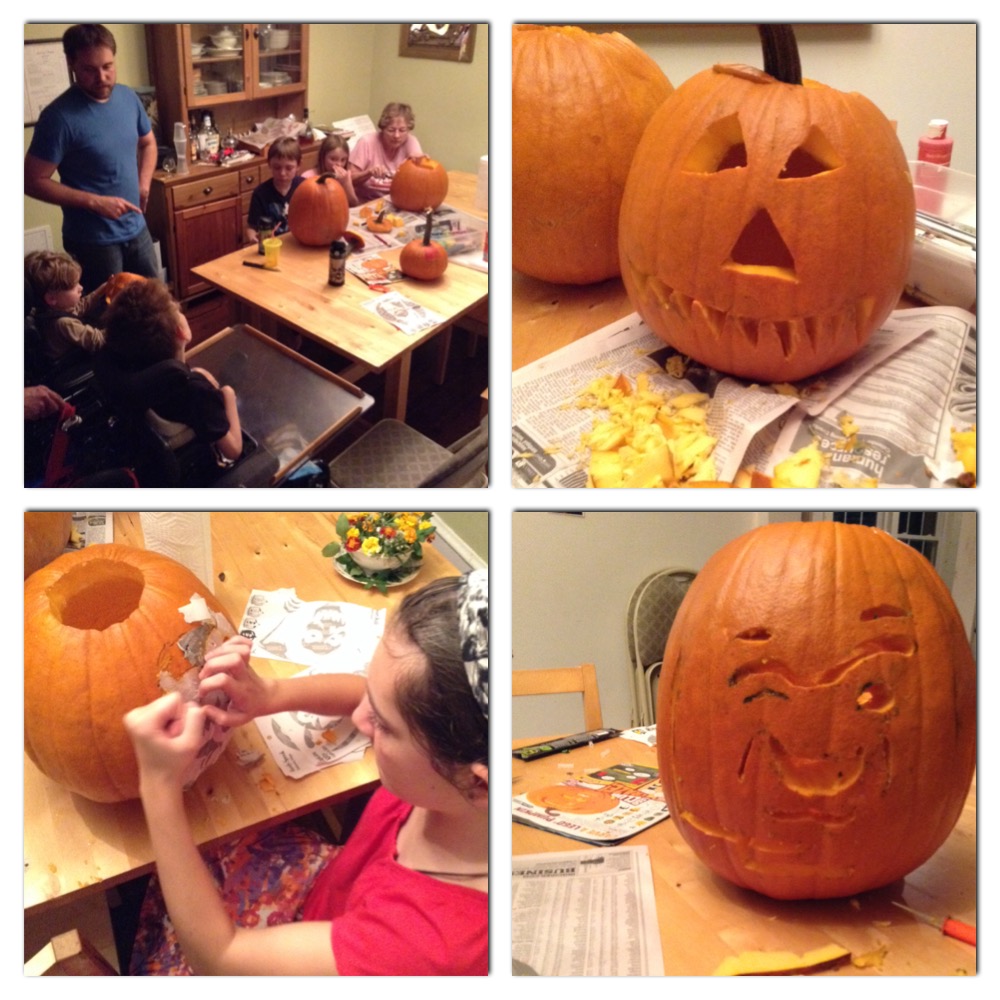 2. I also mentioned recently about our families tradition of doing things for birthdays rather than gifts. For Teddy’s fourth birthday, we offered him a choice between a monster truck show and an overnight camping trip (which the older kids were pulling for.) His response? “I’d like to go to Ocean City for my birthday.” THAT is a kid after my own heart! 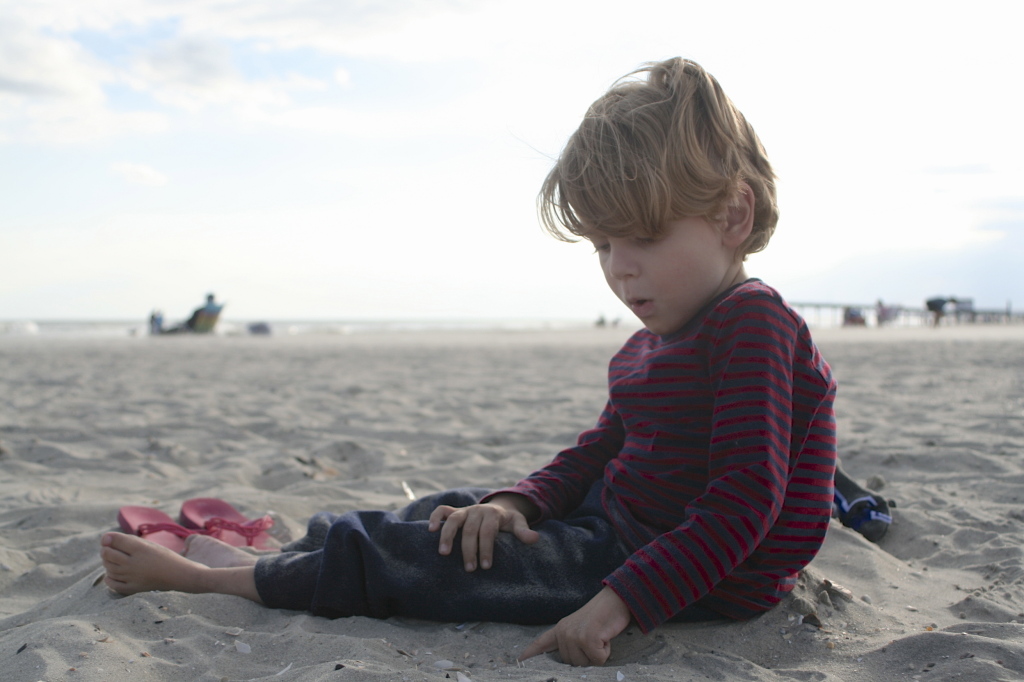 Last Saturday was gorgeous and we had a great day at the shore except for one tiny incident at the restaurant we stopped at for dinner. They had, what sounded like, the Pitbull Pandora station on in the dining room. Tony and I didn’t mind, and I think the kids were more annoyed by my blurting out “Mister Three Oh Five to Mister Worldwide!”every time a new song came on. We were waiting on our pizza when a Enrique Iglesias song came on. However when the chorus started and Enrique is supposed to say “But tonight I’m LOVING you,” he said about the worst possible thing instead of LOVING. Tony and I just froze and our jaws hit the ground as the chorus repeated like, 50 times, before Tony managed to pull it together and go to the front and as them to change the song. Of course the kids knew something was up, but despite the older ones knowing all the major four letter words (I know, bad parent alert) none of them had caught the offending word. (Probably because they didn’t know that word could be used as an action verb, combined with AWESOME guardian angels.)  So the resulting conversation was quite hilarious.

“Did he say stalking? Is he stalking someone?” inquired Byron.

“Caulking? Is he going after some woman with a caulking gun?” Addie asked.

Yes, Addie, Mama and Papa are highly offended at the suggestion of attacking some woman with a caulking gun. End of discussion.

3. Addie offered up more interesting commentary later in the week as her and I were driving from her violin lesson. She’d been telling me how so many of the books she’d been reading featured divorced parents and children scared of their parents getting divorced. After some discussion she said, “It’s just that me, Byron and Edie have never had to worry about you and Papa getting divorced because we’re Catholic, and we don’t believe in divorce.” Even if Tony and I argued, she’s never worried about a divorce because she’s known such a thing is not an option in our family. She realized that when families aren’t Catholic or when it’s clear divorce is an option, kids are fearful whenever their parents don’t get along. I’d never thought about the security that the Church’s teachings on marriage bring to the child. I mean, I knew divorce was bad for kids, but to hear my own daughter say she didn’t worry when Tony and I argued was a real eye opener. I was especially surprised because I don’t remember ever specifically saying anything about divorce and remarriage to the kids before, though I’m sure it’s come up in passing. In general, the conversation proved Addie had a very mature view of marriage that I hope sticks with her into her teens and twenties as she discerns her vocation.

4. And now a word from our sponsors. 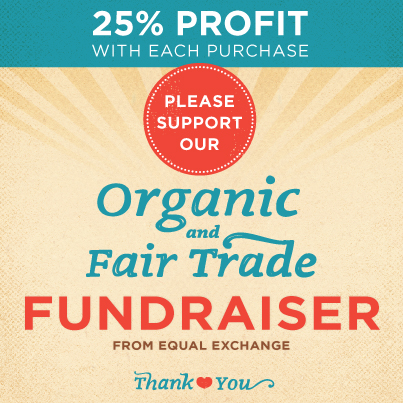 Friends! Do you enjoy gourmet chocolate, coffee and handmade items? Do you enjoy supporting small farmers and worthy organizations, like Catholic Relief Services? Then please, shop the First North Star Explorers Equal Exchange Fundraiser online store! Our family is deeply involved with the FNE which is a Catholic Scouting Organization based on the work of Lord Bayden Powell and started in Europe. The organization spread to Canada and is now springing up across the United States. It is solidly Catholic and offers all the opportunities of other similar programs without the questionable content or affiliation. Our local troop is teaming up with Equal Exchange to offer awesome fairly traded foods and gifts as a way to support our activities for kids ages six to 18, and help keep dues low for families, many who enroll multiple children in our programs. Our online fundraiser runs until the end of December. Please consider doing some of your holiday shopping through our site! Thank you!

Now back to our regularly scheduled Takes!

5. Do you follow The Common Room blog? One of my favorite features is when ‘The Headmistress, zookeeper’ does a free Kindle books post (which she does frequently). From fiction to cooking and everything in between, the zookeeper finds the best in free books and my Kindle is cluttered because of it. Follow along to snap up a new favorite.

6. Besides the occasional Quick Takes, I’ve been LOUSY about joining any link-ups. However, if you’re looking for new blogs they can be a great way to fill your Feedly or grow your online community. Jenna at Call Her Happy is now hosting the Five Favorites, and Cari at Clan Donaldson is bringing back another season of Theme Thursday. For a listing of many other great link ups in the Catholic blogosphere, I recommend swinging by Revolution of Love where Bobbi has them all in one post.

7. I always get a bunch of spam comments on my blog, however my spam filter is really good at keeping any of it from actually appearing on my site. I occasionally sift through my spam folder to make sure no good comments are getting lost. In doing so, I’ve recently noticed that one photo in particular is getting hit with a TON of spam comments. 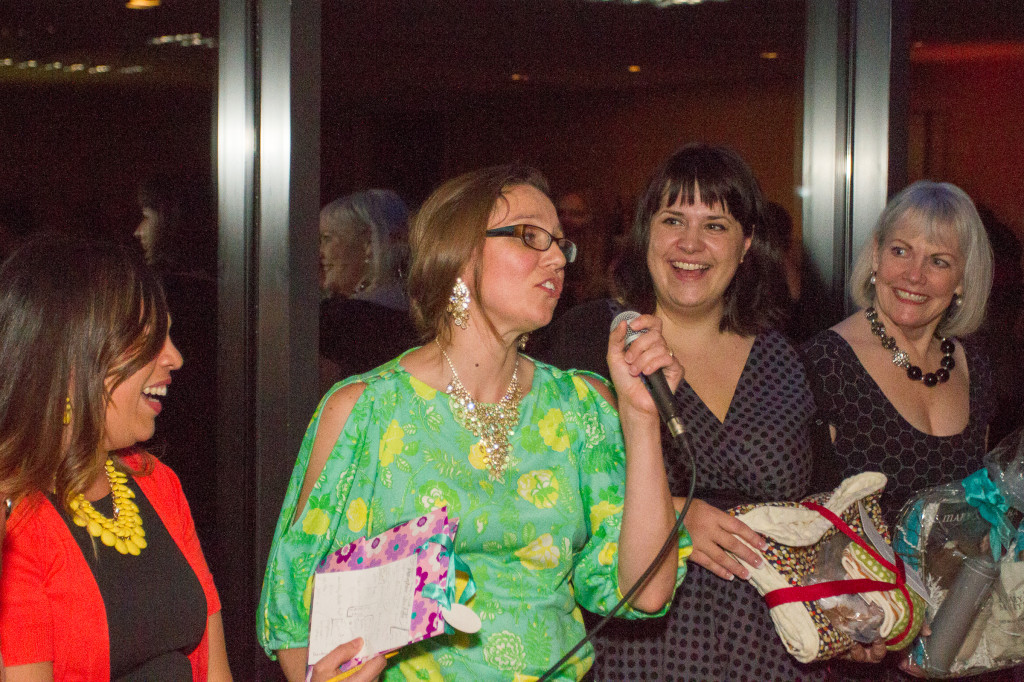 I don’t get how the internet works sometimes, and for the life of me I can’t explain why this one picture from Edel, titled ” explaining why I shouldn’t judge shoes” is popular with spammers who are telling me:

then I was starting to get a little bit more performance and i made the decision that I will give it yet one more year,”

he inspects the effort, and therefore understands which usually she is at present by the wedding venuw in soundcheck.”

“it is really quite fairly likely that this bunny’s afflicted mother will have sent back consider it.”

this is real feathers within the feet.”

In other news, if you need links to buy yourself some cheap uggs, let me know.

For all these reasons and more, be sure to swing back to Jen’s for more shoes, but in song format. Happy weekend readers!