I sat down last night at my computer to type up a {pretty, happy, funny,real} post, when I realized yesterday was Thursday! Gah! Guess that means I’ll have to cram all the blather of a Seven Quick Takes with the photo sensibilities of a {p,h,f,r} post. Two great tastes that taste great together.  *smush* Plus a heapin’ helping of Pin-able pics, cause while some of the pins on my boards make me jealous, I see a lot more that make me think, Pffffpt! I can create something like that! 274 repins? For real??? 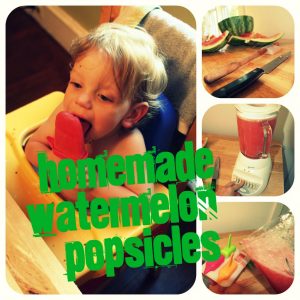 1. After processing so many tomatoes I wanted to die, I finally moved on to processing the watermelons. At first, I wasn’t sure what I would do with the almost one dozen melons collecting on my deck. I’d seen some recipes for canning watermelon, and even watermelon rind and there was no way I was making any of that, and then trying to force it down my kids’ gullets in six months. Then a friend suggested cutting it up and freezing it. Genius! Better yet, I took the watermelon flesh, ran it through the blender and poured it into popsicle  molds. The kids loved them! Plus, I just poured blended flesh into gallon bags and laid them in the freezer to scoop out later for smoothies. Three watermelons later, I had eight trial pops and seven bags of blended flesh. One watermelon has rotted so only eight more melons to go. I hope the kids really like popsicle and smoothies.

2. We finally made it to the dollar store to collect the last of the school supplies and allow the kids the feeling of living large. The older three each had three dollars apiece to spend as they wished. My daughters each took additional funds. I’m thinking, how much crap am I really going to let them buy, $2 maybe $4 worth? I selected what I needed and then stood there for another 10 minutes trying to influence their purchases. “Only one can of silly string please. Oh! Who wants this neat origami kit? Anyone? Edie, really? Another wig? Addie that poster is huge! Do you really think you’ll color that whole thing?”

3. While there, I contemplated buying another small dry erase board because ours were all a mess. I couldn’t do it though, and I vowed to try to clean some of our old boards again, before investing in another. I tried wiping hard with a paper towel, soapy water, vinegar and then lo and behold I tried rubbing alcohol. Did you know it cleans dry erase surfaces LIKE A BOSS?! Forget the dinner prep, I started running around the house cleaning and making everyone look at how shiny the surfaces were and adding, “No you may not draw on it right now! I need to show your father as soon as he walks in the door!” 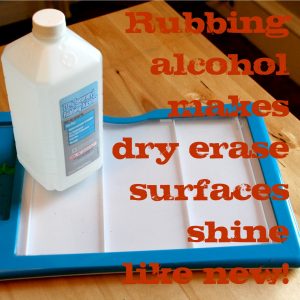 4. After assaulting my husband with a clean dry erase board, I finished making one of my favorite meals for dinner. Without an additional vegetable mind you, because I’m greater than the food pyramid. Ham loaf and pineapple stuffing are two foods I’ve never found outside my hometown of Lancaster, PA. And now, I present them to you. My ham loaf recipe is a combination of recipes I’ve found in a couple Mennonite cookbooks. The pineapple stuffing was a regular at church dinners growing up and was included in a cookbook released in the early 80’s as a fundraiser. Pretty much every meal I ate growing up came out of that cookbook. 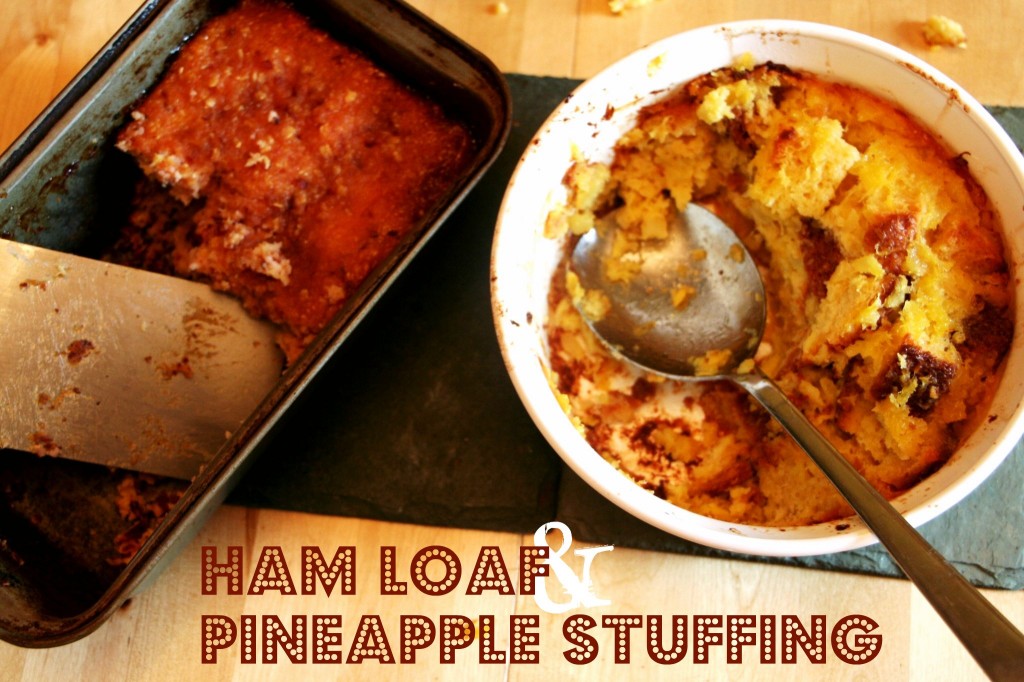 UPDATE: Click for the recipe! If you tried before and it didn’t work, try again, I fixed it!!

5. The Modern Mrs. Darcy, a.k.a. Anne wrote a great article over at Simple Homeschooling about time management for moms. I could relate immensely because Anne homeschools four kids and tries to make time for herself to write and network online. I’ve been upfront from the get go that while this blog is fun for me, I also hope to eventually turn it into something more. What exactly I’m not quite sure. But I do know, writing, commenting and social media is something I’ve been trying to squeeze in around the clock in bits and pieces; a furious and usually fruitless attempt at multi-tasking. These bad habits have led to numerous typos in posts, statuses, tweets, etc that I don’t catch, despite re-reading things a million times. And sometimes, I don’t notice them for hours or days after publication on the interweb. I realized my mind was never fully present during my hasty writing blips. I made stupid mistakes because I was still mentally writing lesson plans, reading a story to the kids, cleaning the kitchen, or worrying about all three. Taking Anne’s advice, I’m going to change some things.

6. And another thing, I’ve acquired the wonderful habit of finding great blogs, commenting on them, forgetting to be notified of follow-up comments and failing to bookmark the site.  I don’t know how many times lately I’ve tried to track down a blog I commented on with no luck. And I’ve got some folks on my Facebook feed, some on Twitter and some in my reader feed. If you’re one of the lucky few I’ve got in all three, you’ll know because I communicate with you. If I commented on your blog once and never returned it’s not because I didn’t find your site interesting, I’ve just got lousy online etiquette. But I’m working on it. I’m hoping to dedicate time just to read, comment, respond to comments/emails, catalogue sites and other assorted social media networking so it doesn’t take away from my writing time. Or pull me away from my kids during school time. “Do history on your own! I’m in a twitter conversation with someone I don’t know but they’re referencing a comment I made…must. scroll.through. browser.history.”

7. From the beginning, I wondered how real and sincere my budding online friendships could become. Could the people I met only through their online identities really become friends? Was it all a game just to gain followers and page views?  But I’ve been surprised, pleasantly, in people who’ve taken a genuine interest in me, what I write and take the time to comment. I’ve found people I admire and I read and comment on because, I genuinely like who they are, at least online. I have yet to meet an online acquaintance in person so I wonder if the feelings would transfer to a face to face meeting. There’s been some uncanny coincidences between myself and those I’ve met which can only led me to believe God can bring people into your life anyway He darn well pleases so don’t discriminate or you might miss out on a great friendship.

Guess that wraps up ramblings here. Someone stop me before I start mutilating more family pictures in PicMonkey. If you’re not interesting in being friends because I’ve hurt you with my callous online behavior, be sure to head over to Jen’s for more Seven Quick Takes written by people who will respond to your comment promptly and otherwise love you.