{SQT} In Which You Wonder Why You Keep Coming Back

Last night was the first time in about a week I didn’t spend an hour listening to one of Teddy’s late night temper tantrums. You might think a good night’s sleep would equal a Super Awesome Quick Takes, with the power to whiten your teeth and banish dandruff! But you’d be wrong. Now behold the rambling mediocrity you’ve come to know and accept begrudgingly.

Put the blanket up to my cheeky.

(Smack to the face.)

FINALLY, something we can agree on. Accept “being tired” to Teddy apparently means, keep screaming for 30 minutes.

2. With temperatures around 90, we went to a beach along the Great Egg Harbor bay for some fishing on Wednesday. (Today it is freezing cold and pouring rain. Mother Nature you need a serious spanking.) 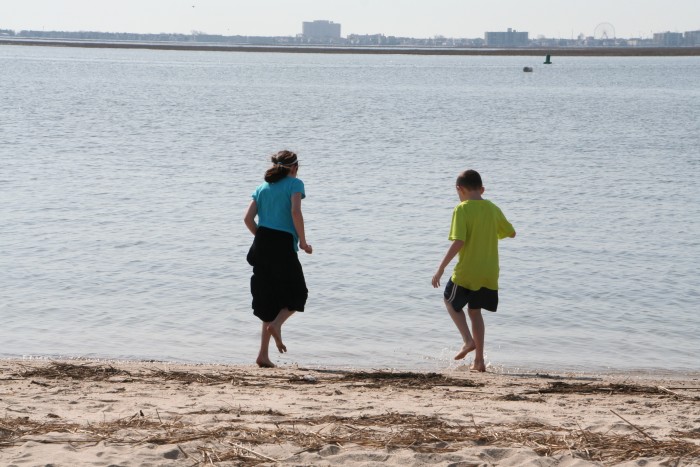 Hey, this water is just above freezing; let’s run in it up to our knees! 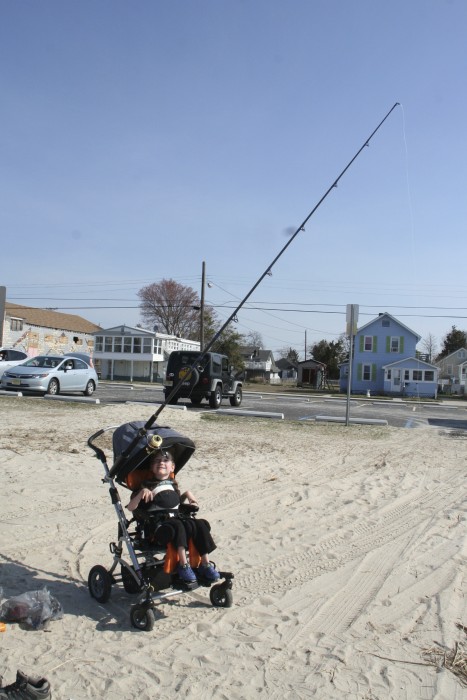 Because Fulton wanted a big fishing rod….if the Loch Ness monster is hiding in the bay, she’d better watch out. 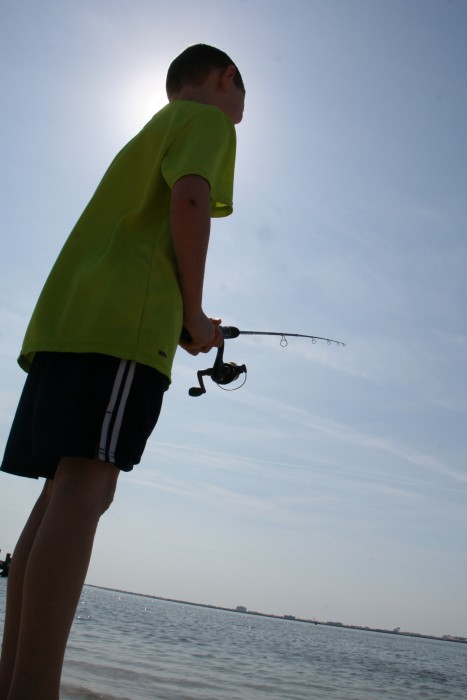 The enthusiasm for fishing lasted a solid 15 minutes at which point Fulton finally understood that Grampy couldn’t make the fish bite and so we packed it up.

3. I’m feeling like I’ve fallen into a blogging rut. I’m reading all these deep and thoughtful posts and I feel like my posts are about as attractive as the weird kid that approached you at a middle school dance and made some awkward comment intending to be funny and all you could do was back away slowly and try to hide when “Stairway to Heaven” started to play.  Even though this is my blog and I should feel no pressure to write on a schedule or even to produce quality work, I do. I love not being under a deadline like when I was a journalist (let me tell you how fun it was in the newsroom the night the election results came in for Bush/Gore) but I don’t think the relaxed format I’ve got going means I can post crappy stuff. So anyway, now that I’ve subjected you to this unwanted look inside my ego, any questions from the peanut gallery? What would you like to know about me? My family? Is there some weighty issue you’d like me to weigh in on weightally? Let me know, seriously, otherwise get prepared to read about my weird obsession with bacon in three parts starting Monday.

4. I’ll be at the CHAPLET Homeschool Conference tomorrow; will you? I’ll wear something outrageous so you can pick me out in the crowd. I radically photoshop all my selfies so unfortunately, you won’t know me otherwise.

5. We started running/walking as a family to get the kids in shape for spring track. On Monday we did day one of an eight week ‘Couch to 5K’ ap and after 30 minutes of walking and jogging the kids were screaming for my head. All except for Fulton who came along in his stroller and thought the whole trip around the neighboring development with me yelling “RUN” “WALK” was as great a time as an outing to Target. After our cool down, Edie was clutching her side and crying on the side of the road and Fulton tried giving her a pep talk, “That was great, let’s keep running! Edie get up!! Let’s go!” Every time since then that I mention running Byron says a prayer under his breath that he comes down with a stomach bug so he doesn’t have to go.

6. I officially transferred all my RSS feeds over to The Old Reader and, so far, I like it.  I don’t like it as much as Google Reader but TOR is close enough to make me happy and I’m hoping that as more people switch over, TOR will change some of their options/settings so I can make it even more like GR. It doesn’t have a mobile ap, but it adapts nicely to my iPod screen. If you are one of my three readers subscribed via GR, be sure to switch over to something by July. Otherwise you’ll miss out on more posts like this. (Not sure if that is a threat or an incentive at this point.) [Update: 4/25 Feedly in ‘Title View’ tops it.]

7. And of course, I have to mention baby mama drama. Please continue to keep Jen and Joseph in your prayers. I can somewhat relate to what she’s going through as Teddy was born at 34 weeks and spent two weeks in the NICU. After his arrival in the wee hours, I held him briefly and then he was whisked away. I didn’t get to hold him again until much later in the day due to my own health issues. Our priest came and baptized him and I couldn’t even be there. I know how hard those first hours were on me and the following days in the NICU. It is draining physically and emotionally and although my older kids understood my absence, it was hard on the younger ones. I agree with everything Priest’s Wife posted and recommend it for anyone facing an NICU admission.

Alright, I think I’ve allowed the screaming to go on unsupervised for long enough. Be sure to swing back to Grace’s for more Tick Quakes of blow out proportions.