{SQT} Praying For A Healthy Christmas

1. We kicked off the week by taking Fulton to the ER on Sunday morning with breathing difficulties and a fever. I was thinking pneumonia and overnight admission, but thankfully, it was “only” a double ear infection, cold and dehydration combo that came out of nowhere. 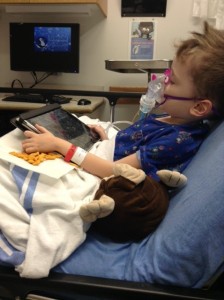 iPad, stuffed monkey, Goldfish crackers and a dragon style nebulizer mask= on the road to recovery.

2. We were discharged after eight hours of observation. Every four hours during the day, its breathing treatments, temperature checks and pulse / oxygen monitoring. Plus, increased formula and fluid through his g-tube to compensate for his lack of appetite. Antibiotics will clear up the ears and ideally prevent any chance of pneumonia taking hold. Thankfully, we turned a corner Tuesday and I’m confident he’ll be 99% by Christmas. But as can be expected, the dedication to his care meant Christmas preparations ground to a sudden halt. Today and tomorrow we’ll finally get the decorating done and bake some cookies.

3. Teddy’s cold also took a turn for the worse, and while his symptoms are the typical two-year old continual drip and cough it’s just enough to wake him up several times at night. And now that he sleeps downstairs with Fulton, and refuses to be consoled by his father, it means I’m up and down the stairs multiple times every night. (Thankfully, Tony answers any of Fulton’s cries or machine alarms.) By morning, my thighs and glutes and burning. If I look a little more bootylicious/JLo in the next WIWS, you’ll know why.

4. As you can imagine the whole “not sleeping” and incessant worrying over Fulton have left me a little Scrooge around the edges. I told Tony that it’s all because I told God I would offer stuff up this Advent, so consequently, this Advent has to be extra trying. Tony’s response “Yeah, that’s kind of like God’s signature.” I’ve also taken to warning the kids when I haven’t slept as their que to not talk to me barring a broken bone. They seem to appreciate this and give me updates throughout the day on my behavior.

5. Yesterday, they gleefully announced at lunch that I was in a “good mood”, which by their estimates happens fifty percent of the time. Perhaps that’s because Wednesday night I took a hot shower and went to Target alone for almost two hours. It was the highlight of my week; maybe my month.

6. However my mood quickly deteriorated later in the day as we attempted to make some homemade clay ornament from Pinterest. I should’ve known things were off to a rough start when I had to heavily substitute one of the main ingredients. Long story short, the dough did not come together as nice as the pin and my kitchen was destroyed in the process. Plus, now we’re out of baking soda. However, Addie’s cinnamon ornaments made from some recipe she found in a book (how archaic!) turned out fantastic. Maybe I’ll post them to Pinterest. 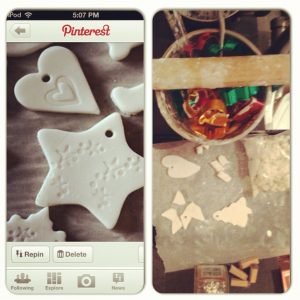 7. We received bacon in the mail as a Christmas gift from family so the world better not end before I can eat it all. 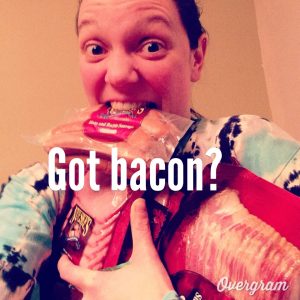 And now, check out the rest of the Minor Revisions fan club over at Jen’s.

UPDATE:  I when I wrote this last night all the above was true, however this afternoon as I jump on to revise and hit publish I need to update that Fulton backslid over night and is back to square one, a.k.a where we were Sunday night when we got home from the ER. We are uncertain why his symptoms came back so suddenly and while we’re monitoring and keeping him comfortable, we know if he gets worse or develops new symptoms we can’t manage, it’ll be back to the hospital and likely an admission. Please say a prayer he recovers and we can enjoy a healthy Christmas at home. Thank you.