It’s been a week. Let’s break it down in seven…. thousand words. Just kidding. Its Quick Takes people. Doing my best to share a superficial view of the latest.

1. Crazy mom’s night out! Tuesday night my friend Michele and I went out to a wine bar I picked primarily because it offered a large cheese board appetizer and dessert shots starting at $3. ’nuff said. The other selling point was unlike some places that only offer wine or beer flights (where you sample several small servings) this restaurant offered Sangria flights. If three glasses of Sangria doesn’t scream party, I don’t know what does. Now, because it was a fancy restaurant, one of the Sangrias actually had beet juice in it, which sort of made it taste too healthy to be an alcoholic beverage but, I choked it down. It was a fun night. I still take pride in saying “We were some of the last to leave! We shut that place DOWN!” Even when I know that it was a Tuesday and the restaurant closes by 10 p.m.

2. After that crazy late night, I rolled out of bed early on Wednesday, and chugged tons of coffee in anticipation of a totally fun and awesome day: five hours in a medical exam room with three kids! ( However, I’ll be the first to admit I’ll take five hours with 10 year old Edie, 8 year old Fulton and almost 6 year old Teddy over 20 minutes in a pediatricians office with 4 year old Addie, 3 year old Byron and 1 year old Edie. I don’t miss those days at all!) What makes a clinic visit extra special is you get to meet with 9,283 doctors, nurses, therapists, consultants, shamans and the like, instead of just one nurse and one doctor. The boys were rewarded for not completely melting down by riding in the glass elevator!! (“WOAH, we can see everything from here!!”), staring at some weird artwork with moving cars in the hospital lobby! (“This is so COOL!!!”), and eating in the hospital cafeteria!!! (“Onion rings, hamburgers AND chocolate milk? AWESOME!!”) Edie was a huge help to me, especially when the elevator door abruptly closed and Fulton and I were whisked to a higher floor while she and Teddy were left behind. She kept her cool, got the next elevator and met us within a couple minutes. #bigkidsforthewin

3. Related: I really like Jagermeister. (Don’t judge.) Back in college I got a baseball hat with the liquor’s deer and cross logo on the front. I don’t wear it that much but I always told the kids it was my ‘St. Eustace hat’. It’s been posing a bit of a problem lately as Edie and Teddy have taken to trying to wear the hat out in public, like say, to clinic visits. Of course, they equate it with wearing a scapular or something, while I see it as equal to taking a baby into a bar in a Budweiser onsie. 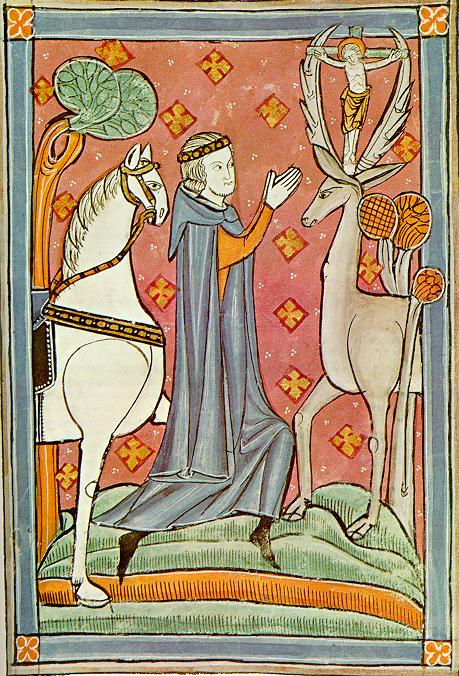 Teddy also insisted on calling it “his hat.” Because we don’t already get enough stares when we go out in public.

4. After a couple of months of waiting, a new part for Teddy’s wheelchair was ready to be installed this week. Although we’d already MacGyvered the hell out of his armrest (so he wouldn’t be stuck without a working chair for that whole time), I wanted the new arm installed in the hopes it would prevent future problems. When I explained everything to the wheelchair repair tech, he basically said that the part on Teddy’s armrest that keeps breaking shouldn’t keep breaking. Was he crashing into things? I looked at him as said, “He’s a five-year old boy. He’s drives his chair like a five year old boy.” The technician looked at our DIY repair and said we should keep it, because it was stronger than the new part he could give us. It reaffirmed my belief that powerchairs are not designed for people who might use them for more than sitting still.

5. It’s been a month with our new schedule of activities. Things are going well, we’ve adjusted to the routine and typically, I look forward to the hours I spend waiting at music lessons, Parkour or fencing. Usually, I can run errands, read books, write, or catch up on emails that have collected dust in my inbox. However, I notice that most other parents often spend the wait on their phones or chatting with one another. Part of me, the extroverted part, feels like I should be more social, make friends and indulge in a little adult conversation. But most of me wants to savor these few moments and use them to get stuff done that normally needs to wait until after bedtime or be done piecemeal throughout the day (amidst screaming). I don’t want to be perceived as a snob, but trying to draw me into a conversation at a practice or lesson is liable to drive me insane. One evening I was reading an overdue library book, that I desperately wanted to finish, when a women seated next to me started asking about my book. She was also holding a book and I kept thinking, “Shouldn’t we both be doing something else, like reading these books? Why are you talking to me? You’re going to hate me because I won’t ask about your book now. Fabulous.”

6. I just found out it’s ‘Disabilities Awareness Month’. Whoops. Since I said everything I had to say back during SMA Awareness Month in August, I’ll just leave some links here for you.

First, any of my writing can be found on my SMA Page or through the SMA category.

Second, ‘This Little Miggy Stayed Home’ is covering all the bases so mosey over there and check out her first couple posts from October, especially the guest post from Rebekah. I love her words so much. When I think about how I want to raise Fulton and Teddy, and all my children, I realized, only recently, how important it was for me to read and talk to other disabled people, not just other special needs parents. Because as much as we try, we, the able-bodied, don’t see the messages our inaccessible world sends to disabled people, at least not as clearly as they do. If you want to gain true awareness this month, swing by Miggy’s for some eye-opening stuff.

7. Last but not least, my parish is holding 40 Hours this week. Leave your prayer intentions in the comments, or email me privately at kellymantoan(at)gmail(dot)com. I will take it all with me and chat with God on your behalf.

How was your week? Do you need a Sangria flight? Write it down then link it up below. Don’t forget to include a link back to this post so your readers can find the rest of the Quick Takes. I look forward to reading your posts!