{SQT} A Week Of Random Proportions

After another exciting week full of missed trips to the potty, I present my seven quick takes.

1. Thanks to everyone reading and sharing my handicap parking post. It’s been getting some really kind and thoughtful comments as well. I could probably do a whole series of angry handicap posts like, “Dear healthy people filling the elevator, can’t some of you use the stairs and let my son get on?” or “Thank you for staring at my son slack-jawed instead of holding the door.” And lastly, “10 Responses to give people when they ask if your child sitting in a powerchair can walk.” But I’m about keeping it positive so I’ll keep those babies tucked at the back of my draft folder. Especially since, overall,  I’ve met more kind and generous people than thoughtless and rude.

2. I took Addie to NYC for a belated birthday present on Saturday. Although the destination was the American Girl store, we spent the same amount of time in the Lego store, despite it being 1/8th of the size. But seeing as it was a beautiful Saturday in October it was akin to mingling around a beehive. So loud. And every two minutes I was bumped, which led to checking my backpack for my wallet lest it had been a pick pocket. Doing ‘The Big Piano’ at FAO, selfies in Central Park, hamming it up in the AG store and posing with the minifig to make her siblings jealous.

I’m not comfortable in the city. It’s too big, too crowded, too noisy; it’s smothering to me. However I accompanied both my daughters on separate trips and afterwards both mentioned moving to NYC. Addie in fact doesn’t understand why we can’t afford a nice first floor, three bedroom apartment in Manhattan. Stop brainwashing my kids NYC!

3. Sunday was our 12th wedding anniversary. I’d really hoped to do some cool photo slideshow/collage thing with sentimental music and deep reflections on marriage and sacrifice but instead I leave you with this Paramore video for ‘Still Into You’. The lyrics and unbridled enthusiasm best describe my feelings for my husband.

It also makes me want to dye my hair red and pink and get forearm tattoos. Seriously, if Tony and I had broken up, I’d probably look like this except I’d be fronting a much less successful band since I can’t sing. Thank you Tony for making a better woman out of me! Can I still dye my hair?

4. Monday, we hit the zoo for Teddy’s birthday. Thankfully he’s at an age where he doesn’t remember we did the exact same trip last year, so he got really excited. Things got a little awkward in the reptile house where a couple of turtles were, uh, playing rough. At least that’s the story I was selling until some stranger walked in and loudly declared “The turtles are making babies! Come look!” and commenced snapping numerous cell phone pictures.

5.  Byron’s method to encourage the little boys to genuflect at prayer times: It’s been very successful, although it constantly sounds like we’re in the middle of a prize-fight around here.

6. While visiting a Barnes and Noble in a college town recently I noticed several books directed at parents on how to help them cope with sending a child off to school. This strikes me as odd. I mean, my oldest is only 11 and Tony and I are already dreaming about being empty nesters.

Granted, I might have been a wreck for the week Addie was at camp this summer but it’s so easy to keep in touch with kids these days. A generation ago when someone went off to college you maybe got letters and visits at Christmas and over the summer. Now, you can text and email your child constantly. Do we really need books to help parents adjust? I don’t know, it just seems unnecessary to me. Once Edie, Byron and Addie are over 18 I’m turning their bedrooms into a craft room and den.

7. I received a wonderful present in the mail this week. 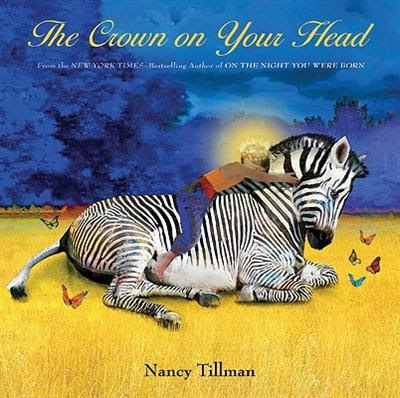 Not only is it a beautiful book, but it came from Ireland which means we covered geography as we all studied the globe to see from whence it came. Thank you Jennifer for this lovely gift and for following this blog since almost the very beginning. (For several months, I’m pretty sure the only readers were my husband and Jennifer.) I think you count as the first friend I made through this site, and if I ever make it across the Atlantic I will give you a huge hug of love and gratitude. (Unless that’s frowned upon in your culture. In which case I’ll just shake your hand or drink a pint. Let me know.)

Now I just have to stretch my legs and prepare to get my drink on at my next run on Sunday. It’s a 5K, through a vineyard followed by a wine tasting. Raising money and awareness for SMA is hard work, but I’m willing to go the extra mile, or glass, and do whatever it takes! Until I recover from my hangover/shin splints and can post an update, be sure to swing back to Conversion Diary for more takes.