The Week of Awesome #MDAcamp

MDA Camp, how do I love thee, let me count the ways!

PHOTO DUMP! All images are from the MDA Philadelphia Facebook page. All campers and volunteers sign waivers to allow their photos to be taken and shared publicly. I invite you to like their page so you can view the rest of the photos from their June 14-20th camp. 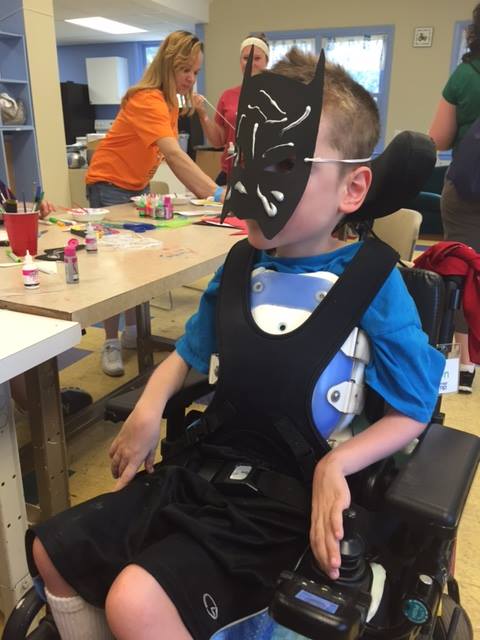 Superhero day! The kids made masks and capes. By day Fulton, but when the sun goes down, the Dark Knight rises! 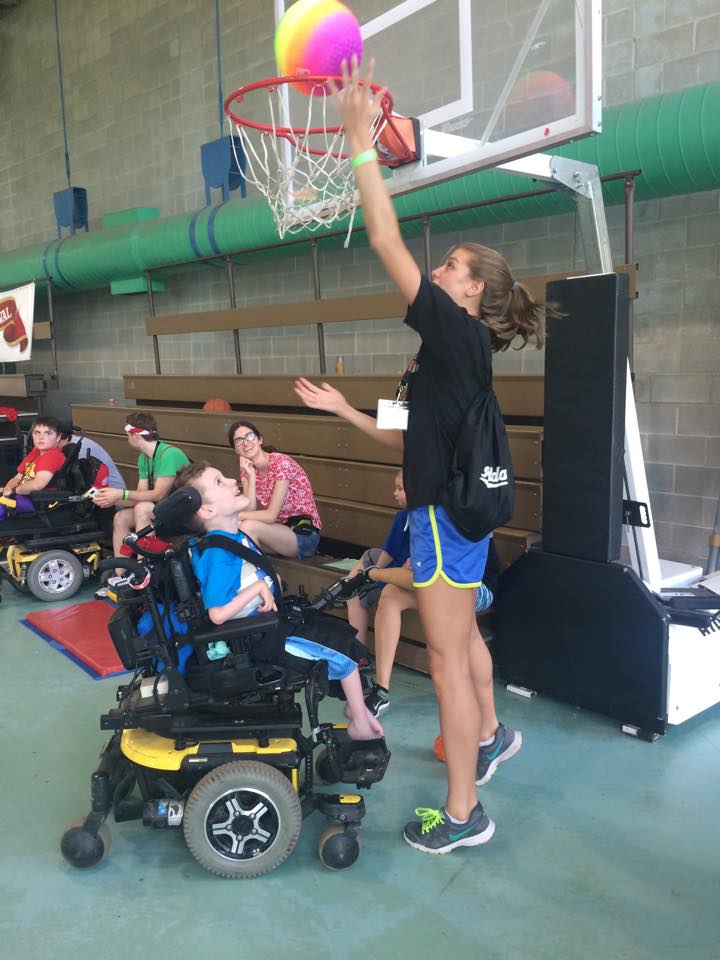 Fun in the gym! The whole camp was 100% wheelchair accessible! That’s even better than our house. 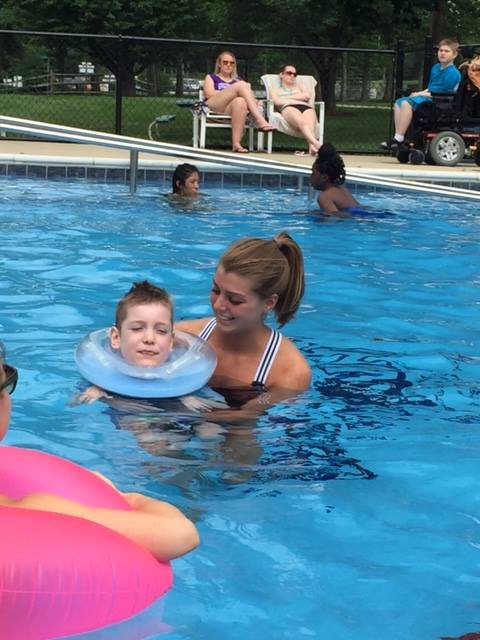 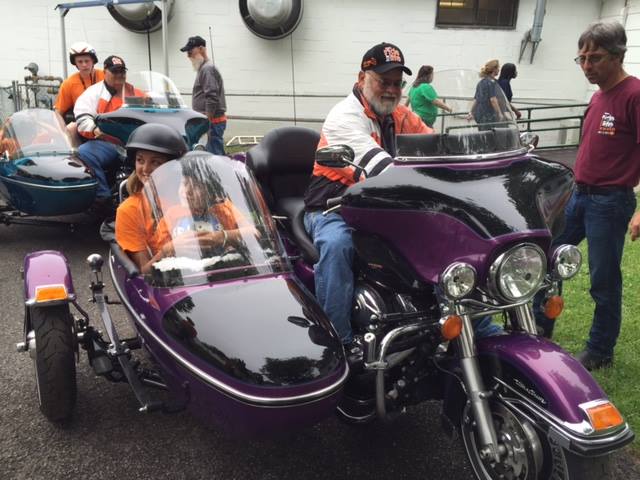 Riding in a Harley sidecar! A highlight of Fulton’s week! 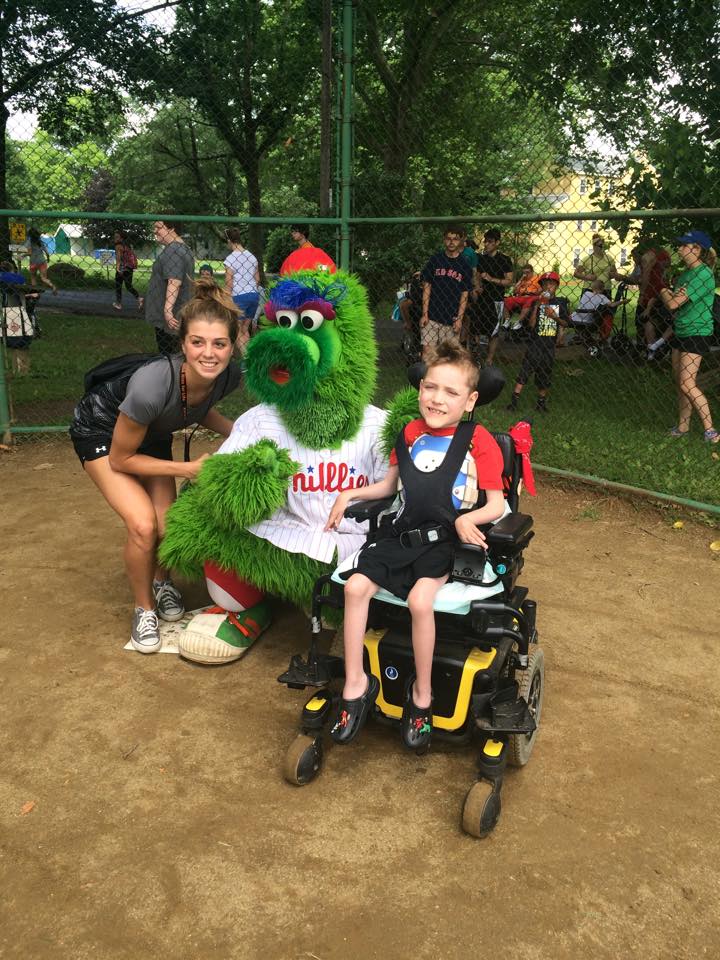 My husband is a Yankee’s fan, so I’m not sure if Fulton knew who this guy was, but he was still happy to smile for a photo, hit a pitch and run the bases.

This is what I kept seeing all week. Smiling pictures of my son doing all sorts of fun things. I never got the call that he was homesick and crying for his mommy. Although I did get called early in the week due to some medical questions, I was always assured of how well he was doing. Once I knew he was truly happy, I could relax and sleep at night.

On the home front, I often found myself with so much free time I didn’t always know what to do with myself. Though I did mange to get plenty done (but more of that in my weekly goals post tomorrow.) We all missed Fulton but it was reassuring to see that he was having a great time.

However I was still not prepared for what I learned at pick up on Saturday. As I arrived at the counselor responsible for handing out the discharge paperwork and prepared to state my campers name, she gave my husband and I a quick look and quickly started to gush about how great our son was. He was the best storyteller. He was so friendly. Everybody loved him. The nurses fought over who could give him his medications. He won the award for ‘Most Talkative’ at camp! My husband and I just stared at each other. Next, we went to the nurses station to pick up his medicines. We ran into the camp director who shared similar information then the nurses, who shared their own funny stories. Everyone asked how we did all week, and I could honestly say, it was the easiest week I’ve had in a long time. I thanked the nurses for all their hard work in making it possible for Fulton to attend because I know he was very medically involved, requiring three visits from them a day. They just smiled and said they were glad that my husband and I could get a break and that Fulton got to have so much fun in the process. (Cue me holding in tears of gratitude and restraining myself from throwing myself at their feet in thanksgiving.)

Finally, we headed over to Fulton’s cabin to find him out front with his counselor chatting to pretty much everyone. He was very happy to see Tony and I and immediately started telling us about everything he’d done and made and introducing us to everyone who stopped to say hi or bye. We learned he was the hit at the dance; everyone wanted to dance with Fulton (this is despite the fact that before camp, Fulton insisted he wouldn’t like the dance.) He rode in a motorcycle side car twice because he loved it so much and he got to go inside a fire truck! He helped pull pranks and was the cabin jokester with his new friend Connor. His counselor said all week he just went up to everyone and tried to make friends. As I stood chatting with another mom, he started up a conversation about Marvel superheros with another counselor who he wished goodbye with a quick fist bump.

We learned the only thing he didn’t like was crafts (no surprise.) And when I asked him if he made friends with everyone he said yes, but then added, “Not the clowns. I hate clowns.” (Sorry guys.) His primary nurse said that given his young age (not seven until this Sunday!) she couldn’t’ believe he never cried or was homesick.

So to sum it up, camp went as well as it could, if not exceedingly better than I ever expected. Around the house, Fulton is a chatty guy, and he certainly like to talk with his close friends and family members, but strangers are another story. It’s not uncommon for him to clam up, ignore the person talking to him or turn his head away. I’ve always wondered why this is. I assume it’s because when strangers come up and touch him, which is all too common, or immediately call attention to his wheelchair or condition (“Hey nice chair!” or “Why is he in a chair?”) he just feels like he can’t be bothered with these people. It was, frankly exciting, for me to see him interact with strangers so happily and work so hard to make new friends even from drop off last Sunday. I hope that as he gets older and is able to better understand that most people really mean well, he’ll be able to share that boisterous side a bit more with new people outside camp.

Thanks to everyone who kept Fulton and our family in prayer during the last week. And if you bought a Sevenly shirt to help support MDA Camps, an additional thanks! Before I had a child with SMA, I never could have imagined how important a camp like this would be for my son, and for me. You just can’t imagine what it’s like to give your physically disabled child a week of normal, while gifting yourself a solid week of respite. Please consider donating or volunteering as an individual (They need more young men to volunteer as counselors! It’s only a week’s commitment!) or as a business. Fire companies, unions, motorcycle clubs, a local Lowes, all came out to cook and help the kids have a great time.

Again, be sure to visit MDA Philadelphia on Facebook to view more great photos and learn about all the organizations that helped make camp possible for kids like Fulton! We’re already excited for next year.