Hello to everyone stopping by from Conversion Diary. Wasn’t that the nicest post you’ve ever read about someone’s blog? I’m still blushing.

Thankfully, my kids have no idea about the online world I inhabit and so, lest my head get too swollen, they made sure to keep me humble after all of Jen’s kind words.  Diapers were still gleefully filled beyond capacity, meal times ripe with fart jokes and lengthy showers taken without the curtain hung around the claw foot tub. Some might say we have a discipline problem; I like to call it “inspiration.”

I know expectations are high for a really hilarious or really spiritually uplifting post but I’m sorry, I sort of stayed up too late the last few nights working on the last two posts (and one crazy homeschool mom’s social) and the pressure of living up to Jen’s glowing review is too much. CHOKE! Just a few notes before my husband turns the light out on me.

I haven’t taken any good pictures recently (unless you count that shot of the old stove for craigslist. With the right filter, it’s pretty artsy.) 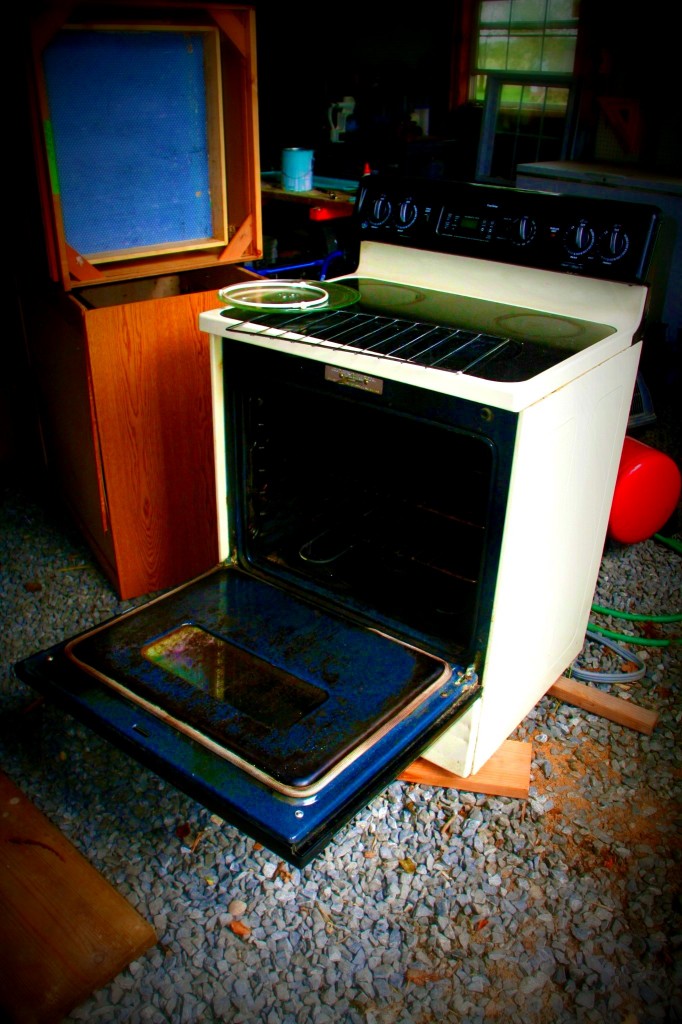 So, no link up with Leila this week. I was just going to do some site maintenance (Feedburner 4, WTH?), leave some comments around the interweb and get some sleep before Fulton’s bipap gets crazy at 3 a.m. again. Considering my general demeanor this morning, that should still be my plan, however I did want to mention one thing Jen brought up in her post that a few people expressed an interest in; giving me gobs of money.

I believe a Paypal button was actually suggested, so folks who felt moved by our family’s situation could donate something. First, I’m so completely honored that anyone would consider giving their hard-earned money to us. It’s hard for me to comprehend that with so many charities and needy people in this world, people who know me only through this site want to donate money to us. It can only be expressed as a genuine Wayne’s World, “We’re not worthy!” feeling.

Second, our family is blessed with a wonderful local network of family and friends. Since Fulton’s diagnosis in 2009, we’ve had two successful fundraisers organized for us. Some of these same people will be working to organize a third fundraiser in the near future to help us purchase a newer handicap modified van. At that point, I would be happy to place a Paypal button on my blog for anyone who wanted to contribute towards the plopper.

We have had to learn to ask for charity and it is a humbling experience to be on their receiving end of so much of it. We feel a great responsibility to only ask when necessary, spend when necessary and account for each penny.

The nursing issue will be resolved, but not through donations. At least not right now. Planning for the plopper has begun. We are not struggling otherwise, and so your prayers are all we ask of you right now.  As much as I would love to accept sympathy six packs via snail mail, I’m pretty sure the post office has restrictions that poo poo that sort of thing.

Alright, now Tony has taken the pillow I needed to properly sit in bed and write. Where’s the love? Didn’t he read Jen’s post????

Thanks again everyone, and good night.