{WIWS} 35K4SMA Style With A Side Of Sickness

I really thought this was going to be the 5K that I enjoyed, that completely changed my mind about running, and convinced me that running is invigorating and rewarding in it’s own right.

You see where this is going right?

Rewind to Sunday morning. Here I am looking cute in our dirty hallway mirror. 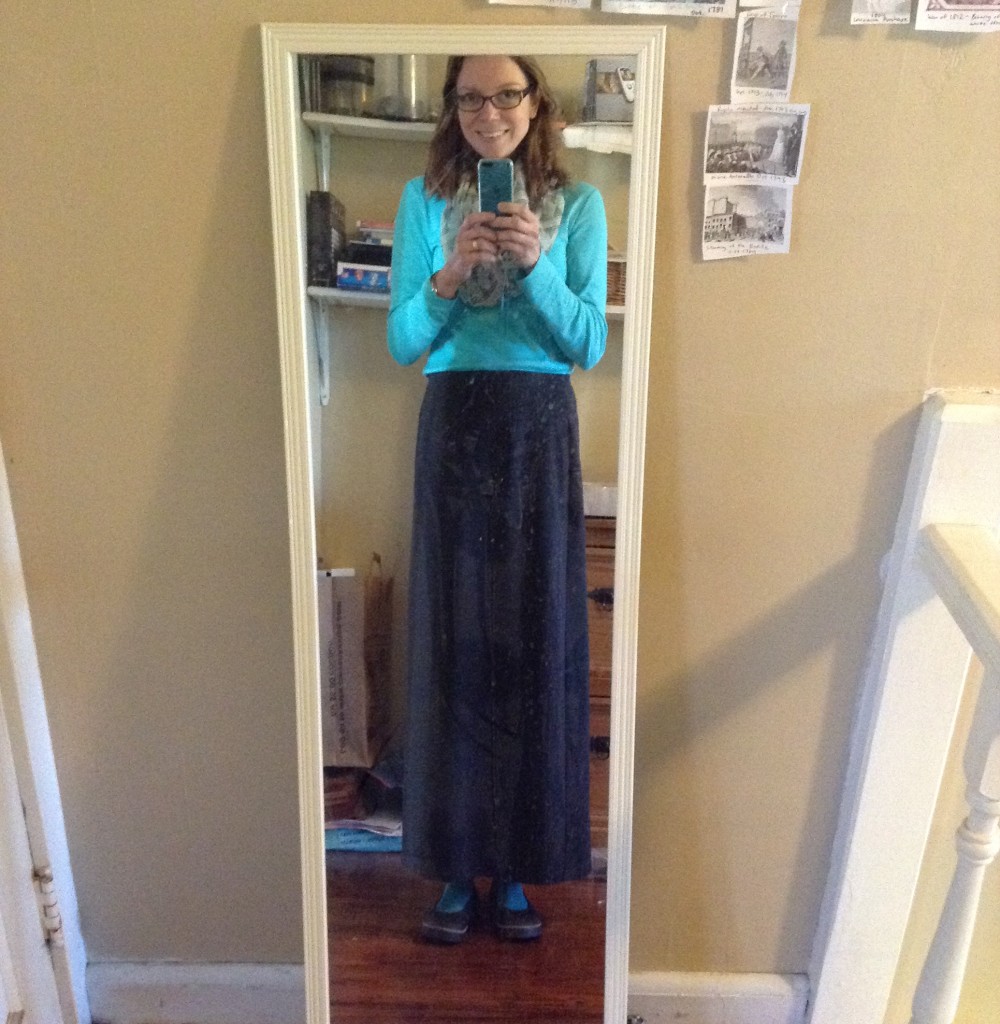 Then, here I am about 10 minute later after Fulton threw up all the formula I tried to give him through his g-tube. 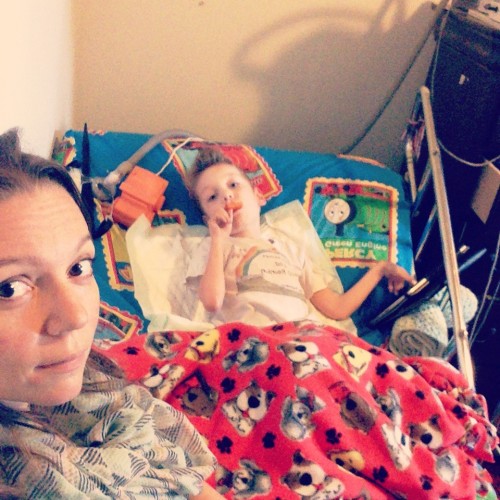 Tony and I decided to go to Mass in shifts because although Fulton’s throwing up could’ve been due to feeding him too much formula, too fast on an empty stomach (which has happened before) we had to make sure it wasn’t a bug or…gulp…a parasite.
Thankfully, after receiving some more fluids via his g-tube, Fulton asked for some crackers and then a sandwich. He insisted he was fine and was in good spirits. I packed up my running clothes so I could leave from Mass. But as I went to change him I realized he’d had a huge, loose bowel movement. At that moment, Tony got home, walked into Fulton’s bedroom, surveyed the damage and said “Looks like he might be coming down with something.” “Something” being code for HUGE PARASITIC OUTBREAK PART III! Or so I immediately thought.

At Tony’s insistence, I went to Mass, called him afterwards (Fulton was still fine) and went to my run trying to focus on anything but the thought of another round of sickness. It should of been easy since I was traveling with two friends, and meeting two others at a winery for a 5K followed by a wine tasting and live music. The weather was gorgeous, parking was free and did I mention there was free wine??? 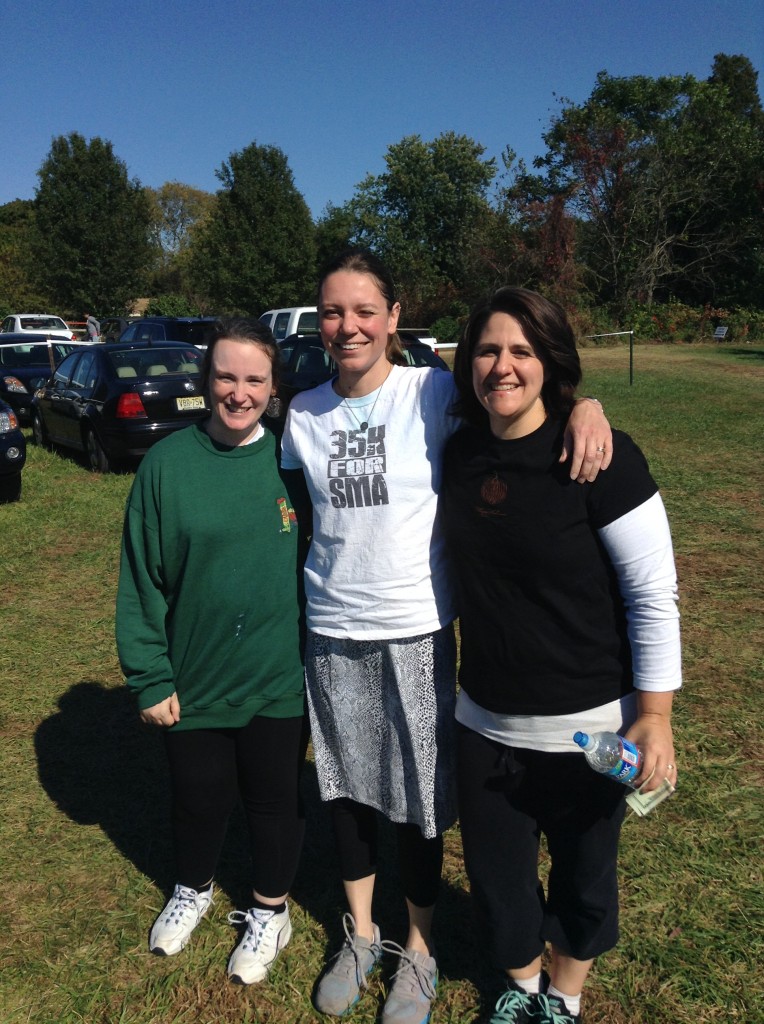 After last month’s tortuous mud run, and with another month of training under my running skirt, I figured this would be my 5K to shine. This would be my first timed race too. “Maybe I could place, at least in my age division,” I naively thought. Then the announcer asked for anyone who’d be running the race in 21 minutes or less to come forward so he could explain the course. Twenty one minutes??? I was cramping at the thought.

And then the race started and I quickly realized I still really, really, dislike running especially when it’s through a scenic vineyard of hills and tire-rutted trails. I mean, this is New Jersey; there’s not supposed to be hills in New Jersey! But I kept at it, despite the urge to punch every volunteer who was stationed along the course to “encourage” me. “You’re doing great, you’re almost half way!” Almost half way??? I want to die and I’m not even in the middle of this hellish experience?? “You made it to the top of the hill! Only  a mile left!” Oh, did I make it? It was hard to see through the burning coals that are my eyes. I hope you feel their heat in your black heart!! Plus, they mocked us along the course with signs that said “Wine this way.” SHUT UP I KNOW! Why do you think I ‘m doing this stupid run?

At last I got to the top of a hill, looked down and saw a checkered tent and the announcer from the start of the race. Finally, the end, I started to sprint down the hill to finish strong. And then as I got there, he said in a chipper tone “Good job! Only half a mile to go!” And I punched him…in my mind. Had I not been so busy mouth breathing I would’ve cried. With my last umpf gone, what proceeded was the longest half mile of my life. I crossed the finish line at 32: 57, 24th among all 30-39 women and 46th overall. And yes, there were more than 46 runners. I ran a 10:37 pace while the first place finisher ran a 6:50 pace. I want that guy tested for performance enhancing drugs. Either that or he’s an alcoholic. 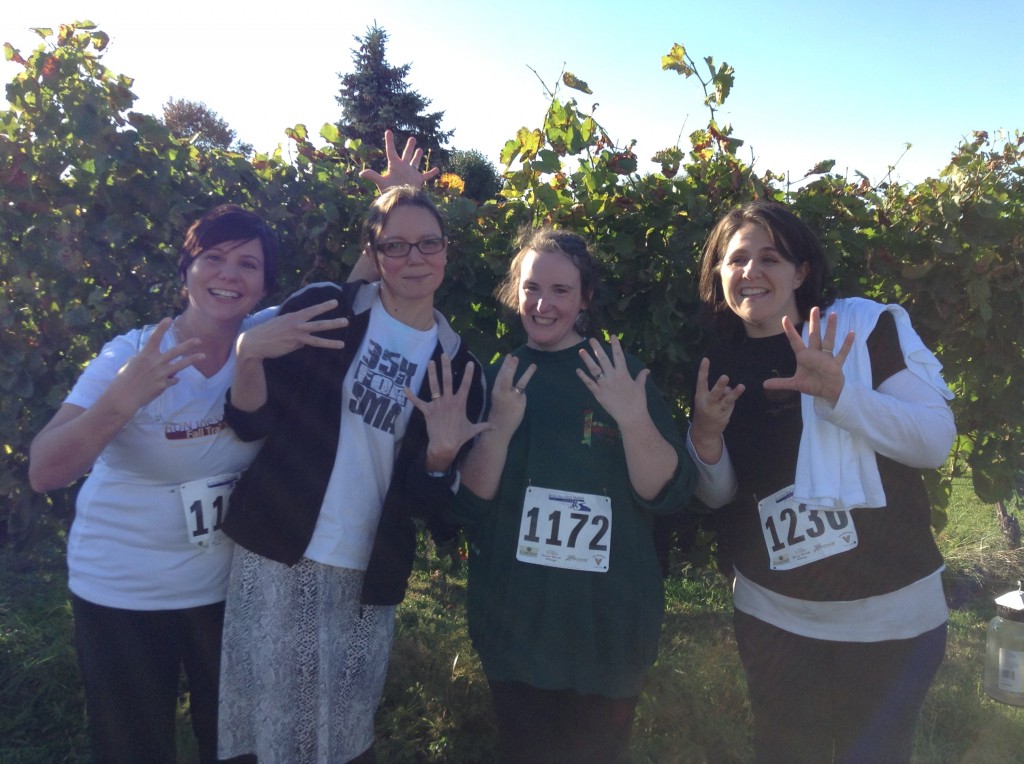 Somehow, after several wine tastings, throwing my hands up in a three and five, gangsta style made perfect sense. I made everyone do it. However they didn’t get the cue to pose with their thug faces.

But soon all my cares and woes were forgotten as the wine tasting commenced. My friends and I purchased a couple bottles and sat on the lawn celebrating our accomplishments. I checked in with Tony and he assured me Fulton was still fine, with a good appetite and no other symptoms. The bug we had before was notorious for stomach pains and low appetite so I’m pretty sure yesterday’s episode was a one time thing. But everyone is on a double does of probiotics and holy water just in case. 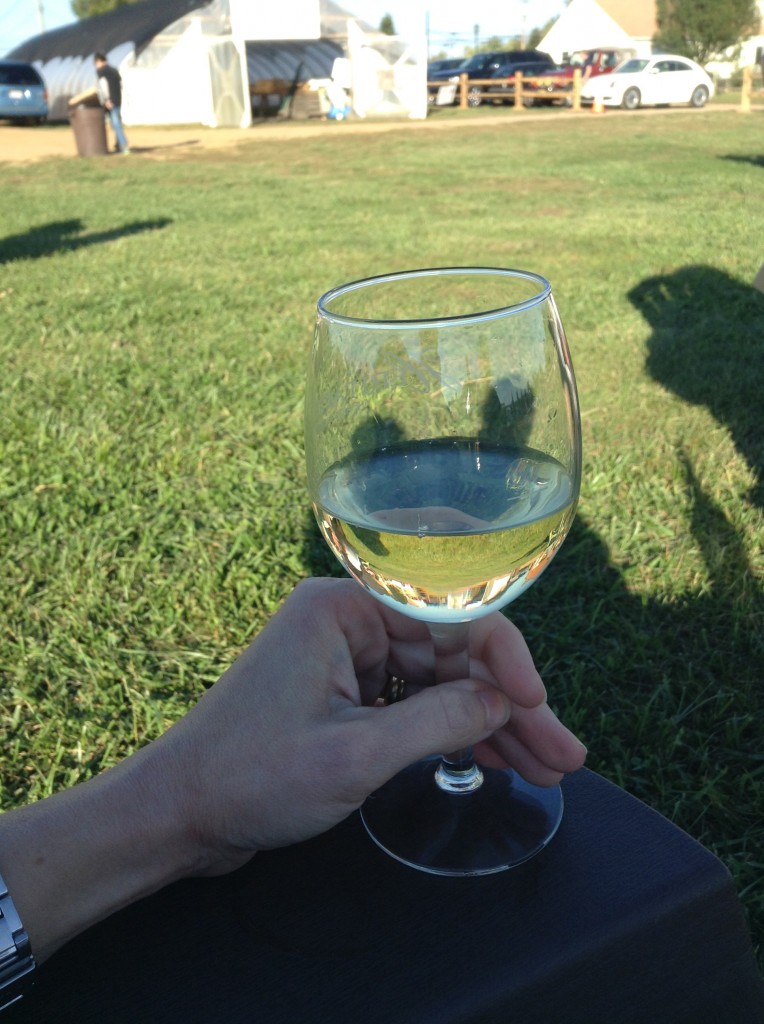 This is what 5Ks should be about; drinking wine.

For my next run, I need to do something on a flat and level surface that also culminates with alcohol. Is there a 5K pub crawl anywhere? While I Google that, be sure to swing back to Fine Linen and Purple for some non-spandex Sunday style. And don’t forget to check out my 35K For SMA page for information on how to donate and summaries of my past runs. After just three runs, I’m over $1,000! All of which will go to other families raising a child or children with SMA. Thank you for your prayers and generosity!
I also encourage you to visit me over at Messy Wife, Blessed Life, where I’m blogging about starting a family prayer time today. A big thank you to Mandi for letting me invade her space.